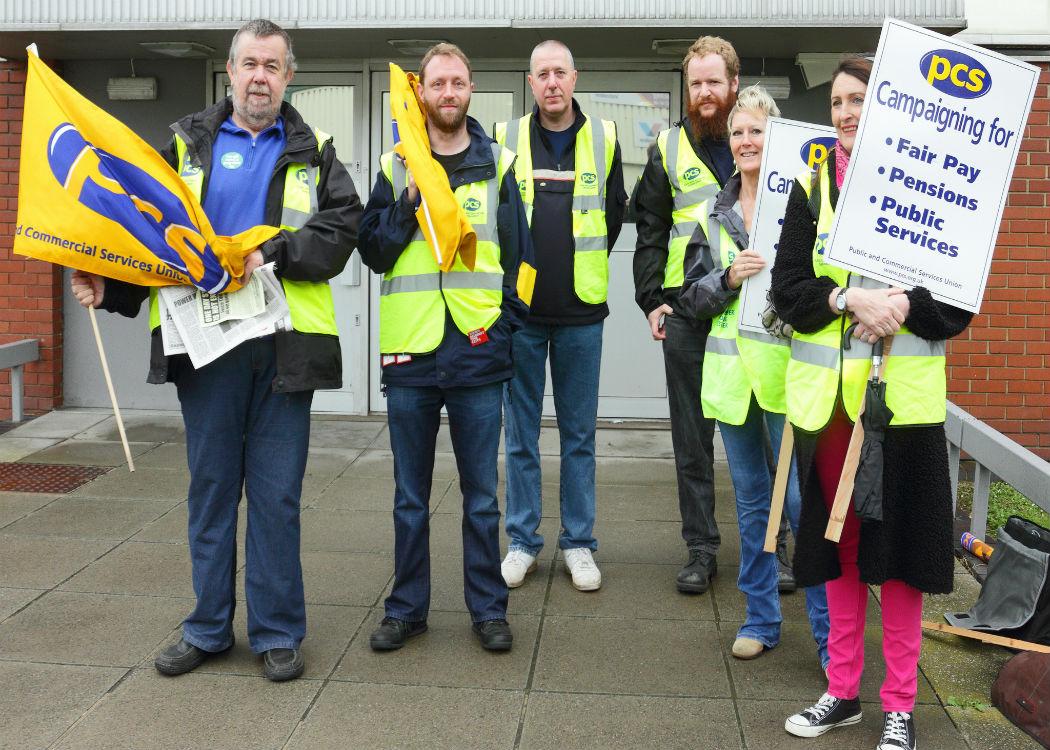 PCS seeking a five per cent pay rise for workers

COURT staff and prison service workers in the Public and Commercial Services (PCS) union have gone on strike over a pay claim.

PCS trade unionist Alan Brown claimed on Twitter that six out of eight criminal courts in Edinburgh were shut as a result.

The PCS is seeking a five per cent or PS1,200 pay rise. The union claims that workers have had real terms pay cuts since the onset of the financial crisis, while prices have risen.

“The new justice secretary should use whatever influence he has to feed back into Cabinet discussions on the budget that civil and public servants can no longer put up with job cuts and reorganisations and carry the impact of austerity cuts in their pockets with pay freezes and pay restraint.” Henderson added.

The union claims there is concern about mounting workloads and job security for prison service workers.

The strike comes amid industrial action from the PCS across various sectors, with action taken last Friday, 23 January, in museums and libraries; last Thursday, 22 January, at the Scottish parliament; and last Wednesday, 21 January, in various Scottish government bodies including Scottish Enterprise and Highlands & Islands airport.

The strikes are part of PCS’s ‘Fair Pay Scotland’ campaign, as the Scottish government imposes the same one per cent pay cap as the UK government; a pay cap in real terms.

PCS say staff who leave have not been replaced, and the strain has led to a doubling in the number of stress-related sickness absences.