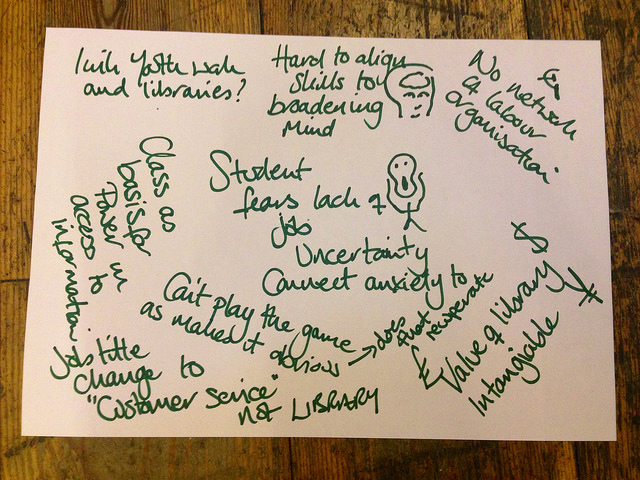 Daniel McMahon, member of activist collective Solidarity Against Neoliberal Extremism, explains why they are organising a series of teach-ins on neoliberalism as part of a radical education programme

SINCE February 2017, an activist collective called Solidarity Against Neoliberal Extremism has been meeting to discuss how to build a social movement in Glasgow. Many of us were sick of the austerity cuts of the city programmes and others equally alarmed at the lack of engagement. In Glasgow, it doesn’t feel like city residents can have much of an impact.

From these discussions, we decided to come up with two community education courses, one on democracy and one on neoliberalism. These courses intend to build the radical, emancipatory, community-building politics that we would like to see in Glasgow, through reflection and action. These courses intend to transform the conversation about what we would like to see from the city and what stands between us and this transformation. We know that neoliberalism is a really powerful framework for a lot of what we are fighting against in the city, our workplaces and politics generally.

We also realise that it is a totally daunting concept, so we devised a course to help us learn from each other. We firmly believe that anyone can engage with this course, even if you haven’t written a thesis about the Washington Consensus and don’t spend your nights arguing with Ayn Rand fan Twitter.

So just what is Neoliberalism?

Neoliberalism is the metronome beat in our working lives, seeming to gain pace in any high pressure situation, our heart-rates wired up to Capital’s pressures and desires. It is the busy tone on the GP surgery phone line. It is the pitch for a new planning application devoid of any concept of social power, privilege or poverty. It is the silent ranking of our body types and shapes against friends’ and colleagues’, viewing them as defective units of human capital. It is watching the spaces around us transform to empty, dingy and under-appreciated post-industrial landscapes or, desirable, expensive and swanky like the West-end.

Neoliberalism is a mammoth (though not the woolly kind) to some of us, simultaneously everywhere, reorganising our lives to meet the needs of capital; and it is also nowhere, unspoken and ill-defined.

A set of fringe ideas was brought in from the cold in the 1970s, as a framework for rescuing capitalism from a crisis that had hurled global currencies into free fall. It found willing state practitioners, mainly in the US and UK, politicians determined to keep the capitalist show on the road at any price. And aren’t we paying that price?

While the word may only be uttered on the left, the effects of neoliberalism are all around us. It has become ‘hegemonic’, to borrow from the late Italian marxist Antonio Gramsci, in that the mindset it cultivated and the institutions it embeds are dominant in society. Nowhere is this more obvious than in the term ‘freedom’, which has been co-opted by right-wing politicians to refer to ownership of private property, the right to have power over others, the best outcomes resulting from competition within a free-market and self-help as the route to personal liberation.

READ MORE: John Rogers – If we’re really serious about getting change the fragmentation of activism needs to end

With this philosophy being pumped out through newspapers and think tanks, self-help conferences and prosperity preachers, the Global North was primed for a shock politics; deregulation, privatisation of what had been public services and controlled demolition of the welfare state that had protected citizens from destitution. What it means to be human is to be self-interested, and self-actualising, to make rational decisions to maximise rewards and not ask for assistance when you fall into a crisis. Any misfortune must be entirely of your own making.

While this story is powerful, the economic stagnation of working people across the western world (the UK and the US in particular) since the introduction of this new story leaves many feeling like they are living in a mirage or mass delusion. At the same time, the harsh discipline and condemnation that meets them with every personal tragedy or misfortune doesn’t seem to be dished out for corporate actors in the same circumstance, as we witnessed most dramatically with the response to the global financial crisis.

Anti-neoliberal writer and campaigner Naomi Klein: “After forcing decades of grinding austerity on people, Treasury secretaries and finance ministers and chancellors of the exchequer suddenly found trillions of dollars to bail out the banks; people suddenly witnessed their governments printing vast sums of money. They had given up so much – pensions, wages, decent schools – when in fact, contrary to what Margaret Thatcher claimed, there were alternatives.”

And yet, despite moments of counter-hegemony, where the limitations and contradictions of neoliberalism are obvious, we still struggle to imagine overcoming it. Most people can see that the government is acting as a broker with corporate interests, participating in a race to the bottom on employment conditions, workers rights, and wealth taxes to remake the world as an antisocial disaster movie. This is a mode of governance with no mass constituency or social license, and yet it tightens its grasp and hacks the motherboard in its threatened state. How do we tie these moments to the type of systemic critique that will create the groundswell of energy for a new way of living?

Just last week, new points of weakness within the system became exposed. The largest corporate donor to the Conservative Party, Lycamobile, who provide pre-paid top-up phone credit cards, are being investigated by the French authorities for money-laundering and tax fraud. The investigation is focused on a subsidiary of their business, Lycamobile Credit, receiving large payments from what are very likely to be shell companies, according to Buzzfeed News.

However, a request by the French authorities for cooperation with the investigation by HMRC, asking that they look into their London offices, was met with a bizarre refusal email, on the grounds that “this is clearly a very large investigation on behalf of the French authorities and involves companies with vast assets at their disposal”. The email even mentioned that “it is of note that [Lycamobile] are the biggest corporate donor to the Conservative party led by Prime Minister Theresa May”.

This is the neoliberal state at work – if HMRC was truly independent, not only would it be totally irrelevant that the company donates to the Tories, but it would also not be of concern that the company is large enough to pursue litigation if the case is pursued.

The challenge for any left project in the face of obvious double standards of justice is to continue the conversation. We should expand the analysis and hold together the strands which reveal the deeper implications of such moments.

How can we speak about the rotten system of wage labour and the precarious nature of modern work while being sensitive to other sources of oppression? What is the relationship of capitalist oppression to hierarchies based on race, class, gender, cis-normativity, disability, sexuality and immigration status/having papers? How do we cope with the constant co-option of radical and emancipatory language by transnational corporations in advertising? Why are the poor, immigrants, the marginalised and citizens of the global south currently scapegoated for everything from crime and wage stagnation, to climate change and global terror?

Radical Education as a Solution

One tool that we have at our disposal is radical education. With radical, anti-oppressive, problem-posing education, shifting us from alienation to “humanisation”, according to the late Brazilian educator Paulo Friere.

“The world – no longer something to be described with deceptive words – becomes the object of that transforming action by men and women which results in their humanisation,” Friere said.

This is really what we hope to achieve with our new course, ‘WTF is Neoliberalism?’, a set of revolutionary ‘teach-ins’ deliberating the key pressure points of neoliberalism, its relationship to the state, the soul and PR culture, the coming climate catastrophe and mass species extinctions, and how it impacts space on our sense of place within Glasgow. In the spirit of creative exploration, there is also the chance for community members to act as teacher-facilitators and run courses on topics of their interest, with a critical lens.

You can sign up to our course through Brown Paper tickets.

Join the conversation about disrupting neoliberal hegemony on our facebook page.

ENJOY READING COMMONSPACE? Click here to get our daily newsletter, so you never miss an article