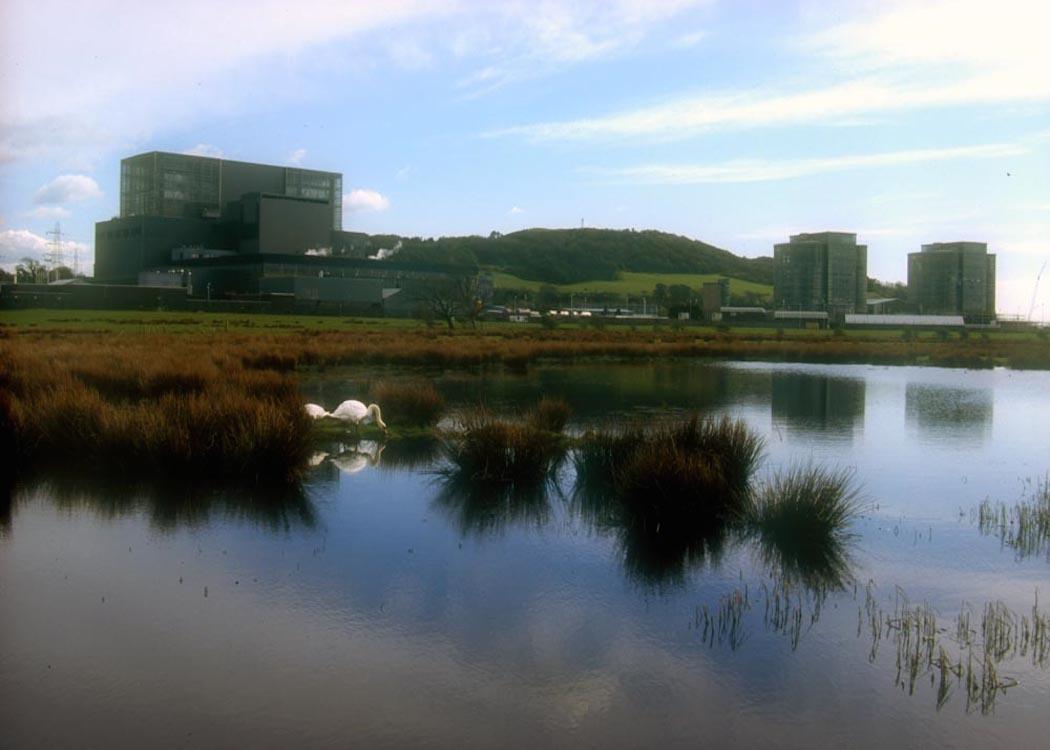 SCOTLAND MUST SPEED UP its transition from old to new energy sources, according to campaigners concerned about the latest safety warning at an Ayrshire nuclear power plant.

Cracks were found during checks at Hunterston B plant, which is situated six miles south of Largs in North Ayrshire.

The plant – which was due to close next year – had its lifespan extended to 2023, which presents challenges for those trying to maintain the security and performance of the station.

WWF Scotland director Lang Banks argued that the latest warning made the case for a full transition to clean and green energy sources.

Banks, commenting on the incident, said: “News of more cracks in the country’s ageing fleet of nuclear power stations underscores why we’re right to be taking steps to harness cleaner, safer forms of energy. It also highlights the need for us to be shifting our focus from relying on large energy generation like coal and nuclear power to capturing the hidden value of managing our demand better – this is an essential tool that we must use if we are to cut bills and realise our full renewable potential.”

Hunterston B is one of Scotland last nuclear power stations, alongside Torness in East Lothian. Hunterston faced a similar problem with cracked bricks in the graphite core when inspections were carried out last year.

On several occasions Torness plant has shut down operations due to clogs of seaweed or jellyfish in its cooling system.

Scottish Government Energy Minister Fergus Ewing MSP reassured the public that the plant remained safe, but that the ageing plant was an example of the need for an alternative energy strategy.

Ewing added: “The reactor operator has provided assurances that there are no immediate safety implications affecting Hunterston-B, and that it is safe to continue generating electricity. At the same time, this development does illustrate that Scotland’s nuclear facilities have a limited lifespan and we need to put in place longer term energy alternatives.

“Just yesterday the UK Government recognised belatedly that its policies have weakened energy security and pushed up bills but they continue to miss opportunities to put in place new plans to address the gaps in UK energy policy, with few if any new actual incentives to drive energy generation. Their policy is inconsistent in terms of getting the best deal for bill payers, incoherent in terms of reducing carbon emissions and is proving ineffectual in terms of ensuring security of supply.

“The Scottish Government is opposed to the building of new nuclear capacity in Scotland, as it would divert billions of pounds away from renewable alternatives where Scotland has a key competitive advantage. Subject to strict safety considerations, extending the operating life of Scotland’s existing nuclear stations can help to maintain security of supply while the transition to renewables and cleaner thermal generation takes place.”

While the Scottish Government is keen to focus on wave, wind and tidal energy, Westminster has cut support for the new industry in favour of more nuclear power plants in England.

Chancellor George Osborne recently announced cooperation with the Chinese Communist Party as part of funding for a PS24.5bn plant .

The costs for decommissioning the Sellafield nuclear plant in England have risen to PS53bn .

The latest nuclear fear at Hunterston B follows yesterday’s [Thursday 20 November] confirmation that a source of radioactive pollution had been found at Dalgery Bay in Fife.