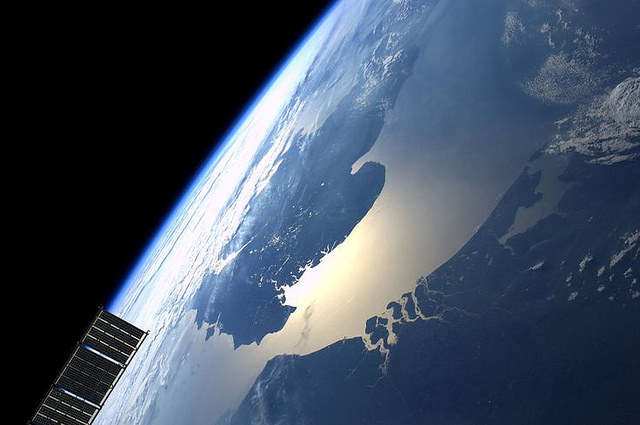 Craig Berry, engineer and author of a Common Weal report on Scotland’s Space Industry, explores the potential openings for the space sector north of the border after Sutherland was selected for the first UK spaceport – to stay ahead of US and emerging market competition will require a level of public investment and European co-ordination not currently forthcoming under the Tories

NOW that Scotland has been selected as home to the UK’s first spaceport, we are in the process of developing an important pillar of Space 4.0. The European space sector is facing both internal and external pressure, forcing it to enter this new phase of transformation.

Internally, public agencies across Europe are increasingly being asked to show their economic value. Commercialisation activities are prioritised more than ever, with agencies such as ESA, targeting their activities closer to downstream applications, products and services, and having to show the effect of activities on indicators such as jobs, new company formation and economic growth.

Externally, there is an imbalance between Europe and the US in the space sector. The level of investment in the US space sector provides key competitive advantages. This is also coupled with increased pressure from emerging nations which have increasingly become more involved with space.

As space infrastructure is becoming developed in Scotland, there needs to be an industrial policy which creates and shapes this new market. This requires us to develop an objective function and a strategy in which we believe we can achieve it. To do this we need to ensure commercialisation objectives do not get confused with our aims, but are spill-over which are created in the long-run.

An example of this is developing an objective which says; we want to deliver a new space industry which utilises our expertise in engineering to develop technologies which can deliver greater services and resource extraction, which has an overall positive affect to the environment. A spill-over industry to this appears to be emerging through space tourism, something which may bring in additional income, but it would be inconsistent with our objective for engraining environmentalism in our space industry.

This industrial policy will need to be mapped across the entire innovation chain to give business sectors market opportunities in space. Policies which are direct in developing our objective must work hand in hand with the framework and infrastructure we have in place. This actively creates new landscapes that increase the expectations in the private sector for new growth opportunities.

However, as well as creating profitable products and services, we need to ensure this new industry is created to focus on public value over private profit. The public sector can direct policy in areas where the potential for growth is not yet visible, and where the private sector is hesitant to take risks. But as well as assume the risks to the state, we must also ensure we receive some of the rewards, and there is no industry as risky or as rewarding as space mining.

One of the more radical space industries, space mining is increasingly becoming a reality. Investment in space ventures in general has increased steadily in each five year period since 2000, from a total investment of $1.07 billion between 2000-2005 to $5 billion between 2010-2015 (not including debt financing, which brings the total investment during this period to $6.1 billion). Some industry insiders have estimated that space mining may be a reality as soon as 2025, with technology continuously being developed by the industry’s key players such as Planetary Resources and Deep Space Industries.

There are approximately ten thousand asteroids which have been identified near Earth. They vary greatly in size from some having a diameter of several hundred kilometres and others as small as several meters. Of these, Davida has been identified as the most valuable asteroid in the asteroid belt, with a resource value estimated to be $27 quintillion. That is a 27 with 18 zeros after it. However, there are cost-effectiveness issues with obtaining asteroids. The asteroid Ryugu is expected to be worth $5.57 trillion, with an estimated $1.25 trillion profit.

Although this isn’t a task Scotland could do on its own, Scotland can become an important player in building the strengths of the ESA and Europe’s space industry. In order to compete in the global space industry, the European space sector must compete against emerging space nations like China and India, alongside existing nations with large space sectors like Russia and the US. Markets for these new space applications can be diverse and may require large investment into varied infrastructure.

READ MORE – Craig Berry: We don’t have to fear the AI revolution – we have to democratise it

The ESA, with its connections to its member states, has utilised space policy to develop programmes such as the Galileo or Copernicus constellations. However, the ESA could take a leading role in further coordination of regional space actors and the space agency. This would allow countries like Scotland to connect to a stronger network of new space nations in Europe, allowing each country to focus on their specialisation, and on an international scale, allowing Europe to be much more competitive. This would facilitate pan-European ecosystems which follow a smart specialisation strategy.

Some of the greatest advances in Silicon Valley’s IT revolution have been and continue to be co-funded by government—from the grant behind Google’s algorithm, to the technologies inside the iPhone, to the large guaranteed loan provided to Tesla. Even if the old government style of market intervention (to only be a market failure tool) remains the future of space, space travel is seeing ever cheaper services and to ever more customers who force the governments hand. The future of space will be determined by breaking down the dichotomy between “old” governments and “dynamic” governments.

REPORT: Scottish Space Agency – a discussion of Scotland’s place in the space industry

Scotland is already an important player in the new space sector. It represents 18 per cent of the UK’s space industry jobs, with more satellites built in Glasgow in the past two years than in any other European city. Scotland can lose this position without sufficient investment in its space infrastructure, research and development.

The announcement of the development of a spaceport in Scotland is certainly positive news, and the cases of the other potential Scottish spaceports continue to stand strong. However, through the paradigm of austerity, the future of European space is bleak when compared to the advances of existing and emerging space nations.

When Common Weal released its paper on the space industry it called for Scotland to think big and develop a spaceport. The future appears to have been on our side through the noise of laughter by Scottish conservative parliamentarians. But I issue this warning; the future of space will become a laughing stock in Scotland in the long term so long as the Conservatives remain in power.