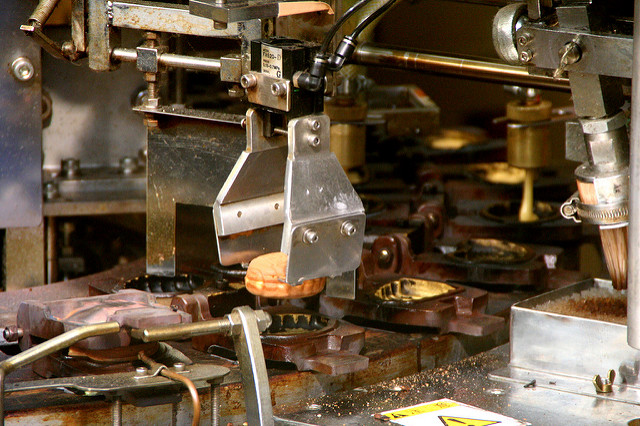 Craig Berry, engineer and author of Common Weal reports on energy and space policy, says the report published by the Scottish Government and STUC last week on automation misses the mark – only by democratising artificial intelligence can the gains of technological change be accrued to the many

IN the 1960s, it was debated whether tankers would be replaced by robots. Through technical euphoria, it seemed a matter of time before tankers simple activity would be taken over by a mechanical successor, which would result in significant savings.

Others said that the job was too complicated to be handled by a machine, and that customers would miss human interaction. The work seems simple and mechanical at first glance, so the jobs of the service station are protected.

In the end, neither side was right. Self-fuelling came into fashion and was sold by advertising campaigns as modern and contemporary. Within a few years, customers did the job themselves, service stations became unemployed, and nobody talked about tanker robots anymore.

Two things can be learned from this: Firstly, not everything that can be automated is actually automated. Secondly, jobs do not necessarily remain. Often it is simply rationalized by shifting work processes to the customer. Whether in fast-food restaurants and self-service cafés or when booking a flight, online banking or buying tickets – the examples are everywhere. This is now happening in local stores, making the customer the cashier.

The Scottish Trades Union Congress and Scottish Government have produced a report on the impact of automation on the Scottish labour market. The report envisions two scenarios, one witnesses large sections of human redundancy while the other sees workers employment resilience to the rise of machines.

The report argues that is it “very difficult to tell” what the future may look like, but they also legitimise fears that workers have for their careers. These arguments both fail to understand how automation changes work.

Rarely, jobs are freed up directly for machines, rather a reorganisation takes place around new technologies. In most cases, the impact of introducing new information technologies is more complex than replacement. There are other processes, different job profiles, other people with different qualifications. Will autonomous trucks, which are currently being developed and tested by all manufacturers, make the truck driver unemployed?

It is possible that other scenarios do not provide for an empty driver. Instead, the driver picks up tasks of handling correspondence, contacting customers and suppliers, as well as accounting activities – the vehicle becomes a mobile field office. The takeover of other activities will significantly change the remit of the truck driver. This advances opportunities from purely haulage to transport management, with such employment level requiring a recalibration.

The Foxconn Technology Group is the world’s largest manufacturer of electronic components, it is also Taiwan’s largest exporter and the world’s third largest commercial employer with 1.3 million employees. The company, which manufactures tablets for Apple, became known around the world a few years ago by its scandalous working conditions, reminiscent of the early days of capitalism, like a Victorian workhouse. Foxconn, prime example of the dark side of digital capitalism, stunned everyone when it announced that it would introduce one million robots over the next three years. By May 2016, a government official from the South China Morning Post announced that the factory had reduced its workforce by introducing 60,000 robots.

A study by the Oxford Martin School reports that white-collar jobs, the so-called knowledge workers, who were still the winners of computerisation, are now at risk. The University of Oxford looked at 700 professions in the US and found that 47 percent of them were threatened by computerisation. In addition to jobs in the logistics industry, credit counsellors and real estate agents are on the list.

The knowledge workers society is challenged through programs such as robots of search engines and algorithms that are increasingly replacing the thinker. The disappearance of the middle class is another formulation of fears that machines are increasingly replacing well-qualified workers. The hope that the knowledge-based society will create new jobs is deceptive. Although new occupations have emerged, such as social media experts and search engine optimizers, they too must expect to lose their jobs in the next round of computerisation.

READ MORE – Craig Berry: The universal basic necessity in the age of the machines

Capitalist reality shows that the replacement described, in both directions, takes place on a daily basis – whether the machine replaces the worker or the machine depends on the worker, whatever is more favourable. The examples refer to the mutual interchangeability. The masters of algorithms are equally masters over workers and robots. They own the means of production, the factories and programs, and command people and robots alike.

Should we not be happy about the future of work in an automated world? From the perspective of someone who has to make a living and who’s job is at risk, a fearful attitude is understandable. But should we accept this or fight it? One of the fathers of cybernetics, Norbert Wiener, warned against wanting to compete with the vending machines in the early 1950s, because “every vending machine is the exact economic equivalent of the slave. Any work done by slave labour has to adapt to the economic conditions of slave labour.”

Doom-and-gloom need not be the future of the AI revolution, so long as governments are able to provide support to its workers by equipping them with the right skills to prepare for future trends in the market. AI applications can liberate people from repetitive and dangerous manual labour with machines taking on a collaborative role which encourages partnership instead of rivalry. However, this isn’t the natural progression, there needs to be assistance in supporting the human element of the worker-machine dynamic.

Smart machines aren’t as important as the policies which surround them. New technology has always seen jobs displaced, but we see today that job displacement is rising faster than the jobs being created in certain sectors of UK industry. The role of a government in this scenario is to preform risk management, focusing on measures to help those that are going to be displaced through social safety nets.

READ MORE – Craig Berry: A robot tax to fund a universal basic income is not enough – let’s think about UBD instead

The European Union has proposed a resolution in its Rules in Robotics report following the South Korean model, including interesting sections such as avoiding the dissolution of social ties, equal access to progress in robotics and restricting human access to enhancing technologies (see sections 4.1.7 – 4.1.8).

Regardless of this, this doesn’t tackle the main concerns of technology – the impact on social classes and concentration of capital. To do this, we need to ensure that technology is marked by technological socialisation.

Expanding profit-sharing arrangements could civilise the pace of automation growth and corporate profitability through a Universal Basic Dividend (UDB), financed through a percentage of capital stock (shares) being placed in a common depository. Through the UDB, society would be a shareholder of their own economy, with the dividends distributed evenly to every citizen. This would help citizens recoup some of the income lost to automation.

The capitalism of the Turing machine has developed an enormous potential to make us all unemployed. There is no rationality of automation that would decide by reasonable standards what should and should not be automated. We must now commit ourselves to the efforts of reducing damages to the economy which rising technologies may produce. Silicon Valley believe this needs to be done through a Universal Basic Income, but this is their response on their terms.

As the AI revolution looms, a new socioeconomic model is nearby. Through democratising these technologies we must ensure that the future is on our terms.

ENJOY READING COMMONSPACE? Click here to get our newsletter so you never miss an article