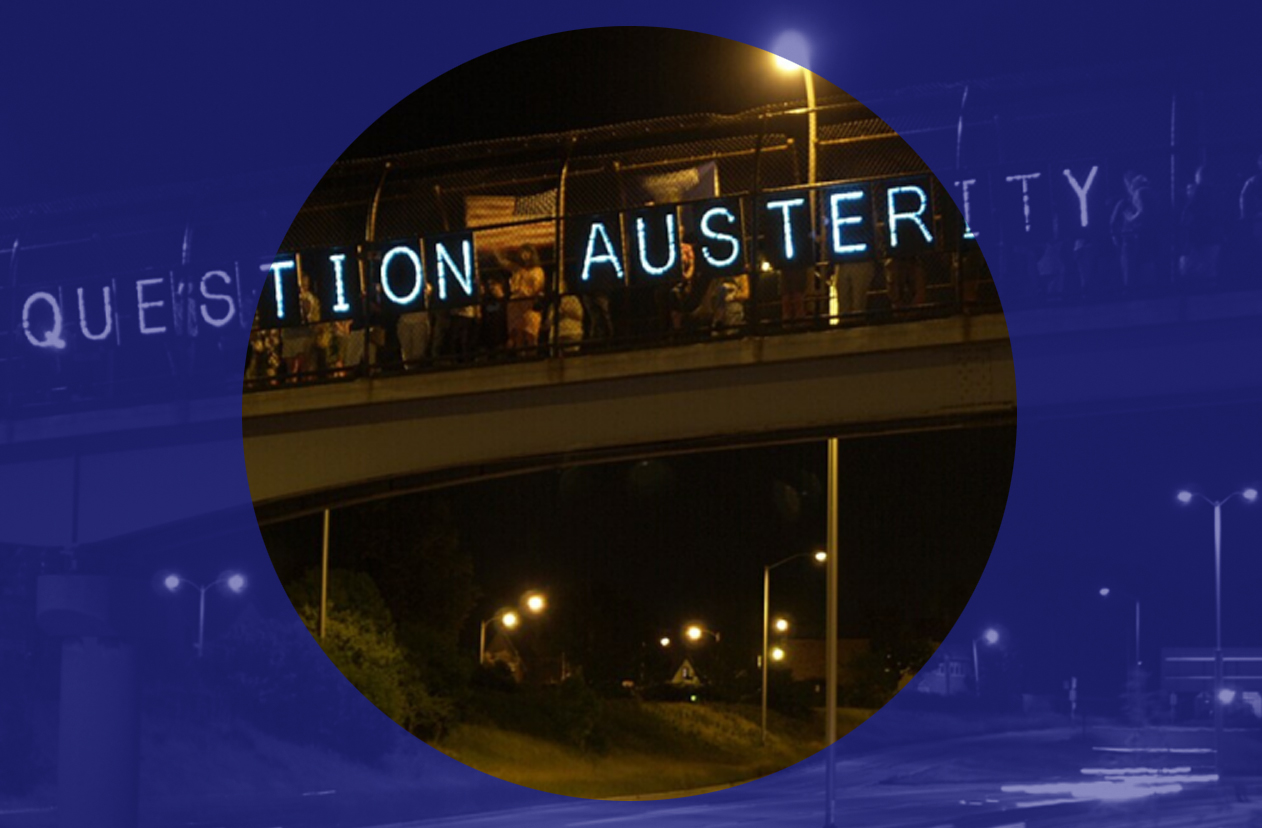 “Times are interesting enough without fettering our country with rules that no longer make sense, never did, and will ultimately leave us vulnerable to another round of crises as the economic cycle returns to ‘normal’.”

Common Weal’s head of research and policy Dr Craig Dalzell warns that, amidst multiple crises, the UK cannot afford to return to ‘normal’

“MAY YOU live in Interesting Times.”

There’s a reason that this proverb is often considered to be a curse more than a blessing. 2020 has marked itself as one of those years as far from ‘Normal Times’ as can be imagined. The UK is experiencing a constitutional crisis, Brexit, an oil war, trade wars, a financial crash equal to or exceeding 2008 and a global pandemic that threatens to equal or exceed the 2018 Spanish Flu.

But the Interesting Times extend to the more mundane level of party politics and national budgeting as well. The UK’s Budget last week marked a decidedly ‘not normal’ departure from what many would expect from a Conservative government. After a decade of self-imposed austerity, the Conservatives are ready to turn up the spending taps and increase it again.

To be fair, the End of Austerity this is not. Current spending – the money covering the day-to-day costs of running public services – isn’t changing by much and certainly isn’t getting the money that they say they need to recover from the last decade of cuts. And current Tory ideology means that  investment – while being pushed outside of London to ‘level up’ the outlying regions despite the ‘natural gains’ of the previous policy – is likely to become increasingly politicised.

“Here is your cookie for voting for us in 2019. Now remember who gave it to you and who can take it away again.”

Politically targeted investment it may be, but investment it remains nonetheless and this extra spending brings into sharp contrast the inadequacies of the current Scottish Government’s spending policies regarding the first years of independence.

The Sustainable Growth Commission laid out a policy – since adopted by the SNP – of an independent Scotland restricting public spending growth to below GDP growth – given the figure of GDP growth minus one per cent as an example. They claimed that this would still result in real-terms growth in public spending and therefore did not constitute austerity. I, and others, disagree.

To understand, we have to look at how the SGC stated that they would grow the economy. The first lever was ‘productivity’ – the idea that if a worker can be given the tools to produce more widgets in a single hour then their widget-per-hour productivity increases. But Scotland and the UK’s economy has suffered from a “productivity puzzle” whereby productivity has largely stagnated. It is suspected that this is due to the shift from manufacturing to services. A production line can produce more widgets per hour, but it’s difficult for a carer to care for more people per hour without degrading the level of care. There’s an Economics Nobel Prize waiting for someone who solves this puzzle.

The second lever is ‘inclusion’ – to get more people who are currently ‘not economically active’ into work. But as when ‘, we quickly realise that ‘not economically active’ people include students, the retired, people caring for children or other family members and people who cannot work due to illness, disability or some other factor. Of the 8.5 million people across the UK who are ‘not active’, only 1.8 million could, in fact, take up a job. Even if it can be done, this only boosts the economy once. It cannot be relied upon to provide the sustained economic growth desired by the SGC.

So this leaves the final lever – population. I’m in favour of increasing immigration and breaking the ‘Hostile Environment’. Common Weal will be publishing papers this year showing how immigration will be required to help with Scotland’s ageing demographics and with helping to implement a Green New Deal. But if we don’t reshape our economies along with this, particularly with the latter, then we increase the number of people in the country without increasing productivity or inclusion.

How does this result in Growth Commission austerity, even when playing by their rules and definitions?

Imagine a school with 1,000 pupils. If you, the education minister, cuts the budget so that the school can only teach 950 pupils worth of lessons, then that is classic austerity. This is inarguable.

Imagine though that population has increased to 1,100 pupils and you, the Growth Commission Education Minister, says that you’ll increase funding in real terms but only to a level below GDP growth. GDP has increased from 100 per cent to 110 per cent thanks to immigration, so you increase the school’s funding to 105 per cent to meet that rule. Your school with 1,100 pupils can only teach 1,050 of them.

To me, that it still inarguably austerity.

Under the UK’s new Budget, the Scottish Government will see an additional £640 million added to the Block Grant, primarily for investment spending. Plugging the Growth Commission’s rule of increasing spending by GDP growth minus one per cent into GERS shows that if it operated under that rule this year then Scotland would only be able to increase capital spending by £430 million this year unless even tighter restrictions were applied to current budgets elsewhere.

The upshot here is that Scotland is facing two major options on its future once we recover from the current COVID-19 pandemic. Scotland tries to win an independence campaign based on restricted spending, tight fiscal rules governing policy and an attempt to remain in ‘normal’ times that have been wiped away as cleanly as the pre-2008 world was in the last crisis, or it can stick within a strangely-investing Conservative UK where Scotland can jockey and dance with the other regions to try to win a few more crumbs from the table.

Neither option is particularly palatable to me, so I have helped to create another option. One that recognises that Interesting Times – in the form of a climate emergency – will be with us for a while and we must reshape not just our nations but our assumptions about how they run in order to adapt and even thrive under the new conditions.

Despite the new investment packages, a Green New Deal will be just as impossible under a Conservative UK as it will be under a Growth Commission Scotland, but it is made no less necessary by the current crises.

Scotland should be prepared to come out of 2020 with a roadmap to reshape our economies post-pandemic. I wonder how all our home-working and self-isolation will reduce CO2 emissions and I wonder how much of those environmental gains can be kept by not leaping immediately ‘back to normal’ but changing tack into something better.

I wonder how the new financial crash will make us realise just how much of our environmental impact was caused by our consumerist lifestyles and how much of the panic-buying seen recently could be averted by reducing our reliance on complex and fragile supply chains.

It is much too early to determine the full extent of the current pandemic and therefore much too early to be talking in concrete terms about what comes ‘after’, but from where I am currently sitting – working from home, though currently well – many of the things I can see being discussed are options that were already there and must be implemented anyway if Scotland is to meet its goals as a zero-carbon nation.

We need a Green New Deal, we need one as soon as possible and we need everyone who would block and delay such a plan – be they the UK Government or the Scottish Government – to recognise this and either get on board or get out of the way.

Times are interesting enough without fettering our country with rules that no longer make sense, never did, and will ultimately leave us vulnerable to another round of crises as the economic cycle returns to ‘normal’.