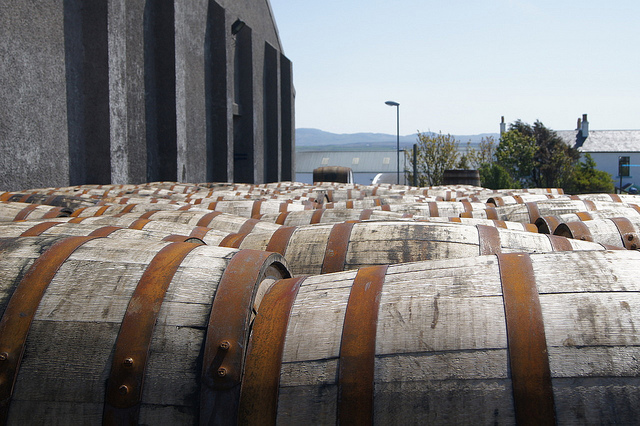 THE new Export Statistics Scotland publication shows the global opportunities for Scottish goods and the solid foundations for the economy of an independent Scotland.

The annual ESS report came out yesterday and – as is traditional in Scottish politics – was pounced on by those eager to make a quick headline out of the numbers. When statistical reports like this come out it’s always better to take a bit of time to dive a little deeper into them and to discuss the details that can often be far more interesting than those initial headlines.

First though, we should talk a little about what ESS is and what it measures (as well as what it doesn’t measure).

When the UK measures export statistics it is far more interested in measuring what is leaving the UK and where it is going than, really, where within the UK it came from. This is even more true when discussing the trade between places within the UK. It is really only in the context of devolution and, critically, constitutional debates like Scottish independence that the trade between Scotland and the rest of the UK becomes more important than, say, the trade between Yorkshire and Cornwall.

This is not to say that ESS is motivated BY discussions about independence. The civil servants working there take their political neutrality very seriously. They have, however, been described as “more opportunistic, but relatively powerless, statistical scavengers” who seek to better localise and improve upon data provided from a UK level.

To this end, ESS has been developed in a way that solves or bypasses certain problems with UK stats. Particularly the oft-cited “English ports” problem – where Scottish goods exported via ports in England are claimed to count as English exports – is avoided entirely. The ESS stats are instead constructed by asking Scottish companies how much they export and where they export to. The route by which the exports reach their destination is irrelevant.

But there are limits to the ESS stats, which I’ve written about in Common Weal’s 2017 paper Scotland’s Data Desert. They don’t directly capture the full Scottish economy but instead work by surveying a sample of it. Unfortunately, this survey has a notoriously low return rate (most years average a survey return rate of around 30% per cent and they can be difficult to fill in. Supermarkets tend not to ask if you’re taking your shopping across the border (which would be a goods export) and hotels sometimes don’t recognise that servicing foreign tourists is technically a services export even if the service takes place in Scotland.

Another major limit is the fact that the publication only looks at exports – imports are not measured to any statistically significant degree in the UK, to the point that the UK is currently being challenged by the EU on its inability to properly enforce its customs borders (and this is still pre-Brexit!). Without imports to balance the equations, we can discuss where Scotland exports its goods and services but we can’t really tell how balanced our trade is with the rest of the UK or internationally.

Finally, for a variety of historical and statistical reasons, offshore oil & gas is omitted from the Scottish figures. This is obviously a substantial gap and should probably be examined for future publications as other statistical departments like HMRC have done in recent years but right now, it is what it is.

Now that the context is set, we can discuss some of the features of this years publication.

This report will have been welcome news to Derek Mackay and others watching for positive signs in the Scottish economy as – broadly speaking – the overall value of goods and services exported from Scotland was up by 5.2 per cent in 2017 compared to 2016. But trade winds are fickle things and there is a lot of volatility within that gain.

Big winners include goods like computers and optical components (including lasers) which were up 38 per cent as well as fuels and chemicals which were up by 33 per cent but electrical equipment exports were down almost 25 per cent and wood and paper products were down almost 15 per cent (See Common Weal’s paper on reforming grouse moors for potential gains to that particular industry). Service gains include IT and communications (up 27 per cent) and utilities (up 19.7 per cent) but the services sectors of admin and in construction were the sectors seeing the largest falls in exports at -11 per cent and -3.8 per cent respectively.

The Destination of Scottish Goods

This, perhaps more than the overall value of Scottish exports, is probably the hot-button topic when it comes to constitutional politics. The argument often raised is that the UK is a more important trade customer to Scotland as, for example, the EU is and therefore – so the argument goes – Scotland would be better to stick within the UK as it goes merrily on its “Global Britain” journey than we would by becoming independent and (re-)joining the EU.

Her celebratory tone struck me as a bit odd as the Scotland Office has been telling us for some time now that rUK was worth four times as much than the EU.

The UK’s economy has grown more slowly than elsewhere and is simply becoming less important to the Scottish exporting economy. Exports to the rUK dropped slightly overall in 2017 but this was more than offset by growth in trade to the rest of the world both EU and non-EU. The trend in the UK appears to continue the trend started in 2008 and in the wake of the financial crisis and subsequent austerity policies. The UK’s economy continues to contract in on itself as those policies focus more and more on London and the South-East at the expense of everywhere else.

Looking deeper at the shape of the comparison between exports to the UK and to the EU reveals more important details missed by the headlines.

The argument laid out by Unionist politicians is one that relies on the relative size of trade with Scotland but ignores the shape of that trade.

In terms of goods exports, it turns out that the UK is a less important customer for Scotland  than the rest of the world in ALL goods exports categories barring wood and paper products.

The EU is a more important customer than the UK in important sectors such as distilled spirits (in which the EU buys £3 worth of spirits for every £1 bought by rUK), fuels and chemicals, computers and optical components, pharmaceuticals and other high value manufacturing. This is a strong basis for a powerful economic strategy based on keeping Scotland close to the EU. These are also all sectors which are heavily reliant on cross-border supply chains and multinational regulations – something which should be considered carefully as a possibly uncontrolled Brexit approaches.

The UK is, of course, a very important customer in other respects. Wholesale and retail food, Agricultural products and utilities like electricity, water and gas rank highly in terms of Scottish exports to the rest of the UK. This should be considered very carefully by those who threaten, hint or suggest that these industries may be under threat should Scotland become independent, as these are products that the rest of the UK is particularly reliant on. Scotland exported £5 billion worth of utilities to rUK in 2017 – much of which will have been electricity. It is difficult to see where rUK would go to replace this trade should it decide to be difficult in independence negotiations as the current electrical interconnectors to Ireland and Europe are already running more or less at capacity. Threat to food supplies are worrying enough in the context of Brexit without compounding this with misguided and mildly jingoistic statements levelled at Scotland’s trade.

That aside, it is in services that the UK becomes an important customer for Scotland again – these are sectors which are traditionally more dependent on national markets. Even the EU is far less integrated in terms of movement of services than it is in movement of goods. Although there are exceptions; 60 per cent of the value of exported education services go to countries outwith the UK.

Sectors such as financial services and real estate services are probably the areas most likely to be negatively affected by Scottish independence and thus it is important that a forward thinking, independence-minded Scottish Government has a clear strategy to deal with this. It is known that investing large parts of the economy in financial services is damaging to the “real” economy of a country as it sucks investment out of everything else. It is also known that the UK is over reliant on the speculation of land and house values which, again, tends to suck investment out of more productive sectors of the economy. An independent Scotland would therefore be well placed to consider what kind of economy it wants to build.

To this end, Common Weal will soon be publishing a wide-ranging policy paper on what the economy of a Common Weal Scotland would look like. It is sure to provoke discussion and debate and I hope that publications like ESS and our collective deep understanding of them will serve to make that debate even more useful and relevant to the lives of the people of Scotland.

My paper on Scotland’s Data Desert remains correct in its conclusion that we desperately need more statistical data in Scotland as we have arguments about its future direction, but we’re already a step in the right direction with publications like ESS – but only if we take the time to dip beneath the headlines.