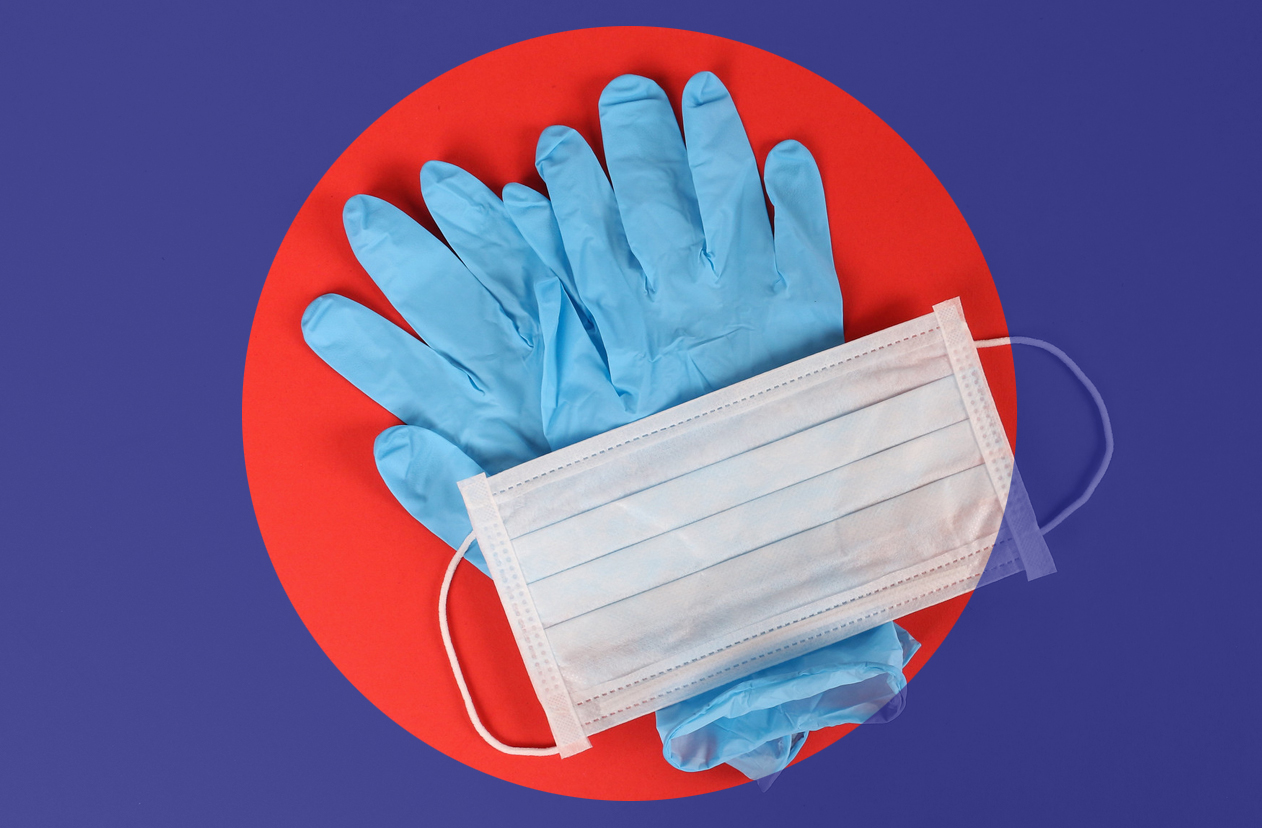 Common Weal head of policy & research Craig Dalzell, author of a paper last month proposing a tiered approach to covid-19 restrictions, examines the Scottish Government’s new five-level alert system. Over a month after Common Weal called for a localised, tiered response to the Covid pandemic and six months since countries like France adopted one, […]

Over a month after Common Weal called for a localised, tiered response to the Covid pandemic and six months since countries like France adopted one, Scotland shall finally move to one of its own. The full framework can be read here along with a review of Scotland’s testing strategy here.

As much as I would like to claim credit for dragging the Scottish Government to this point I rather fear that the final straw wasn’t anything published in Scotland but the fact that Boris Johnson has introduced it in England. At my most cyncial, I might even point at the previous pattern from the First Minister of announcing “what Boris does, plus a bit more, said a bit nicer” and show how that has happened here too. Indeed, it has been remarkable how the First Minister has been able to pivot into proclaiming all of the virtues of a tiered response with all the conviction of someone who always believed it.

Regardless of how it came about and why it has taken so long to get there, the report is out and, while it is still in a draft form and open to modification, it does appear to be similar to what Common Weal and others have been calling for and what other countries have actually implemented.

In our strategy paper we called for ten specific actions and it is worth cross-examining this new framework against out paper to see where those actions have been adopted or where they have not.

1. A National Framework with Tiered Responses

In the broadest sense, this is the entire point of the tiered strategic framework. I’m less attached to the number of tiers themselves (though too few wouldn’t allow for sufficient resolution of responses and too many would be far too confusing around what can and can’t be done in a particular area). However, I do have some concerns about the highest level of the new framework as it attempts to keep as much as possible as open as possible even at Level Four (particularly schools) and that there is an emphasis against the possibility of another “Stay at Home” order for very high risk areas (though, in fairness, it is not entirely ruled out). We have already seen countries and regions in Europe (and, indeed, in the UK) already issuing new very severe restrictions of the kind we saw in Scotland back in March. It may be that a new Level Five will have to be added to account for the possibility of bringing them back.

The criteria used to determine which Level a particular area falls in have not been finalised but appear to follow closely the suggestions laid out in our paper around criteria going beyond simply cases/100,000 people, possibly including factors like rate of change of infection and local healthcare capacity as well as whether the infections are due to broad community transmission or localised cluster outbreaks.

This is where the new framework is substantially weaker than we would like to see. In the first instance, the framework will be based on a Local Authority level resolution only going “beneath” them if the data allows. This, to us, is an admission that the data does not support better localism and correcting this should be considered high priority as the plan is implemented. We remained neutral on how local the zones should be drawn but would point to Public Health Scotland’s neighbourhood map, council ward or possibly even school catchment areas as potentials for this. The critical factor is that the local authorities in that area are the best placed to help draw this map – at the daily briefing today the First Minister herself admitted that council ward might not make sense in an urban area like Glasgow but might well make sense in the Highlands.

The First Minister has also kept a fair amount of control over the final determination about which Level each area is placed in each week. Whilst there must be an ultimate arbiter in cases of disputes (such as the one between Manchester and the UK Government this week) it would be best if local areas are able to have an input on which levels are applied to their area. It should also go without saying that the testing strategy needs to be made as localised as the restriction zones are. People should not have to travel into or out of a high risk zone in order to get a test and this is true even when the framework includes very localised restrictions. Capacity should be built to deliver tests from within these zones perhaps via local GP, pharmacies and health clinics or by house calls.

The social and psychological impacts of this prolonged crisis have been profound and are likely to continue. As more people become ill and are required to self-isolate and as vulnerable people are asked to undergo increased levels of shielding then we need to increase not just the level of checking to ensure that they are complying with those restrictions but that they are able to comply with them. Regular compliance checks should be coupled with regular wellbeing checks to ensure that people have enough supplies to cope through their isolation period but also to ensure that they are not suffering adverse mental or physical health problems by doing so. That this new framework is stepping up efforts to ensure wellbeing is encouraging.

The countries that have weathered this crisis better have been the ones doing random sample testing for monitoring and pre-empting outbreaks. The new framework does include scope for more random testing, though to what extent is unclear at the moment. We’ve called for a minimum of around 1,000 people randomly tested per Local Authority per week, with this to be ramped up in higher risk areas. The framework says that random testing should be dependent on having sufficient capacity so that it doesn’t come at the expense of core testing. People would have reason to be somewhat angry at this statement; to say ‘we shouldn’t do random testing because we didn’t put in place the capacity to do random testing’ is hardly a legitimate excuse. Common Weal has been pushing and pushing for this since April and it is the lack of infrastructure put in place over the summer that is the reason that testing might be displaced. Using past failure as an excuse for future failure isn’t really justifiable. That, independently of the Scottish strategy, Scotland has now been added to the ONS’s random sample survey will help add to monitoring efforts.

Little appears to be said about this recommendation in the new framework other than a step up in testing for high risk public servants such as healthcare staff and care workers. We would also like to see key workers in the Police/Fire Departments included as well as potentially key infrastructure and government workers so that even if the virus starts to spread out of control again, Scotland can maintain its basic capacity to operate.

The new framework – calling for schools to remain at least partially open even in the highest Levels – should be treated with caution. As with Stay At Home orders, school closures have already been ordered in other countries struggling with their second waves and we know now that the virus started spreading in schools almost as soon as it was able to when they reopened in the summer. If local response zones are not based on school catchment areas then there may be a risk that spread within schools could contribute to the spread of the virus across those zones. It is also imperative that teachers and staff are protected as they will almost certainly be at higher risk of severe illness than the majority of pupils and students. Alternative arrangements such as using rooms and buildings better suited to implementing Covid protection measures or even a return to blended learning to reduce classroom populations should be re-considered and these measures should be led by the schools and Local Authorities in question. Schools should not be told of changes to arrangements only when the First Minister makes an announcement during a Covid briefing.

Admittedly this recommendation in our Warning Lights paper was always more about building the frameworks for a future pandemic wave than responding to one that Scotland is in the middle of, but this is also why we wanted this kind of planning to be done during the summer lull rather than waiting till the virus started to spread exponentially again as it has since August.

The First Minister went out of her way in the announcement briefing to explain the level of support that Scotland would be offering affected businesses both in conjunction with UK-wide support packages and in addition to them. This is to be welcomed though we echo the warnings that Scotland is unable to maintain that funding indefinitely due to the limited powers of devolution. The Scottish Government should step up its calls for sustainable funding for Covid responses and should aim ultimately to introduce an Emergency Basic Income to enable people to comply with restrictions that may hit their local area with little or no warning.

Whilst Scotland does not have the power to close international borders, it can and must ensure that incoming travellers are tested and – as is done in many countries where the virus is better controlled than here – that people are diverted into quarantine hotels until they test negative or complete a period of isolation. Unless Scotland’s external borders are secured against the virus re-entering the country, it will be impossible to successfully eliminate it. This point has already been accepted by the framework as it admits that inbound travellers have been a significant factor in the spread of the virus in Scotland since the summer.

None of the measures outlined in the new framework will work unless compliance with the rules are ensured and the new framework does appreciate this point. Bringing the public along with the restrictions and ensuring that people understand why they are required is a powerful tool – more so than draconian fines and punishments being called for by elements of the UK Government (especially as those who can afford such fines may simply price them in to their non-compliant activities and those who cannot afford the fines may simply take a chance of not being caught). However, we must ensure that the principles in the framework translate into action. As many people as possible who are asked to self-isolate, close their business or follow some other restriction should be followed up to ensure that these measures have been taken – it only takes a single person to create a “super-spreader” event that sparks another major outbreak.

Though we would have preferred this kind of action to have been taken weeks or months ago, Common Weal does welcome the new strategic approach that the Scottish Government is taking and hopes that the shortcomings identified can be addressed. The goal of all of us should be aligned – we must create a Covid Elimination Strategy that ensures that the maximum number of people spend the maximum amount of time under the minimum level of restrictions required to eliminate the virus locally and then nationally. Once this is done, we should aim to keep the virus outwith Scotland so that we can live as normally as we can until a vaccine is developed and deployed.