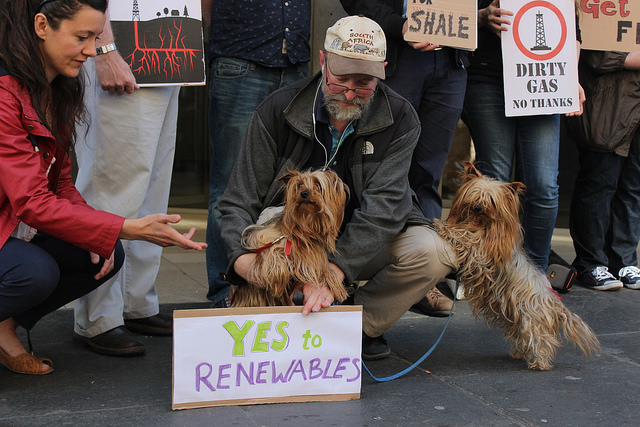 Ineos has lost its legal case against the Scottish Government on fracking. Craig Dalzell, head of policy and research at the Common Weal think tank, looks at what this means and what should be done next on energy policy in Scotland

THE news that Ineos has lost its attempt to force fracking upon Scotland is welcome. Few policies have caught the Scottish public’s attention as fracking has – the consultation last year which led to the change to the planning framework attracted more responses than any other launched by the Scottish Government and was overwhelmingly against the practice.

Previous work by Common Weal has shown that not only is the environmental case against fracking damning, the economic case is extremely damaging too. If it was allowed to go ahead, Scotland would be at severe risk of the same kind of boom, bust and economic desertification caused by previous generations of resource extraction such as coal. It would also be at risk of being abandoned to deal with the legacy of waste and pollution caused once the extraction companies suck their wells dry and move on.

The case won by the Scottish Government today approached the issue from a curious angle; one which perhaps reflects the complexity of the case and of the fractured landscape of devolution but also one which also reflects a government which hadn’t quite appreciated these complexities or had over-reached in its approach to publicising its position.

The issue at heart here is that the Scottish Parliament has reasonably limited powers when it comes to energy and resource extraction. It is up to Westminster to decide who has the right to drill in certain areas and the Scottish Government cannot “ban” that. What the Scottish Government can do – and has done previously in areas such as preventing new nuclear power stations – is block planning permission applications relating to fracking activity. A company might have the right to drill in a certain area but if they don’t have permission to build the well, then the activity is blocked.

The term “ban” is also fairly problematic for a democracy. It is a founding principle of a democratic nation that no government can bind its successor. If the people of Scotland one day vote for a pro-fracking government then that government cannot be prevented from allowing fracking (even if it must pass legislation or a constitutional amendment before it is able to do so).

So it is on this that the court case turned. When the Scottish Government told the press that it has “effectively banned” fracking, it was speaking somewhat beyond its remit and this provoked Ineos to take action. The court has today decided that no such “ban” actually existed. What, in fact, is in place is an instruction from the Scottish Government to decline permission to build fracking infrastructure which will stay in place indefinitely until the Energy Minister – acting with the permission of Parliament – changes that instruction.

So what happens next? Well, maybe the Scottish Government will be a bit more careful in drafting its press releases in future for one.

More seriously, the Scottish Government will want to finalise its proposals to integrate the fracking block into the national planning framework and to make it as much a part of the Scottish energy strategy as the block on new nuclear plants is. Ineos may or may not look to appeal this ruling. They may or may not seek to lobby the Scottish Government on the “benefits” of fracking (to them at least) or it may seek to lobby Westminster to take more control over this area as part of a UK-wide energy framework.

Or we could collectively decide that the fossil fuel economy should go the way of the dinosaurs and Scotland could push harder to create a zero-carbon economy before it’s too late.

The Scottish Government will be celebrating today’s judgement but it should look ahead to make sure it is never placed in this position again. Scotland cannot have its policies decided for it by companies whose fundamental responsibility is not to the citizens of Scotland but to their own bottom lines.