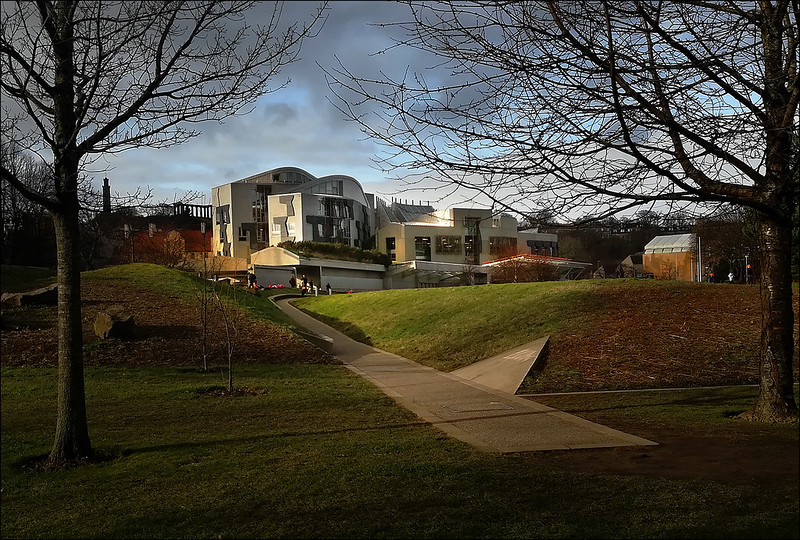 THE BREAKING this morning of shocking and abhorrent revelations surrounding Derek Mackay’s conduct will almost certainly dominate the news today and his resignation was inevitable when they did.

I certainly do not envy Kate Forbes, who has been announced as his interim replacement and was either told last night or woke this morning to the message that she’d be giving a budget written by someone else and not only expected to defend it, but to take it to negotiations in order to pass it through a minority-controlled parliament.

To compound the difficulties facing this year’s budget, Brexit, the December election and ideological changes at Westminster have resulted in the UK budget being delayed till 11 March.

Under the current constitutional arrangement, a large chunk of money available to be spent by the Scottish Government is derived from the Block Grant. This Grant is determined by the level of budget allocated to English public services (If England’s healthcare or policing budget is increased then the Scottish Government can expect a proportionate increase in the Block Grant, although it is free to allocate that spending as it wishes and need not spend that amount on healthcare or policing – though there will be obvious political pressure to do so).

With the UK budget delayed, the Scottish Government will not know exactly what its Block Grant will be this year – all it can do is make estimates based on current levels and trends, as well as extrapolate from the promises of a UK Government already known to have only a tangential relationship with such commitments.

We must combine this with further complications such as the deeply linked nature of certain taxes. Scotland now has control over the rates and bands of income tax – and since last year has shown the willingness to use that control – but it doesn’t have power over the tax-free Personal Allowance nor over National Insurance. If these are reduced – as Boris Johnson has promised to do – then the Scottish Government may want to increase income tax elsewhere to compensate. If the bands within Personal Allowance and National insurance are changed so that they overlap with Scottish income tax bands then it could lead to a very messy situation where it could become difficult to calculate how much tax someone actually owes.

And so the Scottish Government has been forced to draw up an uncertain budget, based on guesses, estimates and manifesto pledges, in a system where it is barely allowed to borrow to cover shortfalls and gets lambasted for ‘underspending’ when it doesn’t.

We will all have our opinions on today’s budget, but I think we should all be united in our call today that since the UK Government has forced this situation on the Scottish Government then it absolutely must not use its benefit of hindsight to deploy the UK budget in a way which jeopardises any of the assumptions made today. Either it must keep its promises on tax and spending or must fund the Block Grant as if it had kept those promises, even if UK Government spending ends up being less than they have said it would be.

This is all background though. On then, to the actual announcements today.

The Scottish Government was bruised badly in the fight last year which led to the divergence of income tax from the UK system, and has obviously reached the limits of what it is willing to do this side of the elections. There will be no new changes to income tax rates. No real terms change to the lower tax bands (they will be increased by inflation) and a continued freeze in the upper rates thresholds.

On local taxation, things were even less ambitious. The Government continued its position of trying to cut business rates. This comes just days after the refusal to devolve those rates to council level where they rightly belong. Scotland remains the least locally democratic country in Europe. If the Scottish Government wants to prove that it remains with EU values at its heart, then it should reflect that by creating a truly local level of democracy and adopting a principle of subsidiarity. This would presume that all taxes should be controlled at the most local level of government unless a compelling case is made to devolve the power up to regional or national level.

And there is one stand-out feature missing from this budget. Sure, there were some Green projects here today, and these will no doubt have been calculated to take advantage of COP26 coming to Glasgow later this year, but this was not a budget from a Government that is treating seriously its own stated claim that we are experiencing a climate emergency. An extra £1.8 billion in climate infrastructure this year is still no where near enough for the challenge ahead.

Emergencies require emergency responses and we are not seeing them here. Just the same cautious gradualism designed to make the Scottish Government look as though it is doing enough – it may even breed a sense of complacency until it is too late to fix our mess.

Common Weal has designed and presented our Common Home Plan which will invest £170 billion over 25 years to utterly transform our country and do what is truly required to meet our stated goals. This is the equivalent of an average of £6.8 billion per year – with the understanding that in reality much of this spending would be “front loaded” into the early years of the programme as it is spent upfront on long term projects and training. £1.8 billion is barely a quarter of what is needed.

The Scottish Government wants to reach net-zero greenhouse gas emissions by 2045. If the Scottish Government wants to complete our programme by the target date of 2045 then it should have started five weeks ago. If it believes that our ambitious and comprehensive plan doesn’t go far enough, then it should have presented its own more radical plan today. If it believes that meeting a 2045 target allows it to do nothing until safely past the next election, and the one after that, and so on then it should admit that it is not serious about meeting its own targets and hand over to someone who is. This issue is too critical for climate delayers and fights over political power.