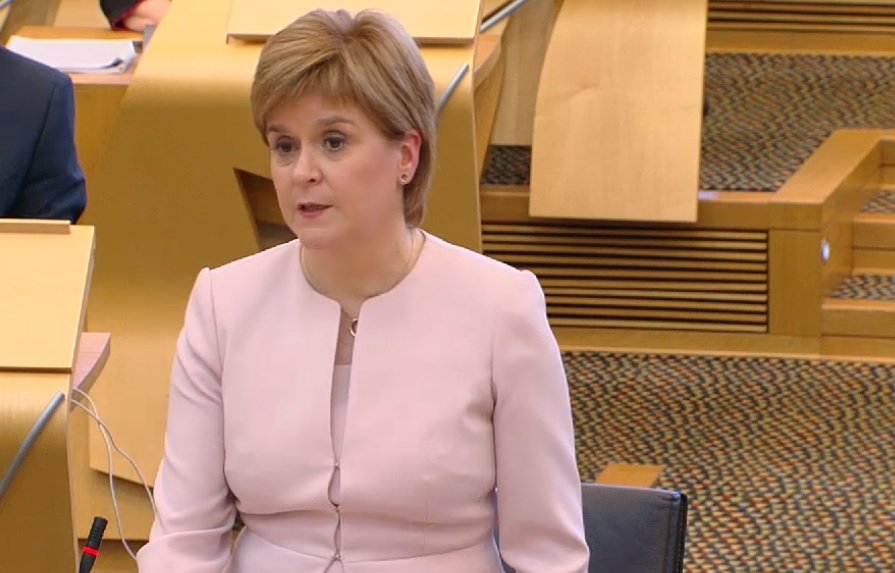 Craig Dalzell, head of policy & research at the Common Weal think-tank, examines the policy content of the Scottish Government’s Programme for Government, announced today [4 September], finding it to be generally unobjectionable but also falling short of its potential

IT’S DIFFICULT to find anything in the Government’s propositions for the next twelve months that I actually object to. Most of it is fine, but almost all of it falls short of its potential.

The Scottish National Investment Bank is pushing on to legislation and is going to get funded to the tune of £350 million in its first tranche.

Fine, but Common Weal’s plan called for significantly more funding than that and a serious push for confirmation that it will have the powers it needs to leverage its capital and be able to support and underpin bonds issued by local authorities – a move that would put the final nail into the coffin of PFI.

Infrastructure investment and a push towards greater mutualisation of investments will help give people and communities a stake in their own economies.

Fine, but copying the Welsh Government’s investment scheme is hardly the mark of a radical and forward thinking government. Building a Scottish National Infrastructure Company – of the kind voted for unanimously at the SNP’s recent conference – would completely transform the way that infrastructure and public sector procurement is developed in Scotland. Coupled with a stronger SNIB, the SNIC would be truly transformative for the investment landscape of Scotland.

READ MORE – Neil Cowan: As MSPs return to Holyrood – let’s make sure freeing Scotland from poverty is at the top of their to-do list

Fine, but cherry-picking companies risks breeding in weakness as much as it does resilience and may well increase the inequality within the business ecology with the sole metric of “success” being once again pinned to “growth”. Instead, Scotland could be building a co-operative infrastructure which could allow small companies to pool resources and share costs to allow them to compete with larger companies in the export market.

The government has continued with its promise to build more affordable houses and houses for social rent. The Housing First policy will certainly be of great benefit in the fight to tackle Scotland’s growing homelessness problem.

Fine, but the government also remains wedded to chasing arbitrary numerical targets for housebuilding – prompted by seeking to beat the similar targets promised by opposition parties if only they were in power instead. Scotland should adopt a “demand-led” approach to housing. An approach tied in with the SNIB and SNIC which would provide low-cost, stable loans and housing of a quality unmatched by anything that the private sector could dream of competing against.

This housing program should be coupled with an economic and infrastructure strategy so that communities are not strained by the boost to their population that housing would bring. It does Scotland no good if extra housing is delivered but it causes schools, transport links and healthcare services to collapse due to extra demand not being met with extra funding.

The commitment to ensure that EU citizens will retain their right to vote post-Brexit will be reassuring to those who have been treated appallingly by the UK Government, as will be the commitment to pay the Settled Status fees for those EU citizens who work for the Scottish public sector.

Fine, but this should go much further. Voting rights should be extended to all residents in Scotland aged 16 and over. This should include non-EU citizens and should certainly include refugees and asylum seekers. Those who are affected by the laws of this land should be able to influence those laws and vote for those who make them. Anything else is undemocratic.

The government’s energy and environment announcements hits many of the right notes on continuing the progress towards decarbonising Scotland’s economy. The looming global climate catastrophe is not something that can be ignored by any country. The consultation on the possibility of a publicly owned energy company is welcome.

REPORT: Incentives and Opportunities Signalled by Transmission Charges in Scotland

All this is fine, but banning plastic cotton buds is ultimately fairly small stuff compared to the possibility of beginning the process of reshaping our economy to specifically target the largest polluters at source rather than placing the onus on individuals to change their own behaviour.

Common Weal published research today that shows how the UK’s National Grid disadvantages both energy producers and energy users in Scotland. Built more appropriately for the 21st century, this grid could allow Scotland to realise its renewable energy potential as well as allow investment in energy intensive industries and services that are simply not possible under the current system. The Scottish Government should push hard for these reforms or for the powers to enact them.

Finally, the public transport policies are again welcome improvements and certainly nothing to complain about. The active travel policies will continue to be funded, some more investment will be made in the railways and the prospect of a publicly owned franchise continues to progress.

“Common Weal has already published blueprints and policies for many of these ambitious and radical ideas. We are in the process of developing others and will be publishing them in due course over the coming year.”

Fine, but the government really needs an integrated public transport strategy which covers all modes – buses, trains, ferries and the rest. It needs to support the public rail franchise so that it is not only a credible contender but that it is not threatened with losing the franchise in subsequent years. The government needs to create the environment where the very idea of franchising utilities like public transport to the private sector is unthinkable (as it is in many other European countries) and to be investigating where and how things like the rail network can be expanded to accommodate future economic development in transport deprived areas like the Borders and the Highlands.

Common Weal has already published blueprints and policies for many of these ambitious and radical ideas. We are in the process of developing others and will be publishing them in due course over the coming year. Many of them are already considered “normal” in the countries that Scotland compares itself to and could wish to emulate. We’re more than willing to engage with the government and to help them push forward its ambitions and its potential. Doing this together, we can help Scotland realise its own potential.