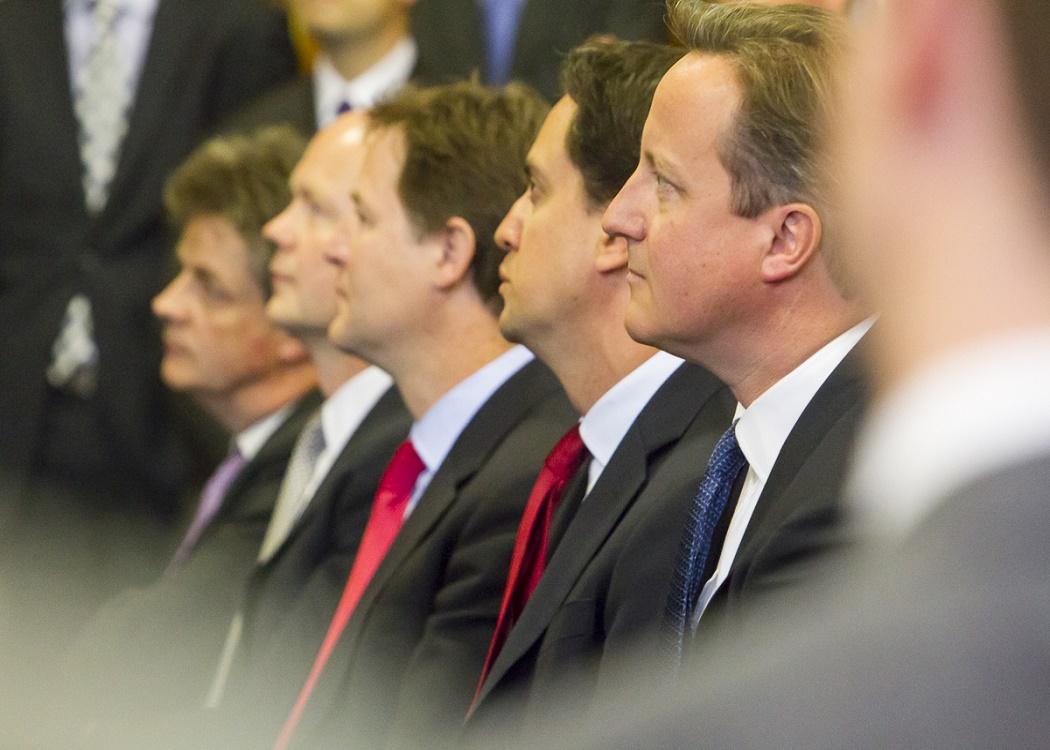 CommonSpace poll analyst Craig Paterson takes a look at how the General Election is shaping up according to this week’s polls, and gathers some interesting data collected after the first leaders debate event on Thursday night

SO THAT’S IT, this coalition government that everyone said would never last (myself included) has ended its five-year term. Six hundred and fifty MPs are heading back to their constituencies to try and convince the electorate to vote for them again. Well, almost all of them.

The last PMQs of this parliament was a bruising one for Ed Miliband and Labour. They walked into a trap set by the Tories the day before when George Osbourne refused several times to rule out a hike in VAT during intense questioning from the treasury select committee.

The last PMQs of this parliament was a bruising one for Ed Miliband and Labour.

Labour thought this was a perfect weapon to bash the Tories with at the next day’s PMQs, which is why Ed Miliband got up and asked his prize question: “Will you raise VAT after the next election?”, allowing Cameron to deliver his response perfectly – “No”. It was a perfect trap, sprung right there in front of the whole house and beamed out live onto three separate TV channels.

Job done for the Tories, time to pack up and go fight the election, or so they thought.

We then had a rather bizarre attempt by William Hague (the leader of the House of Commons) to stab the Speaker of the House John Bercow in the back by changing the rules on how speakers are elected.

This brought outrage from all sides of the house. MP after MP stood up to have a go at William Hague, shouts of “withdraw the motion” and “shame” echoed around the chamber and the government was defeated in a vote 228 – 202. The final act of Mr Hague and of the government was a farce and a failure.

The final act of William Hague and of the government was a farce and a failure.

All week, the polls have been neck and neck; eight polls out since Monday and the average across them all has been:

Still no one pulling ahead but it’s worth looking at some England-only polling data. The average of the last six polls all conducted in March:

The Tories generally just need to win England to win the election. Couple that with my expectation that they will make gains up here in Scotland with Labour’s expected losses and the Tories are edging closer to victory.

Finally, we had the first of the TV ‘debates’ last night (click here to read more), and a snap poll taken immediately after the program by ICM of 1,123 people gave David Cameron the win.

“Who do you think won the debate?”

ICM also asked a whole series of questions to respondents – they don’t make for good reading for Labour.

“Who do you think would be good in a crisis?”

“Who do you think would be more decisive?”

“Who do you think would be more respected around the world?”

“Who had the more appealing personality?”

“Who had the best arguments?”

“Who actually answered the questions asked?”

But it wasn’t all bad for Ed Miliband and Labour:

“Who do you think was more spin than substance?”

“Who do you think would have the courage to say what’s right?”

“Who do you think would govern in the interests of the many not the few?”

So lots of things for Labour and Tories to chew over this weekend. Both are claiming a victory in the TV showdown, the polls however still don’t show any one party pulling ahead.

The continued march of the SNP has begun to slow down ever so slightly. Can they actually do it and get 50+ seats? Who knows, this election is shaping up to be the most interesting in living memory.

The campaign proper has now begun, what awaits us over the next five and bit weeks who knows; one thing is for sure, we will have dozens and dozens of opinion polls between now and 7 May, all with their own take on the potential outcome.