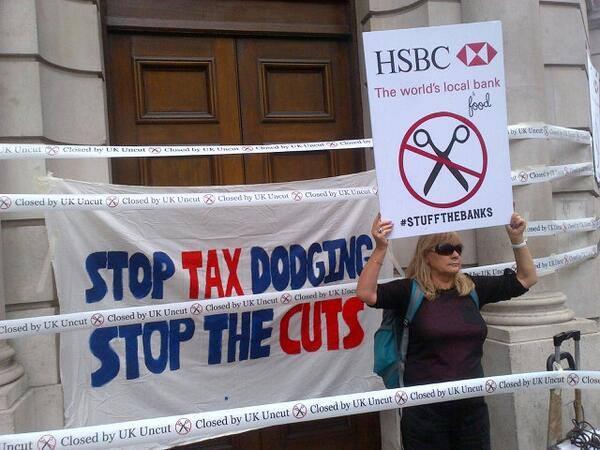 INVESTIGATIONS into HSBC’s alleged complicity in tax evasion have been expanded to include its global company on top of its Swiss banking group.

The escalation of criminal investigations – which so far have not formally named the charges against the bank – relate to tax documents leaked by whistleblower Herve Falciani.

HSBC helped wealthy customers dodge taxes and conceal millions of dollars of assets, according to some of the contents of a huge trove of leaked account files about secret Swiss accounts.

The bank, which admitted fault in its management of the accounts, contained almost $120bn (PS78bn) of assets. (Click here to read more).

According to financial journalist Ian Fraser, this leak related to a wider $500bn of total assets which were not supposed to be in the bank, including dirty money from crime, the drugs trade, cash from blood diamonds trafficking, and funds that customers were seeking to squirrel away from the tax man. (click here to read more)

HSBC, which is headquartered in London, does not face a criminal investigation in the UK.

HSBC was also accused by journalists of using financial bullying against The Telegraph and Guardian newspapers, in an attempt to stifle investigations into the bank’s affairs. (Click here to read more).

HSBC says it will fight the French legal case “vigorously”.