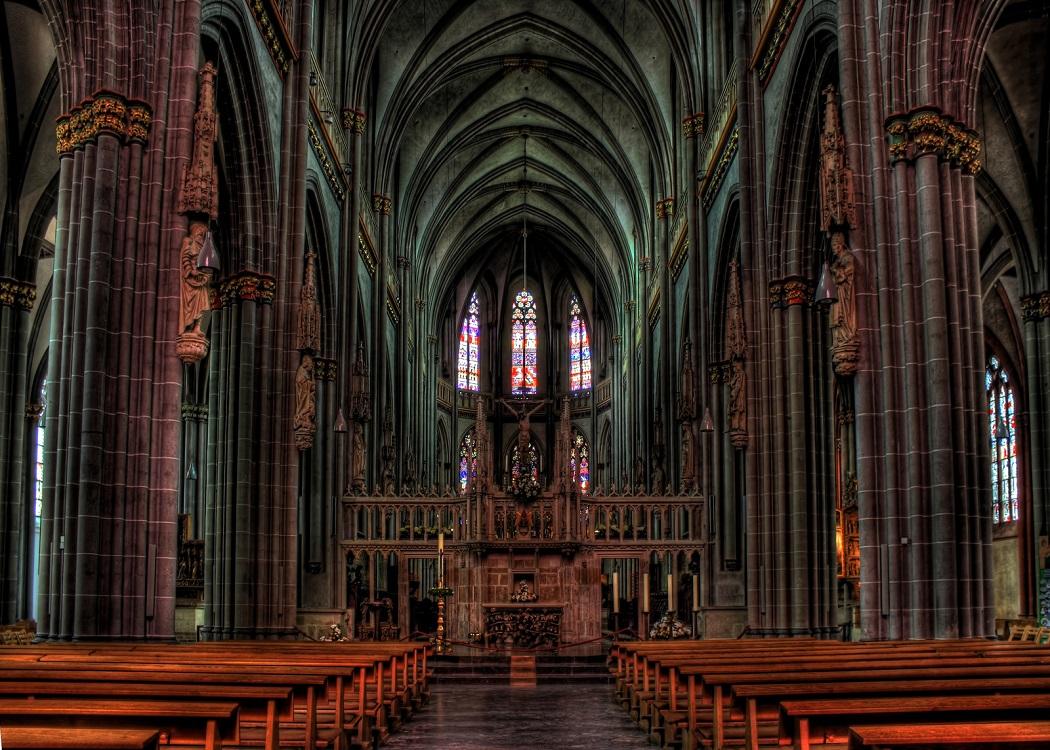 DOCTORS should face potential jail sentences for carrying out abortions, condoms are “very ineffective” and gay relationships contribute to social breakdown: these are the views of John Deighan, a leading spokesperson for the religious lobby in Scotland.

Deighan, catholic church parliamentary officer from 1999-2015 and now chief executive of church-backed anti-abortion group SPUC, spoke out on a range of sexual health and women’s rights matters at a religious prayer rally in Glasgow.

The rally marked the end of a 40-day attempt to oppose abortion rights in Scotland, prior to the issue being devolved, in controversial protests that included the picketing of a Glasgow hospital.

After the rally Deighan defended the comparison, saying: “I think it’s a perfectly good example.”

A counter-protest, in favour of abortion access, gathered in the square with protest members telling CommonSpace that society much choose between legal, safe abortions or a society with illegal, backstreet abortions that lack proper regulation for the women involved.

Deighan advocated “sanctions” against women and doctors that carry out abortions, treating them “the same as other crime. You have to find out who is doing them and make sure that they don’t do them.”

He added: “The consequences would be up to the lawmakers to decide. There are laws just now. People are tried if they are not following laws just now. Then the judges give them the penalty,” he added.

Medical experts and scientists say that condoms are the only contraception to protect against both pregnancy and sexually transmitted infections .

The catholic church, and its preachings against condoms, have been blamed for the spread of HIV and AIDS in African countries .

Deighan, despite the weight of health evidence, is opposed to condom use: “On the science, if people use condoms [for] a year of sexual activity, by the end of it the majority would have conceived. So in a one-off instance of course it reduces the chances of that one off instance of being fertile, but over a year of use it’s very ineffective.

“What we’re finding now is some Asian cultures, for example, where Asian women have been taken in really by the lie that they will be safe and protected if they use condoms, are coming back actually in fear of their lives.

“So no. It’s rash. It’s irresponsible. It’s shortsighted,” he added.

The sexual health team at North Lanarkshire council recently warned that a religious split in sexual health access “put the health outcomes of children and young people at risk” .

Deighan was particularly concerned about information on sexual choices in schools.

While safe sex reduces the chances of STI and unintended pregnancies, he is still opposed to a wide range of information and contraception being available in the classroom.

When asked whether he thinks young people currently have sex, including underage sex, he replied: “I think maybe they do,” before adding that “the more you encourage them to do it by facilitating it [providing advice and contraception] the more children you have that are damaging themselves”.

Currently many young people contracting STIs or becoming pregnant do so due to a failure to use contraception. Historically, the UK has had some of the highest teenage pregnancy rates in Europe – far higher than countries with more engaged sex education policies.

The National Survey of Sexual Attitudes and Lifestyles (NSSAL) found that 25 per cent of men and 15 per cent of women had sex under the age of 16 in Scotland .

Rates of STIs and abortions are higher among young people, and are most concentrated in areas of deprivation.

Academics behind the NSSAL advocated targeted sexual health advice for young people , which they claim has successful reduced teenage pregnancies in the UK.

The Time for Inclusive Education (Tie) campaign has made a big impact on Scottish politics. SNP youth campaigners successfully passed a conference motion in favour of the group’s aims, and are pushing for the government to act on homophobic bullying a lack of inclusion for LGBT pupils in schools.

Tie points to evidence of high rates of LGBT suicide and self-harm as reasons to improve the school curriculum and train teachers to confront bullying.

The church has lost its attempts to ban teaching about LGBT issues in non-denominational schools, lost in its opposition to same-sex civil partnership, and lost its campaign against same sex marriage.

Deighan remains unsympathetic. “There is a promotion of homosexuality at every turn and I think that hasn’t helped people,” he told CommonSpace.

“Typically it’s framed the way you have that things were so bad for people that they had to consider suicide. Frankly I think that’s usually a rhetorical device to gain sympathy.”

Research by Stonewall Scotland found that 26 per cent of LGBT youth have attempted suicide. Fifty-four per cent are regularly self-harming. The vast majority hear homophobic language at school.

Deighan added that campaigns for LGBT inclusion are “often an attack on traditional sexual morals in our society. And we’ve seen the abandonment of that had led to a massive level in broken down families, a massive level of children lacking the support and nurture of two parents families.”

Ominously, he added that society would “reap the whirlwind” from abandoning old values.

Although Deighan’s view remains in tune with current Vatican teachings, some catholics call for a reappraisal of church teachings on abortion, contraception and same-sex relationships.