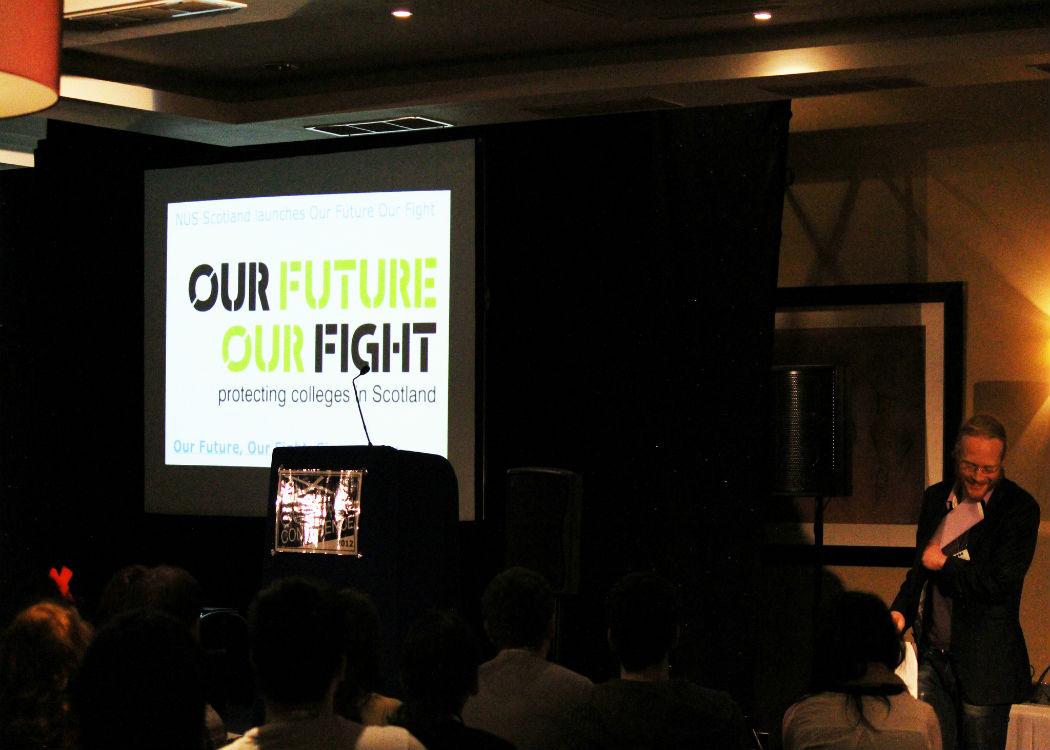 Reasons for suspending college principal have not been revealed

STUDENTS at Glasgow Clyde College have passed a vote of no confidence in the chairman of the college, George Chalmers, after students were told to leave a board meeting which took the decision to suspend college principal Susan Walsh.

The Glasgow Clyde Students’ Association (GCSA) motion reads: “Colleges exist to serve the students, and students should be involved at all levels of decision making. Yet when Glasgow Clyde College was deciding on whether or not to suspend our principal Susan Walsh, the student representatives were forced by the chair to leave the meeting.”

The motion states that the GCSA “has no confidence” in the college chair, and urges Henry Mcleish, chair of the Glasgow Colleges Regional Board, to “condemn the exclusion of the student board members” and for Mcleish to “publicly show his commitment to student representation”.

NUS Scotland president Gordon Maloney backed the students, telling the Herald: “This is becoming a worrying mess of the college’s own making. Colleges exist to serve students, and they should never forget that, but it seems to have got lost.

“We’ve said it’s beyond belief that the student representatives were excluded from a key decision over the key staff member at the college, and we continue to believe that and it’s no wonder that students have lost faith in the chair.”

Under Scottish Government legislation, college boards are required to have at least two staff representatives and student representatives, although they are not allowed to vote on disciplinary issues.

Maloney also said former First Minister Henry Mcleish, as chair of the Glasgow Colleges Regional Board (GCRB), should be getting involved to deal with the escalating tension.

The GCRB was created last August to manage the three Glasgow colleges that have been created through the Scottish Government’s recent strategy of regionalising Scotland’s colleges.

A spokesperson for the GCRB said: “The no confidence motion confuses the college’s current constitution approved in 2013 with the very new code of good governance for Scottish colleges just finalised a few weeks ago.

The college has refused to say why it decided to sack Walsh.

Glasgow Clyde College is set to see PS1.7m of its funding transferred to the City of Glasgow College, a decision which has irked trade unions.