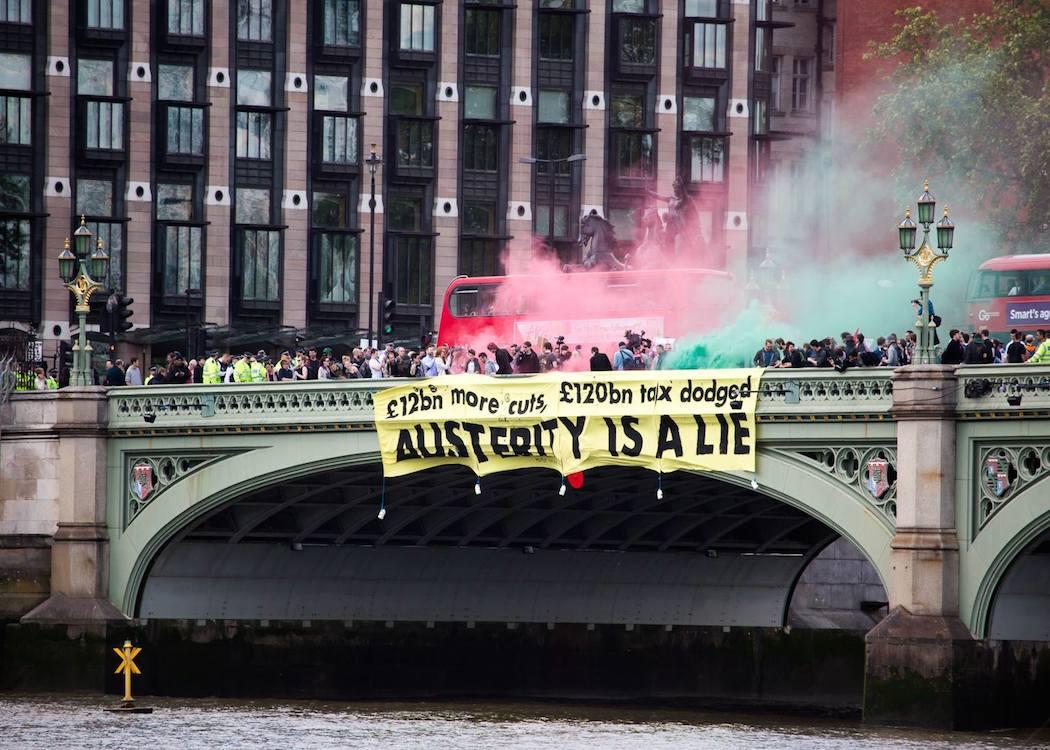 UK MINISTERS decided to “wash their hands” of a tax evasion scandal in a subsidiary of the government-owned Royal Bank of Scotland, according to damning testimony given by a former treasury official who is now a Labour MP.

Helen Goodman MP, who sits on the influential Treasury Select Committee, challenged the government on its complicity with tax evasion allegations made against Coutts Bank.

Goodman called for an end to the sell off of RBS shares, the bank which owned Coutts, until a full investigation and reform took place into its reported 404 company subsidiaries located in tax havens.

Speaking out against the sell off, Goodman said: “I put it to the house that ministers have been lobbied by their banker friends and funders in the [City of London] and that is why they are selling off the shares cheap, rewarding their cronies and cheating the taxpayer.

“The government have said repeatedly that they want to improve behaviour at the banks. In statements to the house in February, ministers repeatedly told us that tax evasion promoted by the banks via Swiss accounts was a thing of the past, but RBS has 404 company subsidiaries located in tax havens. Evidence uncovered by The Guardian, but not yet published, from Coutts, a subsidiary of RBS, shows that that practice has continued throughout all the five years of government ownership.”

In February it was revealed by The Guardian that Coutts, which handles the accounts of the rich and famous, was under investigation for tax evasion from German prosecutors.

Coutts handles over PS20bn belonging to 32,000 international creditors, including Elizabeth Windsor, the Queen, alongside many billionaire entrepreneurs and celebrities.

“He was recorded saying: ‘Basically, tax authorities are your enemy’.” Helen Goodman MP

Speaking in parliament, Goodman continued: “Alerted by a whistleblower, The Guardian met a senior manager at Coutts, which, incidentally, is chaired by a Conservative peer, Lord Douglas-Home. The manager offered to ‘park’ undeclared money and help move a potential customer to Switzerland to avoid UK tax.

Goodman added: “Although under Swiss law tax evasion is not a crime and there is no obligation to report it to the authorities, in England it is illegal for a banker to deal with money that they know or suspect to be the proceeds of a crime.

“It would appear that, once treasury ministers were told, the government, rather than tackling these malpractices and stopping them from taking place at Coutts, decided to wash their hands of the matter by selling the shares.

“Taxpayers will want to know when ministers were told about this tax evasion; what they did; what estimate was made of the tax losses; whether treasury ministers or officials alerted HMRC to the practice so that it could recoup the lost tax revenues; why the minister told the House that the era of mass-market avoidance schemes was over; and whether we can have a systematic review of the 404 RBS subsidiaries located in tax havens.”

However, the case raised by Goodman was ignored by economic secretary to the treasury, Harriett Baldwin MP, who responded in the debate on behalf of the government.

Despite responding to numerous other speeches, Baldwin sidestepped the Coutts case while rejecting the proposal to delay the RBS sell-off.

Baldwin said: “Today’s debate was very much on the future of the banking system and the importance of having a strong, healthy, diverse and competitive range of choices in our banking sector for customers and businesses. I recognise that the issues raised in the motion are extremely serious, but the government cannot support the proposals in the motion [to delay the sell off]. They run contrary to all the evidence presented to us.”

Investigations into Coutts Bank follow previous evidence of systematic tax evasion at the Swiss subsidiary of London based HSBC bank.