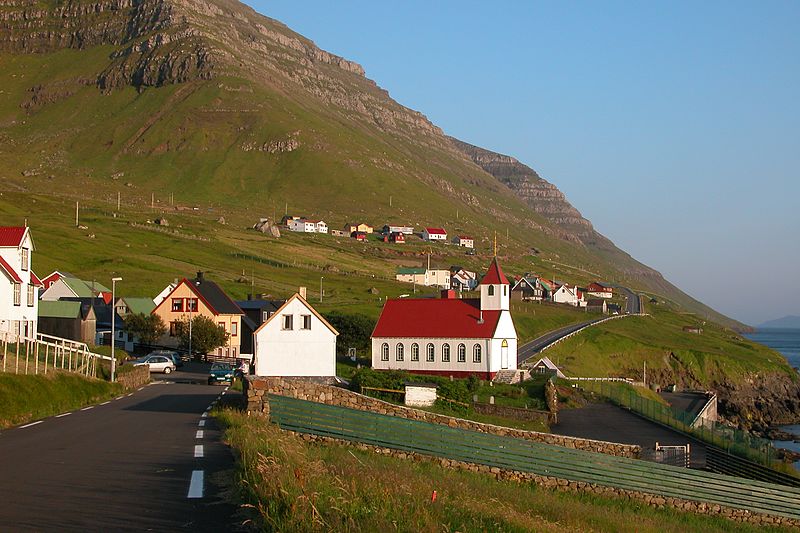 The journalist and broadcaster Lesley Riddoch will present documentary series examining what Scotland can learn from small, neighbouring countries

LESLEY RIDDOCH is to present a new series which will give Scots a glimpse of life in the powerful wee countries in the north, bringing to life what she has learned after studying Scotland’s neighbours and what they are doing right.

The award-winning journalist and broadcaster will present the new documentary series, which is filmed and produced by the independent media group Phantom Power Films.

“It was a bit of a strange one,” Riddoch explains, “we were both thinking of doing this type of thing at the same time.

“Going to the Nordic countries, writing books and studying them as part of my PhD, I was keen to find new ways to bring the lessons we could learn from them to life.

“We are in the visual era, and films can be so powerful.”

A former BBC journalist and presenter, Riddoch has previously criticised the service which BBC Scotland provides to viewers here, and she said her documentary is an example of something the BBC or any other public service broadcaster should be doing, and said she wanted to break the myth that Scotland had a lack of stories to tell.

Read More: Analysis: What do revelations about BBC political vetting tell us about press freedom in the UK?

Explaining to CommonSpace how she found filming and producing the show independently: “In the past, the BBC has shown no interest in looking at Scotland’s neighbours and their life and culture, and in my experience, they usually just turn down ideas like this with little explanation.

“We realised that, actually, we could do this with just two people and be more effective and resourceful.

The filmmaker behind the show, Al from Phantom Power films, said: “Nation is an upbeat, ambitious outward-looking project that reflects the values of the Scotland we know we can be. We hope the series will be a useful resource for those thinking again about Scotland’s place in the union but also raise awareness of our neighbours to the north.

”Our first episode covering the Faroe Islands and its remarkable success proves there’s no such thing as too wee and that powers are always best held by the people they affect.”

The first installment will feature the Faroe Islands, where Riddoch has just returned from, and will examine how the country is “punching above its weight”, despite having just 100th of Scotland’s population.

A small island near Norway, the Faroes Islands are officially a dependent of Denmark but the Faroese Government holds executive power over much of the Island’s affairs.

“If Scotland had the same kind of devolution settlement that exists between the Faroe Islands and Denmark, we probably wouldn’t be on the same track to independence as we are just now.

“There is a myth that Scotland has ‘the most devolved parliament in the world’, but you just have to look there to know that’s just not true.

“For example, their executive has the power to sign international treaties, and they work on the assumption that power will be devolved as it suits the Islands,” Riddoch explains.

Bus transport is completely free on the Faroe Islands, as Riddoch learned as she tried to pay for a bus journey whilst on her trip when a fellow passenger explained to her that transport was free in order to help tackle inequality.

As well as media work, working as a columnist for The National and The Scotsman, Riddoch is the founder and director of Nordic Horizons, a policy group that brings Nordic experts to the Scottish Parliament.

Riddoch says part of the problem with the BBC is that they assume any look at Scotland’s neighbours is a case for independence, but explains that she doesn’t view her new series as being specifically aimed at one type of voter over another.

“This isn’t about convincing people to support independence, it’s about showing people what similiar countries solutions are to some of the same problems that Scotland is facing.

“We don’t need to tell anyone what to think.”

CommonSpace asked Lesley Riddoch why Scots should consider donating to the series and funding new, independent media: “This series gives a chance to look at the future.
“We already know where we don’t want to be, instead we should focus on where we want to go.”

“For the independence movement, unless we can create a story about the type of Scotland we could create then we can’t win.”

Riddoch’s documentary will be shown in Edinburgh next week and will be available online afterwards. Tickets can be booked online for free.