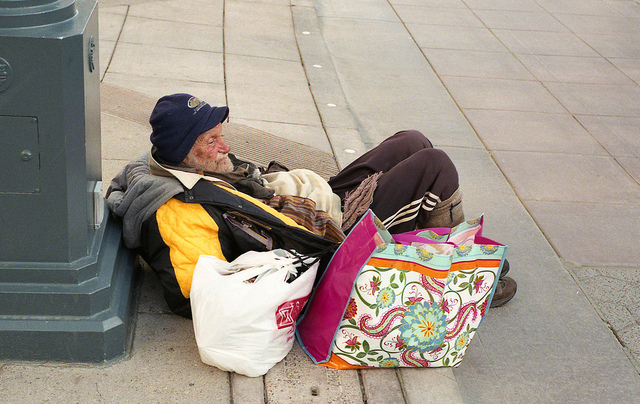 AS the full roll-out of Universal Credit in Scotland gets closer calls for it to be halted or reformed by charities and politicians are getting increasingly louder.

Last week’s National Audit Office (NAO) report revealed that Universal Credit is not value for money and may even cost more than the benefit system it has replaced. More importantly it slammed the failure to respond to the “the hardship faced by claimants” as more and more are driven into destitution by the system.

The full roll-out in Scotland is not due until October 2018, and the clamour for it be scrapped is growing.

CommonSpace spoke to The Poverty Alliance and Policy and Parliament Officer, Neil Cowan, in light of the NAO report: “This report makes clear that the decision to continue the roll out of Universal Credit is not only damaging to public finances, but risks locking people into poverty. At a time when pay is stagnating and costs are rising, we should be using social security to loosen the grip of poverty on people’s lives, not tighten it.”

Many people feel the hardship Universal Credit causes is by design. A key facet of the new system is to streamline the process by incorporating six existing benefit payments into the one. Scrapping housing benefit and paying the housing element into the claimant’s bank account as part of the Universal Credit payment has led to an increase in rent arrears and in turn homelessness. Couples who are both claiming benefit will also be paid as one into a single account and this has left the victims of domestic abuse extremely vulnerable. Disabled people claiming benefit have found themselves suffering since austerity began in 2010, subject to inhumane work capability assessment for instance, but their suffering under the Universal Credit process is growing. And children suffer most. With child poverty reaching alarming levels, Scotland’s children commissioner, Bruce Adamson, told the BBC last year that he may consider legal action over Universal Credit.

CommonSpace takes a look at how Universal Credit is hitting the four most vulnerable demographics mentioned above and the activism and efforts being undertaken in Scotland to tackle it:

The Child Poverty Action Group (Scotland) are well aware of the challenges Universal Credit places on families and have released this detailed webpage for the public to refer to.

They held their annual conference on welfare rights this week and in attendance was Cabinet Secretary for Communities, Social Security and Equalities Angela Constance. She announced how the Scottish Government will try to mitigate some of the hardship: “Today I am pleased to announce an increase of £100,000 in the funding we provide to CPAG, to enable them to increase their advice services. These have faced a rise in demand, particularly in relation to the roll out of Universal Credit and the damaging impact it is having on people across the country.

The First Minister said earlier this year that the two-child limit in the Universal Credit system was outside the Scottish Government’s powers to control, and could lead to one million children in the UK pushed into poverty.

“The new Secretary of State must admit that UC is forcing families into crisis and take the step her four predecessors wouldn’t – by halting the roll-out of this fundamentally flawed system.”

A report this week published jointly by Women’s Budget Group, Surviving Economic Abuse and End Violence Against Women, spoke of the seriousness in ending one household payments to vulnerable women. The report named ‘Universal Credit and Financial Abuse: Exploring the links’, also urges the UK government to ensure non-means tested benefits such as Carers Allowance remain payable outside of Universal Credit, and to provide a safe space for women to disclose abuse when they are applying for benefits.

Upon publication of the report, the SNP called for urgent reforms. Dr Philippa Whitford MP, SNP Health spokesperson, said: “The current system, of paying Universal Credit into one bank account per household, makes it easier for perpetrators of domestic abuse to exert complete financial control – leaving women isolated from friends and family, and unable to leave an abusive relationship due to lack of money.

“The SNP Government supports the introduction of split payments, and is in discussion with the DWP to enable payments to be made to individuals rather than one household account – but domestic abuse and financial coercion is an issue that affects women across the UK, and the simplest and most effective way to resolve this flaw is for the UK government to reform the underlying system. It is disappointing that in 2018, in the midst of the #MeToo movement, such regressive policies are still being enforced in the UK.”

Disability benefits are being integrated into Universal Credit and this is driving, arguably, the most vulnerable and helpless in society into debt. Up to half a million disabled people and their families will be financially worse off under universal credit, according to disability charities, through the removal of such disability premiums.

Inclusion Scotland, the national disabled people’s organisation, spoke to CommonSpace and echoed the calls for it to be halted. Policy and Public Affairs Officer, Iain Smith, said: “Inclusion Scotland has called on the UK Government to halt its shambolic introduction of Universal Credit, that has been proven in the Courts to have unlawfully discriminated against disabled people and been condemned as a human catastrophe by the United Nations Committee on the Rights of Disabled People.

Those at risk of homelessness

One of the six benefits to be scrapped under Universal Credit is housing benefit and this means rather than a claimant having their benefit paid directly to their landlord it is now paid into their own bank accounts. Unfortunately, many people on welfare cannot manage their money, or have overdrawn bank accounts, and this leads to them running into arrears and has led to evictions.

According to a recent report from the Residential Landlords Association (RLA), 29 per cent of landlords have evicted a tenant for Universal Credit arrears. The same report also revealed that Universal Credit arrears are the main reason that landlords in the private rented sector seek the eviction of their tenants. In addition to the findings of the RLA, the Convention of Scottish Local Authorities (Cosla) has also uncovered evidence that the arrears of Universal Credit recipients are more than 2.5 times the average arrears for those on Housing Benefit.

The homeless charity Crisis released this statement about Universal Credit: “We are concerned that the new system is making life more difficult for homeless people and putting others at risk of losing their home. Homeless people are struggling to cope with the new system because it completely changes the way that benefits are paid.

“For example, it is paid a month in arrears meaning if people experiencing homelessness need financial support in the first month they have to pay it back. People also need to have a bank account and be able to use a computer. Those who already have somewhere to live and are not used to paying rent from a monthly budget are getting behind on their rent. We are worried about this leading to eviction and homelessness.

“We are calling on the UK government to ensure the right financial support is available for people experiencing homelessness in the wait before they receive their first payment. We also want the government to make sure Universal Credit is a way to support people experiencing homelessness, or those at risk of it, to be financially stable in the long-term.”