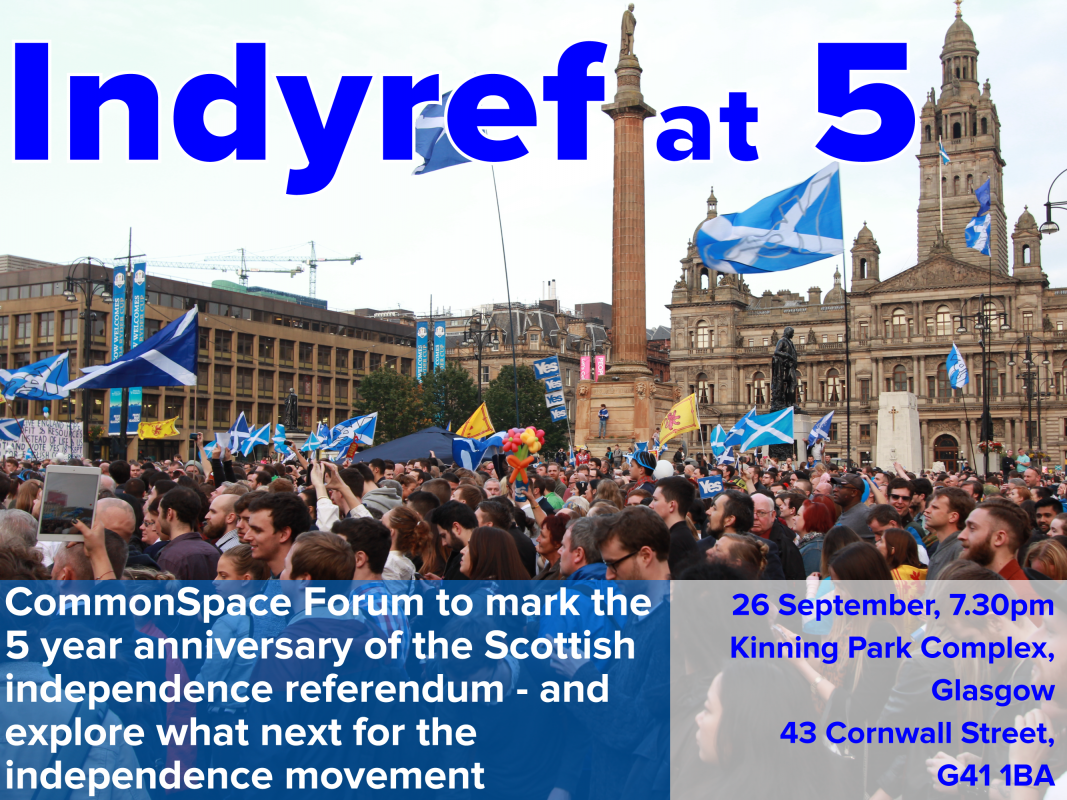 TO MARK the fifth anniversary of the 2014 independence referendum, CommonSpace’s September forum will explore what we can learn from the successes and failures of that enormous mass movement for independence.

We will also look at what has changed since and what the prospects are for the independence movement to seize the initiative in the Brexit crisis to deliver another referendum, and a majority for independence.

In the week running from 16-20 September, CommonSpace will also be running a week of special coverage on five years since indyref. If you have ideas for what we should be covering or would like to contribute an article to our week of coverage, contact media@common.scot.