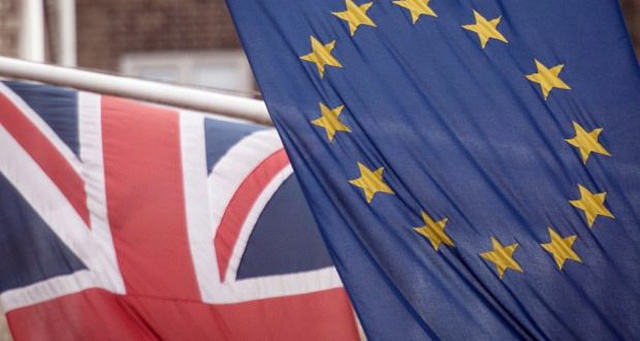 As part of a temporary plan for a no-deal Brexit, the UK Government has announced tariffs will be cut to zero on 87 per cent of all imports

THE SNP has joined the growing chorus of condemnation which has greeted the UK Government’s new proposals on tariffs in the event of a No Deal Brexit, published earlier today.

Tariffs – the tax levied on the majority of goods traded on international markets – are often applied to imported goods in order to protect domestic producers. However, as part of a temporary plan for the possibility of a no-deal Brexit and the potential £9 billion price shock to business and consumers it could bring, tariffs would be cut to zero on 87 per cent of all imports to the UK.

In order to protect industries such as agriculture, some tariffs would be maintained – including beef, lamb, poultry and some dairy products – but National Farmers Union president Minette Batters has confirmed that the almost 1,500-page tariff proposal document published today contains no protections for eggs, cereals, fruit and vegetables.

Despite applying to almost all imports, the UK Government described the new proposal as a “modest liberatisation.”

Concerns have already been raised over the threat to British manufacturing such as an influx of cheap imports would represent and the accompanying economic chaos.

CBI head Carolyn Fairbyn said: “What we are hearing is the biggest change in terms of trade this country has faced since the mid-19th century being imposed on this country with no consultation with business, no time to prepare.”

“Ending all tariffs in a no-deal Brexit would be a hammer blow to our manufacturing industries and the communities they support. The government is flying blind.” TUC director general Frances O’Grady

TUC director general Frances O’Grady also commented: “Ending all tariffs in a no-deal Brexit would be a hammer blow to our manufacturing industries and the communities they support. The government is flying blind.”

Given that the UK’s temporary import tariffs will not apply to EU goods crossing the border from the Republic of Ireland to Northern Ireland – as part of the UK Government’s commitment to avoiding a hard border – further worries have arisen over the possibility of smuggling.

Responding to the UK Government’s new plan, the SNP has warned that Scottish consumers will face rising prices, while the nation’s consumers may suffer from the economic uncertainty to follow.

SNP MP Stewart Hosie, the party’s International Trade spokesperson, raised concerns over this potential upheaval in the House of Commons earlier today, outlining that the threat of a no-deal scenario which would see 56.4 per cent of UK imports and 65.1 per cent of imports that are currently tariff-free lost overnight.

Hosie said: “Many of our imports and exports currently enjoy tariff-free trade. In the event of No Deal, almost all of this free trade would be lost overnight, opening the way to rising prices on many goods for consumers.

“It would also be a devastating blow to Scottish producers, including our world-class food & drink sector which faces the prospect of new barriers to exports.

“Brexit has, and continues to drive, massive economic uncertainty. The publication of today’s tariff schedule demonstrates clearly that economic upheaval and costs to individual business, entire sectors and households shows no sign of ending.”

“Today’s announcement – made with no prior consultation with Scotland or the other devolved administrations – presents further evidence of the UK Government’s reckless approach to Brexit.” Constitutional Relations Secretary MIchael Russell

Speaking on behalf of the Scottish Government, Constitutional Relations Secretary Michael Russell criticised the tariff proposals further, arguing they gave an indication of how “disastrous” a No Deal Brexit would be.

Russell said: “Today’s announcement – made with no prior consultation with Scotland or the other devolved administrations – presents further evidence of the UK Government’s reckless approach to Brexit.

“First of all, there is simply not enough time to put the necessary arrangements in place to pass these measures. Had the UK Government acted in good time then that would not be the case.

“Secondly, if we leave the EU with ‘No Deal’ then it will have to impose the same tariffs on us as they do on other third countries.

“That would make trade with our European neighbours far more expensive and problematic than at present. The UK Government has itself conceded that this could mean a loss of almost £2 billion annually to the UK’s food and drink sector.

“Of course, were Scotland to remain with the EU customs union, we would continue to enjoy minimal delays to trade or tariffs as well as reaping the benefits of other preferential economic agreements which EU members enjoy.

“Any type of Brexit will have a negative impact on Scotland’s economy – and what is becoming increasingly apparent is that a ‘no deal’ Brexit would be disastrous.”

The dangers for Scottish producers were also highlighted by Bill Austin, a former HM Revenue & Customs officer for 30 years and current Customs international consultant, who told CommonSpace: “Scottish traders of all the goods mentioned will be massively undercut in the products they sell.

“Why? When the goods leave [the] EU they will be zero-rated for VAT at EU export e.g. a £1000 fridge from Italy will no longer have VAT on it so minus 20 per cent VAT means the item is £800. Additionally, no tariffs at UK import means the item appears in Scotland much, much cheaper than currently. It’s an EU export plus UK import duty free double-dunt.

“You don’t need to be a smuggler to cash in on this impending revenues-free bonanza. In fact, were someone to be building their home it would be massively cost effective to organise a 20′ cargo container in the EU, then buy all the best German housing items, Italian white-goods and as much champagne as you stash for the week long house-warming. It’ll all be duty-free.

“Scots traders selling such items may well go under because of this massively warped playing field. Bankruptcy and unemployment? Definitely.”

Austin continued: “Every counterfeit, sub-standard, dangerous car part that causes a smash on our roads will have a negative cost effect on our blue light services who have to cut the bodies from the wreckages and deal with the surviving casualties.

“Tragically, in turn, our NHS and blue-light services will be facing a massive drop in revenues because Whitehall will neither be collecting Customs import revenues at border nor inland on the VAT that will be avoided/evaded within Scotland’s juridisdiction.”

READ MORE: Bill Austin: I’ve been in Customs for 30 years and I agree with Boris – May’s Chequers plan is a turd

Speaking on behalf of Global Justice Now, Nick Dearden also told CommonSpace: Many ‘hard Brexiteers’ have always wanted to use Brexit as a sort of shock doctrine to ‘complete Thatcher’s project’, in the words of Nigel Lawson. That means using the economic chaos to turn Britain into even more of a finance-driven economy, and to hell with industry or farming.

“The idea is we don’t need industry, or the high skilled, well educated jobs that go with it. We can get that stuff from China. We don’t need farming, because we can import everything from Africa. And we will become the financial hub for the whole world, with the City of London increasingly deregulated, sucking wealth out of the rest of the country. For everyone else, it’s low-skilled precarious jobs. We see the beginnings of that policy in the government announcement this morning.

“It’s true that the government has promised to protect some areas of the economy. But for everything else, ‘free trade’ will rule the day. The premise is that this will keep prices low. In actual fact this is relative – prices will rise across the board as the currency collapses. But even where the prices are kept relatively low, this is hardly going to help people as investments and jobs flows out of the country and sectors of the economy collapse.

“Tariffs need to be tied to a serious industrial strategy with money and a plan, not wiped away overnight. We need to end this ridiculous and dangerous hard Brexit fantasy, and say no to no-deal Brexit.”