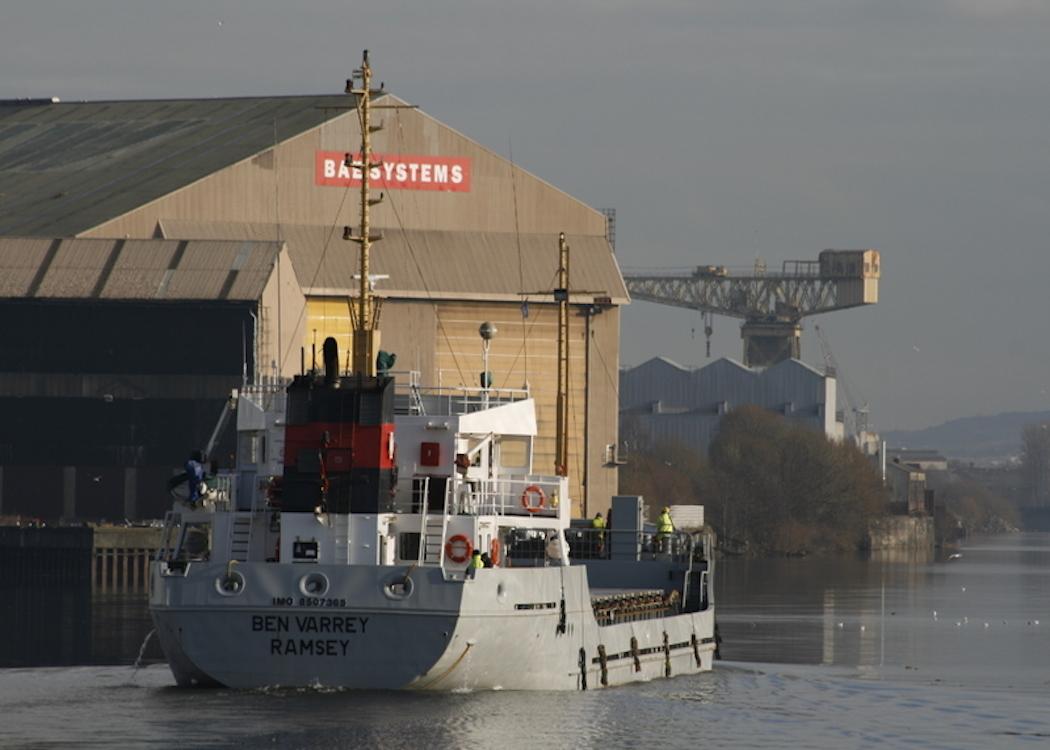 THE UK Government has been accused of betraying Scottish ship workers as the number of frigates promised to the Clyde yards has been cut by 40 per cent.

Thirteen Type 26 Frigates were planned to be built as part of the Ministry of Defence’s latest procurement projects, however the government has now only confirmed an order for eight ships. Hundreds of jobs may be put at risk as a result of the u-turn.

The military review published today [Monday 23 November] also confirmed the fears of politicians and campaigners who argued that a PS167bn spending on Trident nuclear weapons would intensify cuts elsewhere in the military budget.

Brendan O’Hara MP and SNP military affairs spokesperson said: “There is much in this defence review that is deeply troubling and the workforce at the shipyards on the Clyde will feel betrayed by the huge cut in the number of Type 26s to be ordered. It will not be forgotten that the UK Government promised 13 would be built – a cast iron guarantee. The UK government has today confirmed a 40% cut in that pledge.

“Today’s announcement is more evidence that, since the referendum, the UK Government is treating voters in Scotland with contempt. Never again will their empty promises and guarantees to Scottish shipyard workers be listened to.”

On the eve of the independence referendum a variety of unionist politicians promised that shipbuilding on the Clyde at Govan and Scotstoun yards would be secure following a No vote .

The Labour Party distributed campaign leaflets that stated: ” Within the UK Govan and Scotstoun will get the order for 13 Type 26 frigates from the Royal Navy .”

After the referendum worries grew at shipyard operator BAE Systems that the frigate contract was being delayed and cut-back.

Prime Minister David Cameron confirmed to the House of Commons that only eight frigates would be ordered – with a further variant frigate to be commissioned “if the conditions are right”.

The Royal Navy confirmed that ” there is some uncertainty about what could follow ” the eight frigates.

It remains unclear what impact the frigate contract cut back will have on shipbuilding jobs. The Glasgow yards have already faced decades of redundancy programmes.

The Strategic Defence and Security Review also set out a full five year plan for military procurement. A total of PS178bn was allocated for military support over the next decade, including a return to a maritime patrol aircraft programme based at Lossiemouth.

The Campaign Against the Arms Trade (CAAT) criticised the boom in military spending.

Andrew Smith, a CAAT spokesperson, said: “All too often, security is discussed as though it were the same thing as military strength. It is not. Many imminent and major threats, such as climate change, energy security, cyber security, global health pandemics and economic marginalisation, are not military. Failing to properly address these threats, and prioritise preventative strategies, will only make us less secure.

“If we want to see change then we need to move away from a failed model of security that is based on the constant projection of military strength and taking part in catastrophic foreign interventions that leave a trail of destruction and do nothing to keep us safe.”

The UK military, which has one of the largest budgets of any nation in the world, has been at war every year since the early 1960s including most recently in Libya, Iraq and Afghanistan.