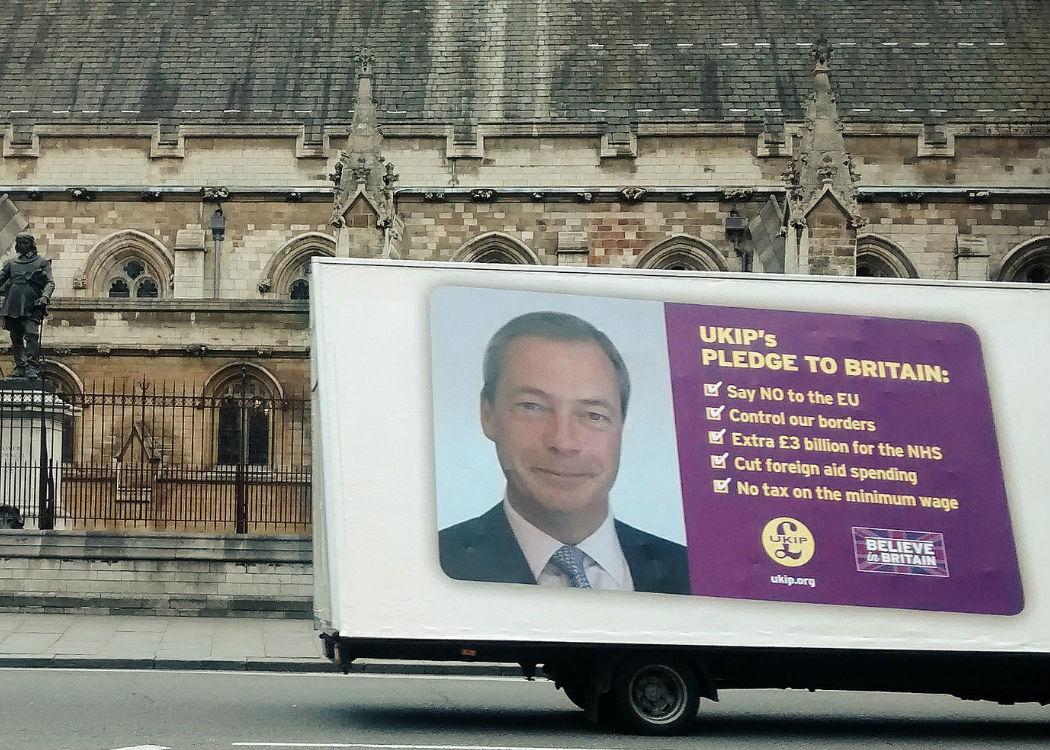 UKIP LEADER Nigel Farage today launched the party’s General Election manifesto. The party’s support in Scotland is negligible, but it is currently scoring third in the polls UK-wide behind Labour and the Conservatives.

Whether that support translates into Westminster seats remains to be seen.

Farage described the party’s 2010 manifesto as “486 pages of drivel”. So are the party’s latest proposals any different?

We pick out some key points.

‘Take back our borders’

Unsurprisingly, Ukip puts the issue of immigration at the heart of its manifesto. The party says it wants to “take back control of our borders” by leaving the EU, introducing an Australian-style points based system and a five-year ban on unskilled immigration.

And if you do migrate to the UK? Ukip says you have to pay tax and national insurance for five years before you can be eligiable for benefits or non-emergency services in the NHS.

Nigel Farage promised people a “low tax revolution” as he launched the manifesto.

Not only does Ukip want to abolish inheritance tax completely, it also plans to raise the threshold for paying 40 per cent income tax to PS55,000 and introduce a new 30p tax band.

He also pledged to keep workers on the minimum wage out of tax altogether.

Give the Scots less money

Scotland gets eight mentions in the Ukip manifesto. Seven of them involve pledges to reduce the Scottish budget.

Ukip’s manifesto pledges to scrap the Barnett formula and replace it with a ‘needs based system’.

The party say that the introduction of this system will “result in substantial reductions in funding for Scotland”.

The party plans to cut aid to the world’s poorest countries from 0.7 per cent to 0.2 per cent, representing a 71 per cent decrease.

The manifesto states that “charity should begin at home”.

Ukip plans to scrap the UK Human Rights Act, which the party says has prevented the UK from deporting “terrorists and criminals”.

The party also plans to remove the UK from the jurisdiction of the European Court of Human Rights which it says puts “the rights of criminals above the rights of victims”.

Ukip says that this is part of the plan for putting responsibility for law and order back into the hands of Westminster.