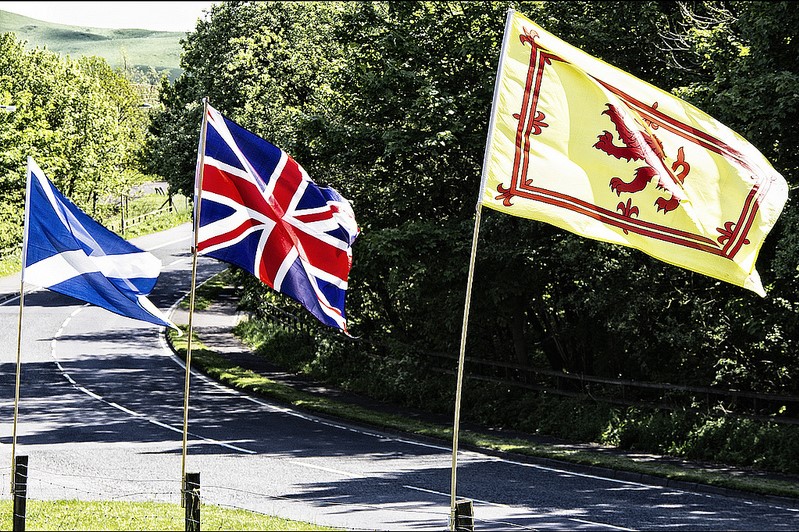 THE SCOTTISH DAILY MAIL issued a retraction and apology on Friday after its Wednesday front page wrongly claimed First Minister Nicola Sturgeon had cut the number of days that the Union flag would be flown from 15 to one.

Alongside the Daily Telegraph and the Daily Express, the newspaper claimed on Wednesday that Nicola Sturgeon had “decreed” that the Union flag would only be flown on one day of the year, Remembrance Day, and would be snubbed on other occasions such as Royal birthdays.

Former First Minister Alex Salmond quickly rebuked the story, saying that the protocols had been in place since 2010 after he gained personal approval from the Queen to fly the Lion Rampant on royal days.

Nicola Sturgeon also rubbished the story, taking to Twitter to “set out the facts on this ridiculous flag story”, and explain the newly published guidance was simply an update and formalisation of protocols that had been followed since as early as 2010.

On Twitter, she said: “Since 2010, the Lion Rampant has been flown on Royal occasions – entirely appropriately.

“The civil service recently decided to update the published guidance, but simply to ensure that it accurately reflected the long standing practice – the underlying policy has not changed. “

The Daily Mail has admitted that its ridiculous story about me and flags was utterly false and issued a full apology. pic.twitter.com/mMj1Ho1N11

In its clarifications and corrections section on Friday morning, the Scottish Daily Mail wrote: “We are happy to clarify that the decision to change the policy on flag flying was taken and implemented by former first minister Alex Salmond in 2010. The protocol and honours team updated operational guidance in December 2017.

“We accept that the policy did not change under Nicola Sturgeon and that she had no involvement in the protocol and honours team updating the operational guidance on flag flying for 2018.

“We apologise to Ms Sturgeon for the contrary impression given.”

“We accept that the policy did not change under Nicola Sturgeon and that she had no involvement in the protocol and honours team updating the operational guidance on flag flying for 2018.”  Scottish Daily Mail

Responding the retraction on Friday, Nicola Sturgeon said: “Rigorous scrutiny of politicians by a free media is fundamental to our democracy. But when newspapers publish blatant untruths they do a disservice, not just to those they defame, but to the integrity of their trade. That’s why it’s important to challenge falsehoods.”

The journalist and LBC broadcaster Iain Dale also issued an apology in a blog post for his Tweets about the story when it was published.

Other news outlets which carried the story had not issued retractions at the time of publication.