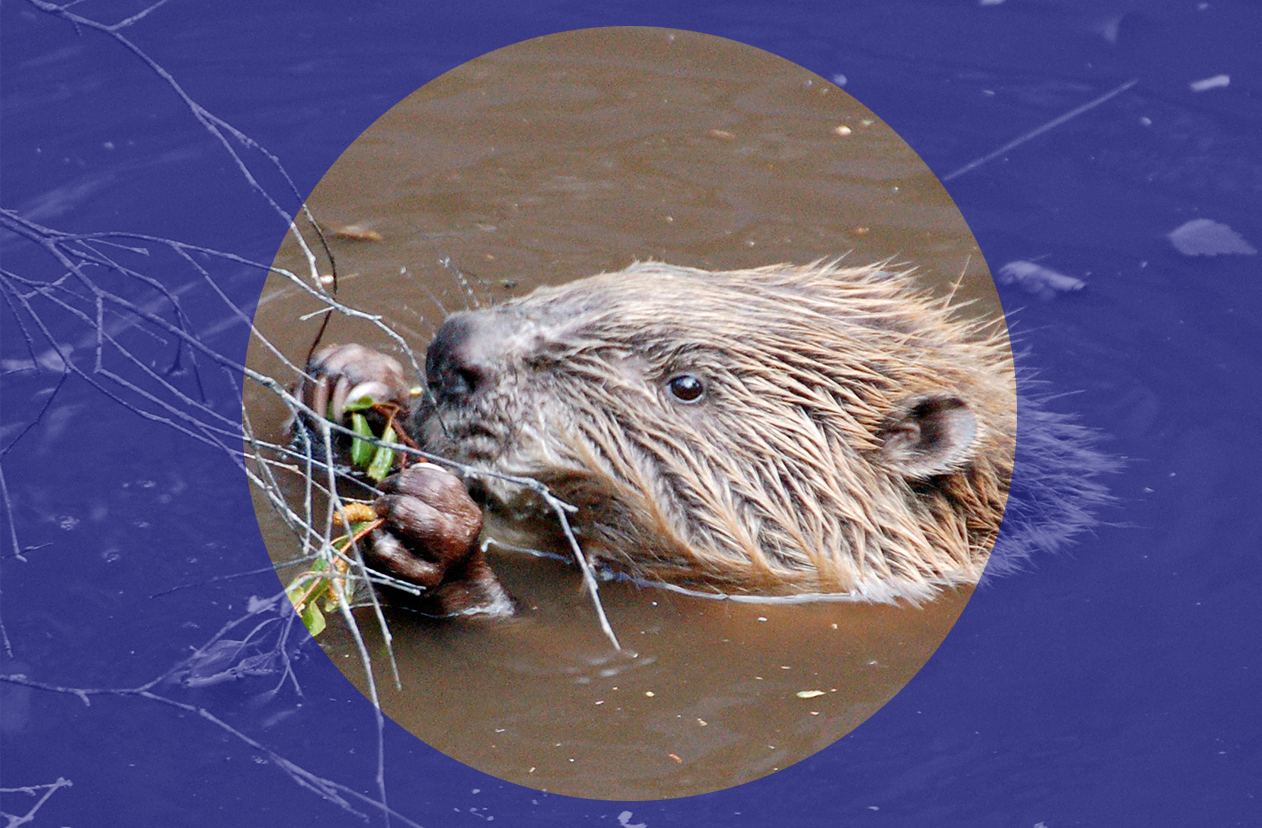 “Consider the kind of person who believes a beaver constitutes a clear and present danger – is this really someone you want in possession of a firearm?”

THE BEAVER agreed to the interview on condition of anonymity. “I am rather well-known in my own circles,” he admits, “and I believe my opinions are largely reflective of the Scottish beaver community – such as it is. Nevertheless, one can never be too careful, particularly when your enemies have itchy trigger fingers.”

Speaking exclusively to Source this week, coinciding with the start of Scotland’s beaver-killing season, the individual in question – henceforth referred to as ‘Beaver X’ – offered his views on the threats now facing the nation’s fragile population of beavers.

What is the general feeling within the Scottish beaver community? “Well,” Beaver X sighs, discarding the dog-end of the twig he has been chewing thoughtfully, “the Scottish Government has, as of last year, declared us a protected species. It is also giving out licences to shoot us on sight. So you could say there’s a distinct impression of mixed messages.”

As of 17 August, baby beavers in Scotland are no longer officially classified as being dependent upon their mothers, allowing farmers to apply for licences to shoot any of the animals found on their land. Despite receiving protected species status in May of 2019, this loophole saw 87 beavers – roughly a fifth of the Scottish beaver population – shot last year, in what the UK wildlife campaigner Ben Goldsmith described as a “wholesale slaughter”.

Fears that this scale of killing could be replicated have prompted the Scottish Rewilding Alliance, a coalition of 24 environmental charities, businesses, community groups and countryside access organisations, to call upon the Scottish Government to allow the aquatic creatures to be relocated to new habitats. While the Scottish Government has so far maintained that beavers cannot be moved outside of their existing river catchments – primarily in ranges throughout Knapdale, Argyll and Tayside – Scottish Natural Heritage (SNH) has already identified over 100,000 hectares of “core beaver woodland” throughout the country suitable for beavers, with a low sensitivity to their impact on local land. A petition in favour of Scottish beaver relocation has so far been signed by over 8,000 people.

In light of his species’ present circumstances in Scotland, Beaver X is somewhat cynical about its supposed protected status. “At the time, many of us were cautiously optimistic,” he remembers, “although that was tempered by some frustration over how long the process had taken, particularly since reintroduction efforts had already taken place in 25 European countries by the 1990s. Scottish Natural Heritage first argued for our reintroduction to Scotland in 1995, but wasn’t able to gain government approval until 2008. So by the time we received European Protected Species Status in 2019, I think it’s fair to say we were becoming a little impatient. Still, it was the product of hard work from dedicated campaigners – which makes our current situation all the more outrageous.”

While the Eurasian beaver was once a common feature of British wildlife, the species was hunted to extinction in the 16th century for their meat, fur and castoreum, a substance secreted by beavers to mark their territory which is still used in perfumes today (“I can understand wanting to smell like us,” says Beaver X, “but on reflection, I’d rather people stuck to Chanel.”) In 2009, the Scottish Beaver Trial – overseen by the Scottish Wildlife Trust, Land Scotland, and the Royal Zoological Society of Scotland and Forestry – embarked upon a five-year trial reintroduction of wild Norwegian beavers, which saw a fair-sized population of the animals grow in the waterways and woodlands of Knapdale Forest. So successful was this new beginning for beavers in Scotland that an unofficial population also took up residence in Tayside (a move Beaver X justifies as the application of “squatters’ rights”).

Earlier this year, the Scottish Government confirmed that half of the licences for killing beavers issued in 2019 were granted without an official site visit being conducted, raising concerns that lethal measures were being employed where non-lethal options might have instead been used. Of the 87 beavers killed, around ten are believed to have been less than a year old.

Beaver X takes an understandably dim view of those measures in place intended to protect beavers still reliant on their mothers: “You’ll have to forgive me if I sound ungrateful that the authorities – the same authorities which allegedly want us reintroduced to this country – have set an age limit on when it is acceptable to kill us,” he argues. “Even humanity generally does not recognise a child’s graduation into maturity and independence by making it legal to start shooting at them.

“Besides, there are larger issues at play here. Consider the kind of person who believes a beaver constitutes a clear and present danger – is this really someone you want in possession of a firearm?”

What about accusations that an uncontrolled beaver population could lead to the unexpected flooding of areas of arable farmland due to dam-building? “From what I’ve heard, a lot of places are going to be underwater in the coming years, and it won’t be because of us,” Beaver X replies dryly. “I would humbly suggest your human legislators get their priorities in order.”

Campaigners have argued that beavers could be key allies in tackling the climate and environmental crises facing Scotland the UK as a whole; their presence boosts biodiversity, and their engineering prowess in dam-building assist in rewilding areas by felling trees. This lets in light to forested areas previously obscured by tree-cover, and creates ponds and wetlands which support a huge array of other species. Additionally, despite the complaints of few farmers in Tayside, beaver dams generally help reduce flooding by regulating water-flow, improve water quality by trapping sediment, and helping the landscape to absorb carbon dioxide – an important benefit in a time of climate emergency.

“Given what we have to offer, I cannot comprehend why our cause has not been embraced by more political parties,” Beaver X sighs. “The Greens have obviously been very supportive, but it would be rather surprising if they weren’t. You’d think Labour and the Liberal Democrats would feel some kinship with our species, as they are also increasingly rare in Scotland. As for the Tories, I find it odd that they fail to see beavers as entrepreneurial self-starters – all our structural engineering is done without a penny of state funding.

“But it’s the Scottish Government’s position I find most baffling. They have a genuine chance to facilitate the rewilding of Scotland – with, of course, the aid of myself and my colleagues – to the benefit of the country’s ecosystem, and with greater speed and success than their opposite numbers in Westminster. You’d think that would appeal to them, but apparently not.”

If relocation efforts for him and his kin are successful, and beavers become an established element of Scottish wildlife once more, what hopes does Beaver X have for the future? “It would be nice to give those American and Canadian beavers a run for their money,” he sniffs disdainfully. “Smug bastards, with their 2000-foot dams. They practically have the run of Alberta, and what do we have to build on? Tayside?”

Despite his frustration, Beaver X remains hopeful that progress can be made, especially if the Scottish Rewilding Alliance’s petition successfully triggers a debate in parliament. “If those humans campaigning on our behalf cannot get the job done, then I would happily appear before the relevant Holyrood committees to make our case. Besides, I believe the Scottish Parliament has some exquisite woodwork that I would like to… examine.”

The Scottish Rewilding Alliance petition supporting the translocation of beavers to reduce licenced killing can be found here, and will remain open until 27 August.