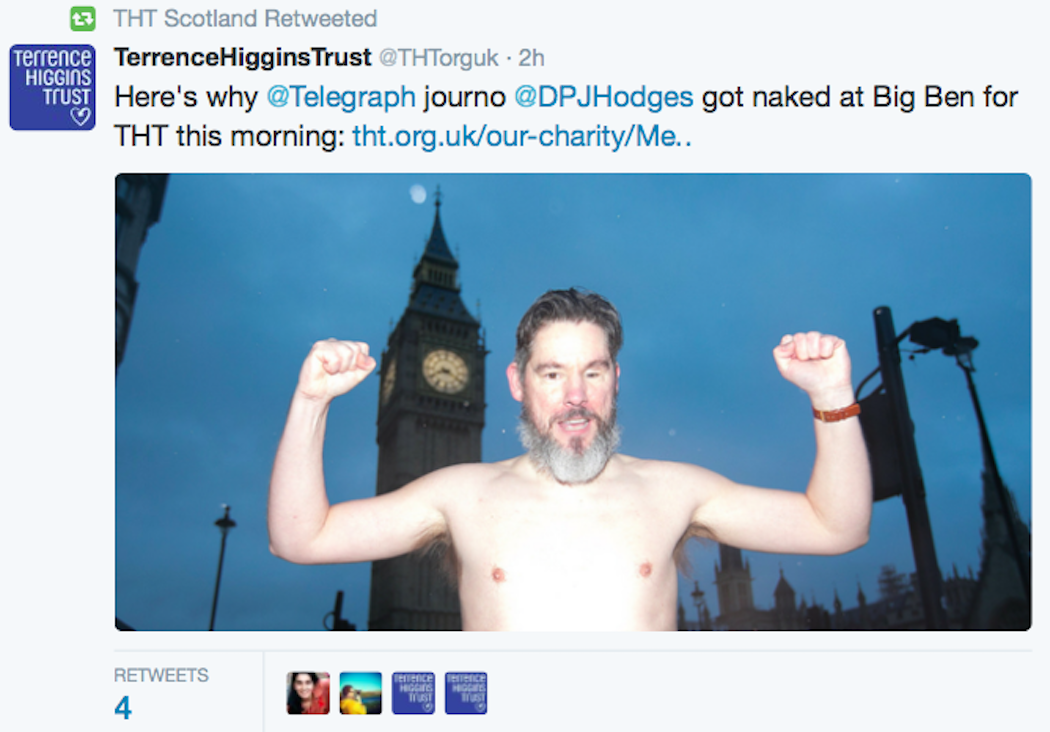 CROWDS of hopeful onlookers crowding the rainy streets in expectation of a mid-morning ogling were disappointed when political journalist Dan Hodges performed a ‘streak’ with his pants on.

Having previously committed to a Whitehall streak in the event that ‘fruitcake ‘n’ loony’ party Ukip polled above six per cent in last year’s election, Hodges avoided arrest by taking a liberal view of the meaning of ‘naked’. He ran in trendy Calvin Klein underpants and called the experience ‘invigorating’.

Hodges had also promised to don a Nigel Farage mask (though did not specify where) and to sing “Land of Hope and Glory”. Neither promise was fulfilled.

Disappointed members of parliament headed glumly back to the bar after realising the much-hyped promises of nudity had come to nought.

Hodges made the rash bet on Twitter last year and was forced to accept the forfeit after Ukip gained more than 12 per cent of the vote in the General Election. He raised PS1,000 for charity on the promise of streaking, though it would be pedantic to point out he did not fully rise to the challenge.

There was some hope among bored MPs, however, when Hodges promised a “mass charity flash streak” in the near future.