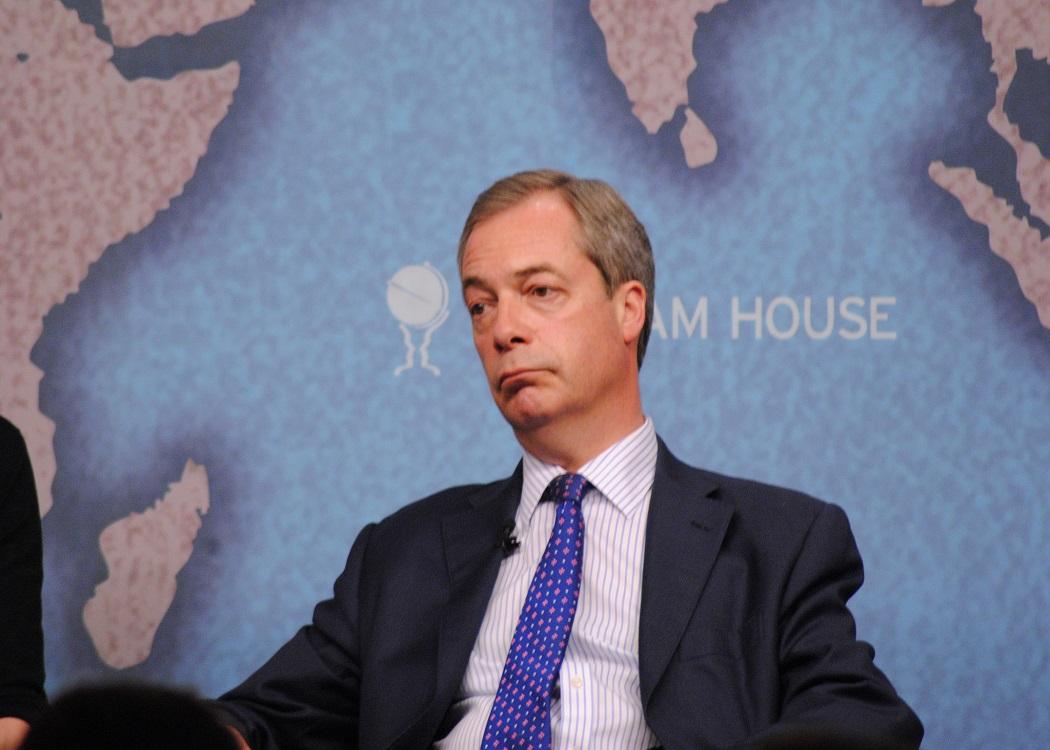 AT the seven-way party leaders clash last night, Ukip leader Nigel Farage again courted controversy with the suggestion that migrants with the HIV virus should be barred from entering the country. He defended his remarks, as he did the last time, on the basis of the costs of so-called “health tourism”.

The first time Farage caused a furore over this issue, you may remember, was in October last year, when he said to Newsweek Europe that barring migrants with HIV from entering the UK would be “a good start” towards sorting out the UK’s immigration system.

Later, he justified his point during an LBC radio phone-in as follows: “If we turn the NHS – and the clue is in the name – into a global health service, we have a severe problem with resources.”

At the time, I made a few Freedom of Information (FOI) requests into this issue, to satisfy my own curiosity that not only was Mr Farage a nasty man deliberately pandering to Daily Mail-reading pond-life, but also that his points had no economic merit.

Even I was surprised at just how lacking in cost-efficiency Farage’s offensive wee plan was.

One FOI request to the Office of National Statistics revealed that, as I thought, there are currently no health-related questions given to migrants upon entering the country.

Even I was surprised at just how lacking in cost-efficiency Farage’s offensive wee plan was.

In fact the UK, in contrast to most other countries, has never screened migrants coming in for the HIV virus. What Mr Farage is suggesting would necessitate a fundamental change, in both policy and moral terms: one from a long and proud history of tolerance for people unfortunate enough to be stricken down with a terrible disease, to intolerance.

Do the costs of healthcare tourism justify it?

Another FOI request pointed me to a series of government reports offering detailed figures on health tourism, which it defined in two categories, first as “people who have travelled with a deliberate intention to obtain free healthcare to which they are not entitled”, and secondly “frequent visitors registered with GPs who ‘take advantage’ of routine treatment”.

These two categories represent a cost of “between PS70m and PS300m” to the NHS’ PS109bn budget. Taking the figure at the higher end of the scale, that still only constitutes 0.28 per cent of the NHS budget.

I’m not sure what Mr Farage is talking about when he cites that PS2bn figure, as he did again last night, but I have a pretty good idea. I guess he is conflating the idea of “health tourism”, which is very specifically assigned to the act of taking NHS care without contributing to the NHS, with the usage of the NHS by all non-permanent British residents.

Irrespective of whether they work or study here. Irrespective of their contributions in tax or National Insurance, or what they provide for their community.

That’s the only warped way Ukip can lay claim on that ridiculous PS2bn figure. Really, it’s between PS70m and PS300m.

If, at its highest, health tourism costs 0.28% of our healthcare budget, then the health tourism from the HIV services budget can be estimated at around PS1.8m, or just 3p per taxpayer.

A third FOI request to the department of health showed that, of the estimated 107,800 people in the UK living with HIV, around 81,500 people received HIV care from the health service in 2012, with the cost of HIV services to NHS England sitting at PS630m. If this figure sounds large, put into context it represents around PS12 per head for the taxpayer in England.

If, at its highest, health tourism costs 0.28 per cent of our healthcare budget, then the health tourism from the HIV services budget can be estimated at around PS1.8m, or 3p per taxpayer. That’s right, three pennies a year, each. Hardly seems like “a severe problem with resources”.

Even for a man like Nigel Farage, is saving three pence Sterling per head of England’s population really enough of an efficiency to justify a policy of discrimination against HIV-positive migrants? As BHIVA, the leading national association representing professionals in HIV care, said in its statement responding to Farage back in October: “His stance completely ignores the positive contribution made to society by people with HIV, and threatens to reignite the sort of discrimination and stigma attached to HIV that the vast majority of people in the UK had hoped was consigned to history.”

What we saw in the debate last night was pathetic. It was a man pandering, irrespective of the economics, irrespective of the offence caused, irrespective of morality, to the basest opinions in Britain. He was shoring up his base. That’s Britain First. That’s the EDL. That’s former voters of the BNP. The worst part is, Farage may not even believe in this stuff himself. He may be just saying it. How messed-up is that?

Farage was shoring up his base. That’s Britain First. That’s the EDL. That’s former voters of the BNP.

Stewart MacDonald, PPC for the SNP in Glasgow South, said it most eloquently in a piece for Bella Caledonia last year (click here to read it in full): “What Farage has failed to mention is how people live with HIV in the modern age. We now know more about the disease than ever before, meaning that drugs are widely available to those diagnosed with HIV so that they can live an otherwise normal and healthy life.

“A virus that previously sentenced millions to death is now being contained, meaning that people can still live a life with their loved ones, mothers, uncles, brothers and friends. No longer do we incubate people and manage their death. Instead we treat people medically and empower them to overcome the stigma that is, albeit slowly dying off. People with HIV are living and working amongst us. Nigel Farage knows this.”

What a sad little man.