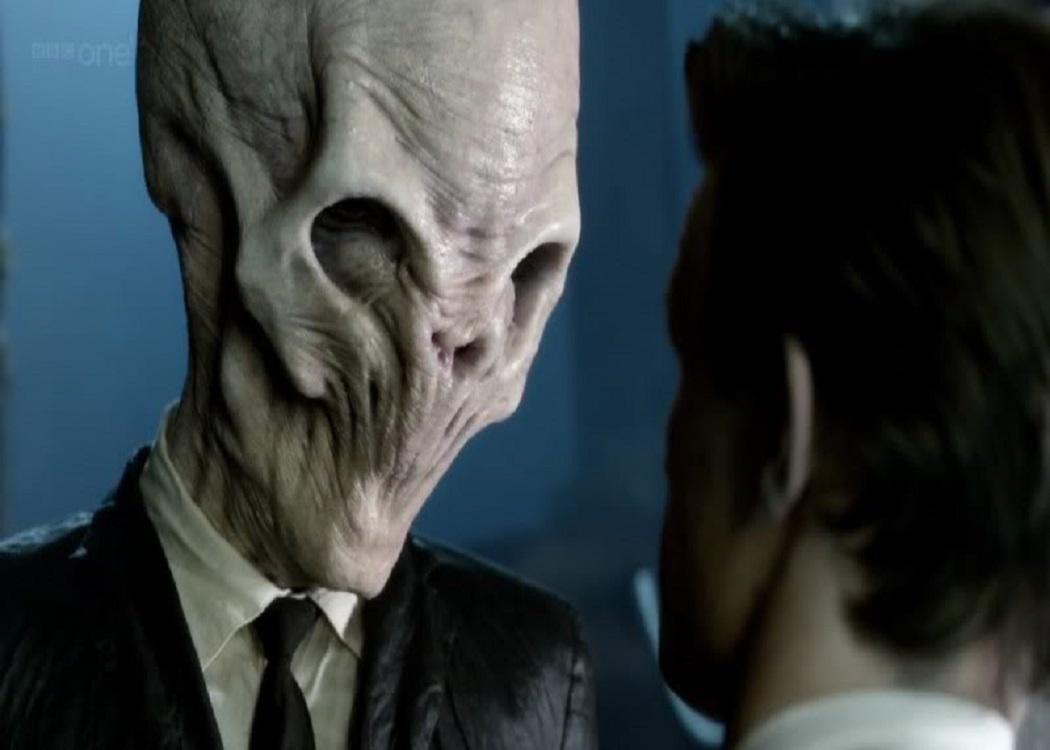 IN new Doctor Who (‘NuWho’ for us nerds), ‘The Silence’ are a scary group of aliens whose powers involve immediately being forgotten after you’ve seen them, and blasting bolts of lightning from their hands Emperor Palpatine-style.

It turns out they are a quasi-religious order whose motto is: “Silence will fall when the question is asked.”

I’m not sure I’ve ever witnessed anything quite like the dead silence that followed what was presumably intended to be a passionate declaration of Labour values by Scottish Labour leader Kezia Dugdale. It would take a hard heart not to feel sorry for someone suffering that kind of embarrassment on national TV.

I’m not sure I’ve ever witnessed anything quite like the dead silence that followed what was presumably intended to be a passionate declaration of Labour values by Scottish Labour leader Kezia Dugdale.

Dugdale said: “Believing in the potential of people, and using the power of government to realise that potential – that’s the Labour way. I want to build a fairer, more equal country, and I think over the next few weeks and months you’ll see a Labour policy platform come forward which will inspire you once again.”

The Edinburgh audience weren’t even inspired to boo.

Here’s the thing – replace ‘Labour’ with ‘the SNP’ in that paragraph, and Dugdale with Sturgeon, and that little speech gets rapturous applause.

People aren’t listening to Labour in Scotland anymore. They just aren’t. They don’t believe what they say, they don’t care what they say. The result is that whenever they do speak there’s a faint air of ridiculousness about the whole thing, like a jokey misjudged funeral speech.

In the run-up to Corbyn’s election I remember opining on the challenge his leadership might pose the SNP. That challenge seems to have dissipated like a fart in the wind. I thought a Corbynite party in Scotland might have been able to steal some of their social-democratic clothes back from the SNP.

But they seem just as naked as they did during Jim Murphy’s tenure, only now, they’re naked and confused. Part of this is down to a strand of implacable opposition to Labour that blossomed and crystallised during the independence referendum – but the reality is Corbyn and Dugdale have rather a lot to answer for.

As sceptical – and, indeed, hostile – as swathes of the Scottish public were to Labour, I believe they were interested in at least giving Corbyn a hearing. Attacking the SNP in the typical Scottish Labour way as he did on national TV – poorly briefed, riddled with factual inaccuracies, and blaming the Nationalists for Tory policies with regards to railway privatisation – did him the sum total of zero favours.

The fact that his first party conference had the air of the Balkans prior to Franz Ferdinand getting shot probably didn’t help. People say Scots are more left-wing, and that might be true, but generally speaking we are hardly radicals – we generally like to see at least a semblance of unity, discipline and credibility in our political parties.

Finally, calling out the SNP’s stance against austerity as tokenistic would probably carry more weight had Corbyn not now jettisoned or put under review an array of key policies, from nuclear disarmament, to free tuition, to the nationalisation of energy companies.

As for Kezia, she is attempting a U-turn of a sales pitch she was never likely to pull off, having previously criticised the prospect of a Corbyn leadership as likely to result in years of “carping at the sidelines”.

The leader of a less tainted party might have been able to pull it off. Her Freudian slip last night – “I wouldn’t write Jeremy Corbyn off yet” – simply reaffirmed the notion that she doesn’t believe in her colleague (and boss, whatever they’re saying about ‘autonomy’).

When speechifying from the Scottish Labour leader causes nothing but an “is that right, aye” silence – not even a heckle – they should start worrying. I mean panicking – apocalyptically.

It points to years of creeping irrelevancy – a long journey into the political wilderness that may not see them return, and the fall of their last local bastions of power in the local elections of 2017.