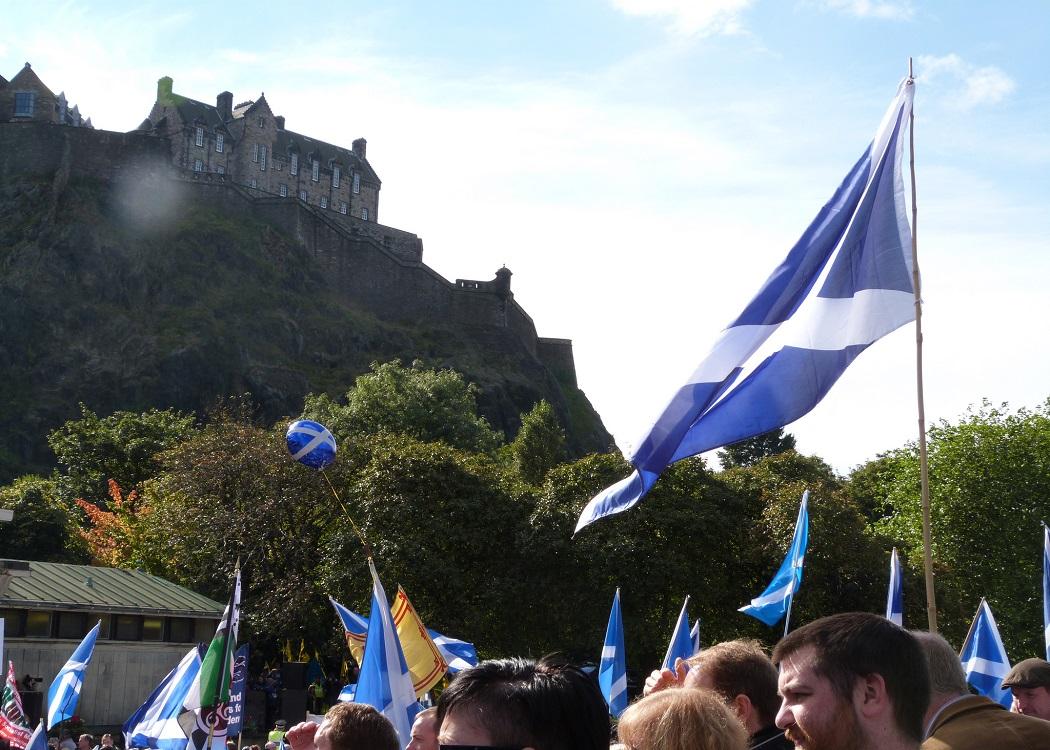 On the one-year anniversary, CommonSpace columnist Dan Vevers reflects on the day of the indyref vote and its aftermath

THIS time last year I was working my way through the suburbs and schemes around Stirling with a team of Yes volunteers, getting people out to vote.

The sun was out and cars and vans honked at us in our Yes gear. It felt like a carnival; a festival that was everywhere.

I went to the Settle Inn to watch the results come in with my best friend Scott, on the basis that – as the oldest pub in Stirling – there was a good chance they were pulling pints in that bar when Scotland was last independent.

There was that wee moment of hope – soon to be extinguished – when the huge Yes result in Dundee tipped the scales, and had us with the lead in our grasp.

My heart sank when Clackmannanshire came through. In my heart of hearts, I think I knew it was over, but I convinced myself it wasn’t. I even convinced some other people in the pub: “There’s still Dundee guys, and Glasgow, we’re not done yet!”

There was that wee moment of hope – soon to be extinguished – when the huge Yes result in Dundee tipped the scales, and had us with the lead in our grasp. I’ll never forget that, the way we shouted and cheered and hugged, most of us complete strangers.

The furious adrenaline, the vulnerability of us all, the beer-soaked desperation – it was like stoppage time in a crucial World Cup qualifier. We were on our way home when Stirling came through – 60 per cent No – and the rest. It was over.

I just felt hollow, with this gnawing pit of grief in my stomach. I couldn’t believe it. There can’t have been a single No voter in the Settle Inn. They were all like me – brimming with anticipation and hope, convinced we’d done enough to clinch it.

We were on our way home when Stirling came through – 60 per cent No – and the rest. It was over. I just felt hollow, with this gnawing pit of grief in my stomach.

Hundreds of thousands of people like me around the country – crushed. How could that happen?

I went to sleep, like it was just the end of any other day. When I woke up, the empty feeling, and that sense of loss lodged deep down like a kidney-stone, were both still there.

I went for a cup of tea and a cigarette outside and realised my hands were shaking violently. Then I started to cry, the bitterest tears of my life. It hurt like hell.

I was working as a waiter in Glasgow at the time, and went through to do a shift that night. I was a total mess. Then a colleague told me what was happening at George Square and – mistakenly – told me someone had been killed. I had to go outside. I felt broken.

Like many Yes supporters and campaigners, prior to the vote I could barely countenance the thought of us losing. In truth, I was completely terrified of it. The thought of investing so much time and so much of my heart into such an important project and then not getting the result made me feel sick to my stomach, and I honestly didn’t know what I would do were that to happen.

I was wrong that night last year when I thought it was over. I’ll be Yes until we win.

Because like so many others, after the period of grief I dusted myself down and returned to the task at hand.

I joined the Scottish Greens and in the same month became campaigns organiser for Stirling University Students for Independence. Earlier this year I started writing for CommonSpace, whose very existence is part of that collective response to the No result by the independence movement.

When I was elected campaigns organiser for the uni group, I made a nervous wee speech where I think I rambled on a bit. The only bit I really remember is saying something like: “Remember that feeling when Dundee came through, and it seemed like it might be possible? One day, we are going to feel that again, a hundredfold.”

We will, and I was wrong that night last year when I thought it was over. I’ll be Yes until we win.

And a year on, I am sure of one thing: we will win.