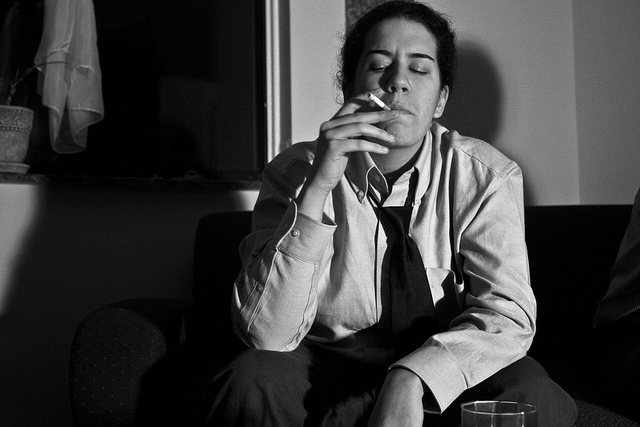 Rapper Daniel Quinn (‘Wee D’) spoke at an STUC event on mental health on Saturday [19 May] about male mental health issues. Here, he outlines his perspective, and why he thinks education is key to addressing it

I BELIEVE that toxic masculinity is a huge cultural issue that has become embedded at the core of society for as long as we can really remember.

Our personalities, beliefs, views and behaviours are merely a reflection of our environments and the people around us, we absorb it in from a very young age in order to adapt and survive.

If we think back only a few generations ago, the working world was heavily dominated by industrial manufacturers, the roles within it even more heavily dominated by men. These were dangerous jobs such as mining, steelworks where the role of man was to demonstrate strength, endurance and pace.

Horrendous working conditions that were often unsafe and hazardous resulted in men witnessing and suffering severe injuries and even death. Fragility, be it mental or physical was not tolerated and would often cost people the security of work and so it was not for mans interest to communicate any sign of mental unrest as he would be stripped of his social status as family provider.

Children during that period learned (as they do) to be men from their fathers; quiet, stoic and hardworking. The emotional introversion is a quality that has made its way down the genetic ladder from countless generations before us.

I believe that education underpins a lot of the challenges we are facing and would like to see a more proactive approach to mental health management within the curriculum – I say this from nearly a decade within the education sector.

From 5 years old until we are 15, physical education is a core subject which is forced upon us without question. We leave school with an expansive knowledge of how to maintain our bodies, issues surrounding weight gain and weight loss, the impacts of smoking and alcohol and the necessity of maintaining healthy heart and lungs. Although this is all important, I only wish the same emphasis was afforded to mental health issues.

We don’t leave school with the knowledge of local resources in mental health support, nor do we leave with any real knowledge of workplace stress, isolation and loneliness, depression, anxiety, OCD. We leave unequipped with absolutely no tools for managing our own mental health.

I believe that it’s of paramount importance that we do, especially for those at an impressionable age who are consuming television shows which encourage young men to look to Jason Stratham as the epitome of a strong male lead, where hip hop music plays its own part in promoting violence, misogyny and the ‘stiff upper lip’ approach and where our society makes it ridiculously difficult for respectable fathers to access their children through court.

All of these little issues have their own little place in contributing to the gender stereotypes for both sexes and solidifying the male place in society as a human resource to the working environment, void of emotion.

Creative arts such as hip hop gives people the ability to speak openly about issues, as in many ways it provides a blanket to hide behind. As with most music, people judge it as a product as a whole without focusing overly on the content. Therefore it’s easier for many people to put their issues out there through music; rarely will it evoke a response that it shames a victim.

For me, hip hop has been an immense toolkit in concentrating my negative experiences into a project, affording me complete freedom to explore myself and express opinions that I would otherwise be uncomfortable doing and turning those experiences into a positive product.

When I look back on projects that I have written in the past from a place of darkness, I focus first and foremost on the excitement that prevailed through realising it, the humbling feedback and experiences that it afforded me. The experiences that were once the engine in driving its production become merely an afterthought. Additionally, It captures a brief moment in my life and when listening a few months later, it allows me to hear how far I have developed since that period. It can be very liberating.

I wholeheartedly believe that community cohesion and collective action is the best route forward. I believe that we, as public performers have our own duty in raising awareness about mental health. Especially as it is so prevalent in the arts. I believe education will also play a major role moving forward, as will the public sector as a whole. However, real progression will be made with political, social and economic intervention in order to best equip our communities with the resources to provide long term support.

(RE)SUBSCRIBE FOR THE DAILY NEWSLETTER HERE