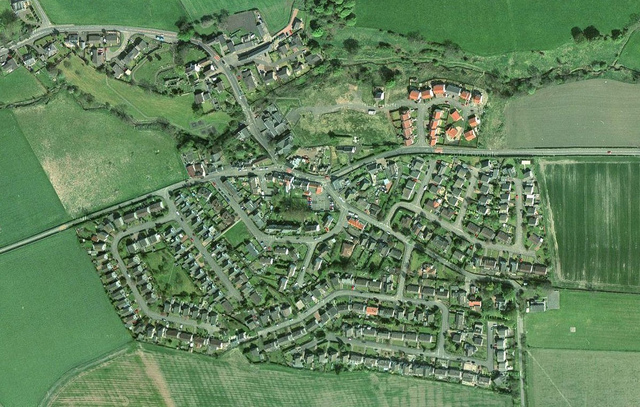 Daphne Vlastari, Scottish Environment LINK advocacy manager, argues that the Planning Bill as it stands will is centralising and will not protect the environment – and calls for urgent action

ONE of the most important new laws for Scotland is making its way through the Scottish Parliament virtually unnoticed by the wider public and the media: the Planning Bill.

By its nature, planning can often be technical, full of jargon and process-oriented. And yet, this Bill will have a profound effect on our lives and environment by determining how our local places are shaped as well as setting out the opportunities we will have, as communities of places and interest, to have a say on those issues. As technocratic as planning may appear, it is a key tool for making places inclusive, sustainable and just generally better.

Community groups and NGOs know that all too well but even a cursory look at the text of the new Planning Bill reveals that the Scottish Government rhetoric of delivering a “world class planning system” is far from reality. The Bill centralises functions, does not promote policy coordination, which is critical for the delivery of climate goals and other environmental protections, and it does not enhance Parliamentary scrutiny. Instead it is removing opportunities for engagement for citizens, rolling back environmental protections and only introducing a few very weak new proposals for communities to make their voices heard.

At the heart of these concerns is that in many ways the Bill falls between two stools: it fails to provide meaningful opportunities for engagement upfront and it tries to firmly close the door on any moves to equalise the right to review decisions through an appeals process, despite this being one of the issues raised again and again by anyone who has had to engage with the planning system. This is why a network of environmental charities has launched an important e-action to highlight those critical issues to Members of the Scottish Parliament.

“It is particularly concerning that the Bill would remove multiple opportunities for communities to engage and replace them with a much more limited process.”

It is particularly concerning that the Bill would remove multiple opportunities for communities to engage and replace them with a much more limited process. For example, Local Development Plans provide a vision for how communities will grow and develop in the future.  They are critical to making local places better yet the Bill would completely remove the Main Issues Report, the main stage where communities are consulted on how their local area should develop. The Bill would replace this stage with a technocratic “gate check”, with no clear requirement for any consultation at all until the plan is almost complete.  Communities would end up being consulted only when a Local Development Plan has been already developed. At this point, opportunities for meaningful change or amendment would be minimal.

The Bill introduces a new concept of “Local Place Plans” as an apparent alternative way for communities to set out how they would like their local area to develop. These are a great idea in theory, however, the Bill does not propose that they become part of the development plan, which will remain the critical document for determining whether development should happen or not, so the ability for communities to have any influence through Local Place Plans will be severely limited.  This very weak mechanism does not even meet the Government’s own ambition that “communities have a real influence over the future development of their places through meaningful early involvement”.

“Community groups and environmental NGOs have developed practical ideas about how this could be taken forward without disproportionately impacting development opportunities.”

At the same time as rights for communities to get involved are being removed, one of the key injustices of the planning system remains unchanged. This is the right, for applicants only, to seek a review a local authority’s decision and get a second chance at getting their development through. If we want to have a planning system that is fair and supports inclusive growth, it is difficult to see why no consideration can be given to equalising the process of appeals by introducing a limited right for communities to appeal a decision under certain circumstances, for example when a development is not in line with the Local Development Plan.  Similar limitations could be applied to applicants’ right of appeal in order to ensure there is no overall increase in the numbers of reviews.

Community groups and environmental NGOs have developed practical ideas about how this could be taken forward without disproportionately impacting development opportunities.  Equal rights of appeal would put applicants and communities on an equal footing and help ensure that planning operates in the wider public interest, not just in the interests of those fortunate enough to be able to make planning applications.

It is only through such changes that Scotland will be able to benefit from a world-leading planning system that is fair to all and promotes sustainable development and inclusive growth. If you agree, join community groups and environmental NGOs in supporting their e-action to help plan a better Scotland!