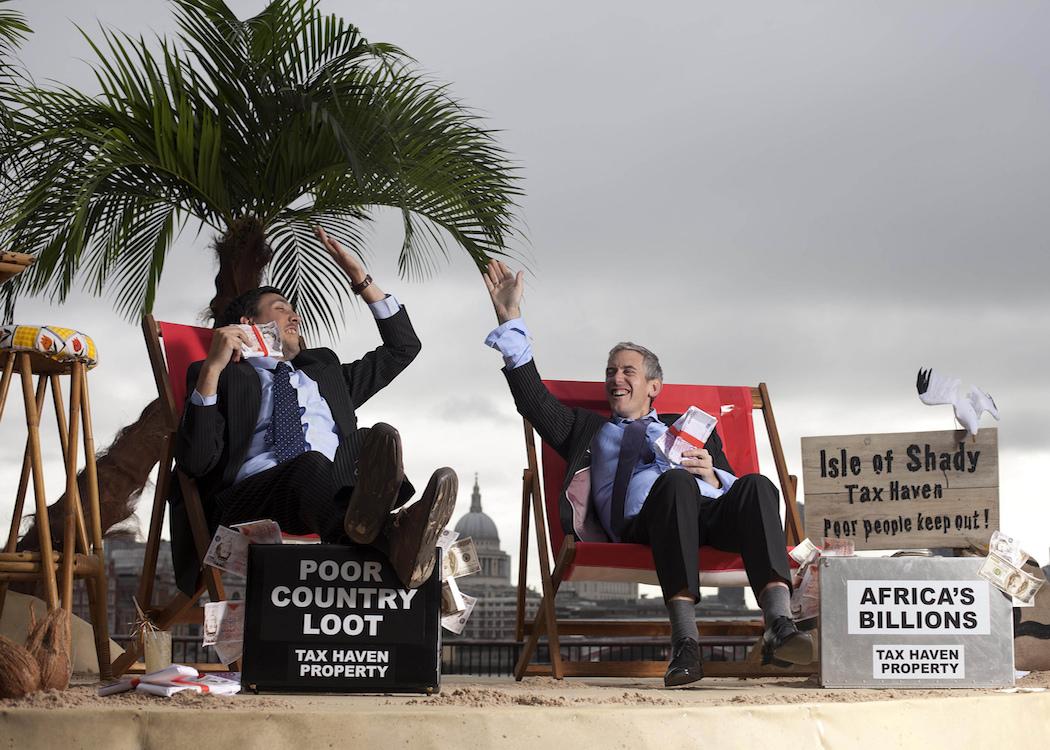 Inheritance of tax haven money under the spotlight after Panama revelations

Evidence has emerged of Cameron benefiting in various ways from members of his family with tax haven assets.

Biographer of the prime minister, Isabel Oakeshott, claims that the personal wealth of the Cameron family was in part derived from the tax avoidance industry

The Panama Papers, which linked almost every nation on earth to the PS13 trillion tax haven system, revealed that Cameron’s father established Blairmore Holdings Incorporated as a tax haven firm, and was a director over three decades.

The government is refusing to comment on whether Cameron would inherit revenue from the tax haven funding, which has since been moved to Dublin. Other finances from his father are lodged in the Jersey tax haven.

A Downing Street spokesperson now claims that Cameron will not benefit from any tax haven fund “in future”. However, now that Blairmore is based in Ireland it is not clear whether this statement includes the fund – and its appreciation while based in a tax haven.

Biographer of the prime minister, Isabel Oakeshott, claims that the personal wealth of the Cameron family – which contributed to his school at the top private school Eton – was in part derived from the tax avoidance industry, contradicting Downing Street’s claims of no “benefit”.

Labour MP Jess Phillips added that Cameron was “a very average boy who used privilege rather than brains to get where he got.”

Cameron has also benefited from hospitality at the tax haven-registered Tarbert Estate on Jura in Scotland.

“What these revelations also confirm, however, is that the unequal distribution of land ownership in Scotland is tied closely to the network of global tax avoidance exposed by the Panama Papers.” Rise spokesperson

Viscount Astor, Samantha Cameron’s step-father from the age of five, owns the 19,000-acre tax haven estate. Astor is also a hereditary Tory member of the House of Lords.

Cameron has repeatedly visited the tax haven estate on Jura. Bruce Anderson, who went deer shooting on the estate with Cameron, said the prime minister is a ” devotee ” of the blood-sport during his visits there.

Astor’s Tarbert Estate is part of the total 750,000 acres of land in Scotland registered in secretive offshore tax havens. The issue of tax haven land ignited campaigners to call for an all-out ban over the last year.

#PanamaPapers: what could Revenue Scotland do about tax avoidance?

“In practical if not in strictly legal terms, it seems very unlikely that the prime minister has remained entirely isolated from the vast wealth collected by his family. Coupled with the fact that his late father Ian exploited the offshore system to avoid paying tax, and the pressure on Cameron is now immense.

“What these revelations also confirm, however, is that the unequal distribution of land ownership in Scotland is tied closely to the network of global tax avoidance exposed by the Panama Papers. As part of the UK, Scotland is implicated in the giant tax fraud committed by the global rich on the rest of us.

“We need to radically democratise land ownership in Scotland. A first step in that process would be to outlaw the ownership and sale of Scotland’s land through offshore accounts.”

The controversial status of the Jura estate follows revelations from CommonSpace that Scotland’s largest aristocratic landowner, the Duke of Buccleuch , used a Cayman Isles tax haven to control and sell land.

A Downing Street spokesperson now claims that Cameron will not benefit from any tax haven fund “in future”.

The fall-out from the Panama Papers also raises issues over Viscount Astor’s declaration of interests as a lawmaker.

Tarbert Estate, Astor’s land, was transferred to a firm called Altar Properties Limited based in the British Virgin Islands tax haven in November 2014.

Viscount William Astor does not declare any land ownership , or Altar Properties, among his 11 registers of interest.

Speaking to CommonSpace, land expert Andy Wightman said: “It is legitimate to rely on his members interest statement. None of those companies under category directorships look like they are land owning directorships.”

Viscount Astor did not response to request to comment. Downing Street referred questions to current statements in the public domain.

Pictures courtesy of Enough Food IF