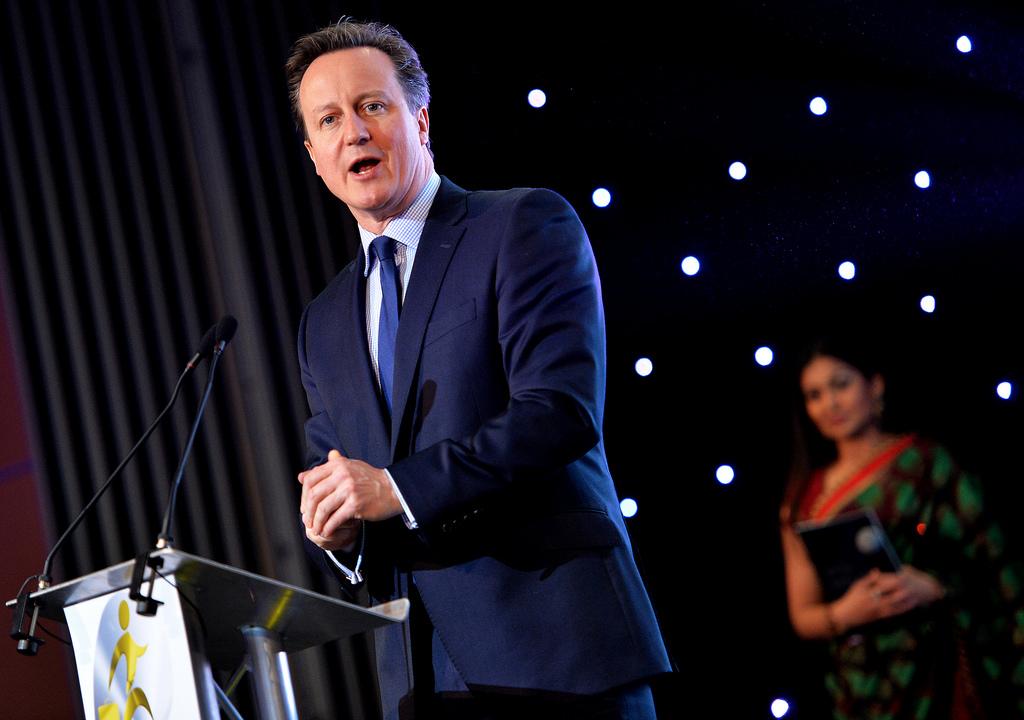 Women in audience: “We want the NHS how it used to be. Free at the point of service”

DAVID Cameron was rattled at an Age UK rally, the UK’s largest charity for elderly people, when he was criticised over the NHS and for trying to take questions from the media when those in the audience wanted to quiz him further.

Cameron was further embarrassed when he tried to score points by saying he had come to the rally when “you might want to ask while other party leaders are not coming to your gathering”, before the audience informed him that they were all coming. (Click here to see the video).

One man in the audience raised the issue of reductions in pay for NHS staff, saying: “Nurses and doctors are leaving the NHS to go into private agencies because they can get more money.”

Cameron refused to answer the question directly, leading to further jeering from the pensioners in the audience

Another women said “you promised free prescriptions”, to which the prime minister replied by saying prescriptions are going to stay as they currently are.
The women retorted in an anguished voice: “We want the NHS how it used to be. Free at the point of service.”

At one point a clearly rattled Cameron said: “If you are not happy with how elderly people are being valued in this society, don’t blame other Ministers – blame me,” which led to laughter from the audience.

After a substantial grilling, Cameron tried to move the questioning on to give the assembled media a chance to ask questions, which led to further heckles from the crowd with audience members saying “this is our gathering”.

A new Ashcroft opinion poll has shown Labour and the Tories tied on 33 per cent of the vote each, going in to the final six weeks of the General Election campaign.

The National Health Service has consistantly polled as one of the most important election issues.