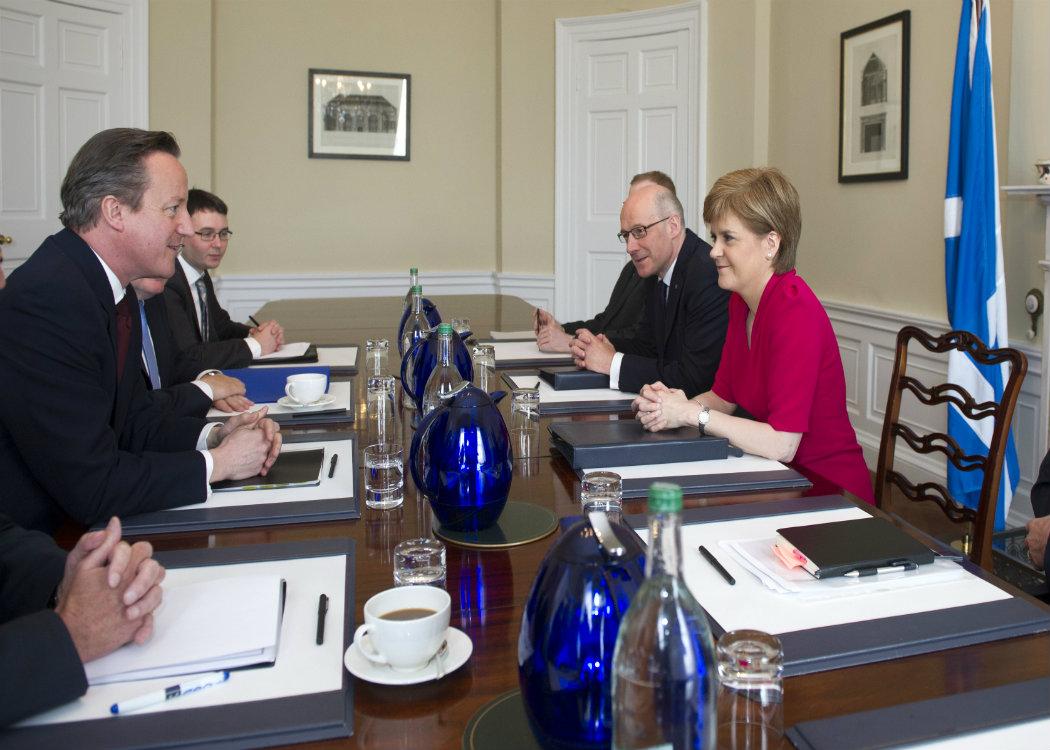 PRIME MINISTER David Cameron has made a vow to consider further powers for Scotland, following a meeting with First Minister Nicola Sturgeon in Edinburgh.

After the meeting, Sturgeon and Cameron indicated that minor progress had been made in relation to going beyond the current devolution plans.

Speaking to Sky News, Sturgeon said a commitment had been made by Cameron to implement the Smith Commission in full and to consider going beyond the Smith agreement.

“We will put forward proposals for devolution further than the [Smith] commission proposals. The prime minister says they will consider those proposals. I’m not going to put words into his mouth and say he’s agreed any specific proposals,” she said.

A senior SNP source told the media prior to the meeting that a failure to devolve further powers to Scotland would increase the likelihood of a second referendum on Scottish independence.

Discontent with the speed of change from Westminster, couple with further austerity cuts, risks inflaming both SNP and Labour opposition in Scotland towards the Tory government at Westminster.

Yesterday [Thursday 14 May] the cross-party Holyrood committee on further powers reported that current UK Government plans failed to meet the “spirit of substance” of the Smith Commission agreement.

David Cameron, following the meeting, said he would re-consider these issues ahead of a Scotland Bill being introduced to parliament.

He also did not “rule out” making other changes if “sensible suggestions” are made beyond the Smith Commission proposals.

The SNP want to see the devolution of the minimum wage, employment legislation, corporation tax, and social security powers as a transitional stage towards ‘full fiscal responsibility’, whereby Scotland would control all political decisions with the exception of the military and foreign affairs.