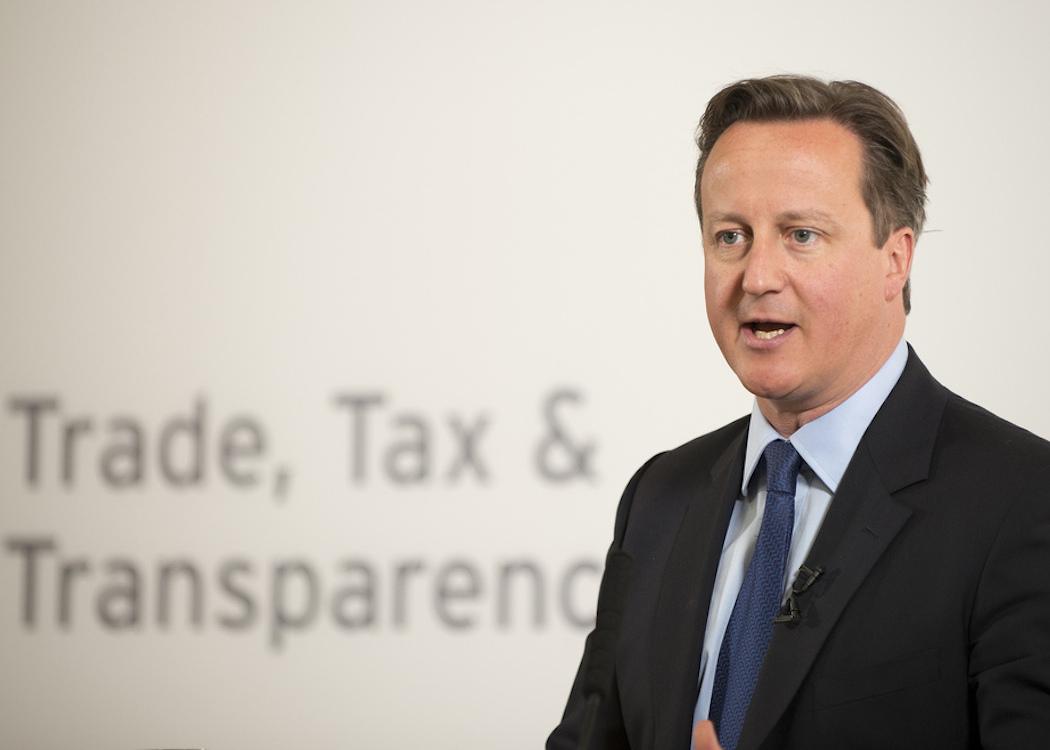 BOTH SIDES of the UK prime minister’s family have now been implicated in the fall-out from the Panama Papers tax haven scandal.

Pressure is building on Cameron to reveal whether he is set to benefit from his late-father’s multi-million pound tax haven investment firm, revealed this week among the 11 million Panama Papers.

Despite dodging questions on the future inheritance of the fund, a spokesperson for Cameron admitted that his partner Samantha Cameron does hold shares in her father’s land. Lord Astor, who was Samantha Cameron’s step-father from the age of five, owns the 19,000-acre tax haven registered estate on the Scottish island of Jura.

Labour party leader Jeremy Corbyn has called for Cameron’s tax affairs to be investigated as part of an overhaul of the UK’s tax havens – which are at the centre of the vast, global tax haven industry.

When asked if Cameron himself had questions to answer, Corbyn said: “Well, there are questions that have been placed there about his family’s estate and about his father’s investment.

“Obviously, they must be part of that investigation [into tax havens]. The investigation must be independent, fast, thorough and fair so that we get to the bottom of this.”

Cameron’s father, Ian, helped establish and then ran the firm Blairmore Holdings Incorporated from the 1980s until his death in 2010. The firm, valued at nearly $20m in 1998, received wealth from UK investors who moved their money to a fund “not liable to taxation on its income or capital gains”.

When asked about the status of the wealth fund, Cameron’s spokespeople replied that it was a “private matter”.

However, the Cameron family’s ownership of tax haven land is a matter of public record – and an issue that has generated significant political controversy.

The Brits exposed so far by the #PanamaPapers tax haven scandal

Campaigners spent nine months attempting to ban the ownership of tax haven land in Scotland – covering a total of 750,000 acres – due to the web of secrecy surrounding corporate structures and the threat that the havens would be used to avoid future land taxes.

Astor, a hereditary peer in the house of lords, previously compared the Scottish Government’s land reform plans to Zimbabwean actions of Robert Mugabe, which were themselves funded by the UK Government.

When asked about any future financial benefits from both sides of the Cameron family using tax havens – and if any of those assets are now tied to his wife – a spokesperson for the prime minister reiterated that he was not currently receiving any financial benefit.

The spokesperson added: “Mrs Cameron owns a small number of shares connected to her father’s land, which she declares on her tax return.”

On Sunday 3 March the biggest data leak in the history of journalism exposed the world’s rich and powerful , including 500 banks and a dozen current or ex-state leaders, as complicit in the vast offshore secrecy industry.

Campaigners are calling for action against global tax havens – especially the UK’s overseas territories and crown dependencies, which are at the heart of the scandal.

Over half of the 215,000 firms identified in the Panama Papers leak are based in UK administered tax havens – the largest, in this case, being the British Virgin Islands (BVI).