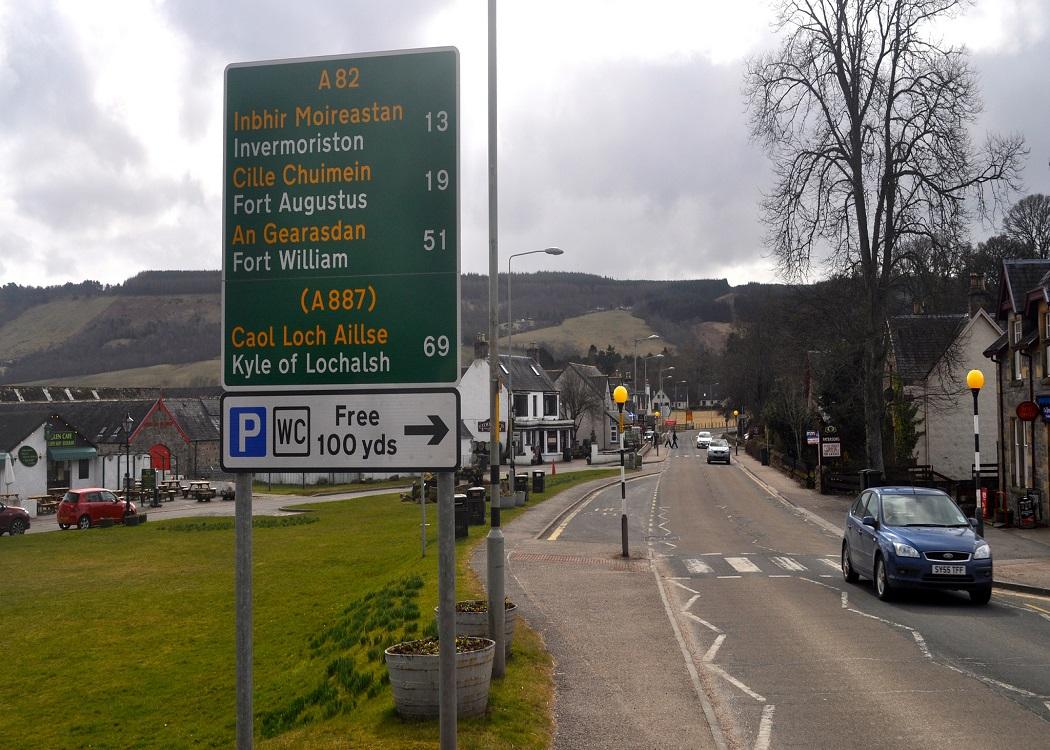 Columnist David Carr reflects on his encounters with a national treasure

As this goes to press, I shall be holidaying on Eilean a’ Cheo, doubtless being eaten alive by midgies, while taking in some of the most magnificent landscapes on God’s earth.

I don’t have the Gaidhlig. Not by any stretch of the imagination. Few of us do. We’re even unsure whether Gaelic is pronounced ‘Gallic’ or ‘Gaylick’ (the former).

But suddenly – I find myself wanting to learn.

I don’t have the Gaidhlig. Not by any stretch of the imagination. Few of us do. We’re even unsure whether Gaelic is pronounced ‘Gallic’ or ‘Gaylick’.

I have always been what linguist Steven Pinker calls “a language maven”. I am not competent in many languages apart from English. I can hold my own limited situations in French and German.

Swedish colleagues have been impressed when I SMS them in Swedish about meeting arrangements. (Top tip: hold down the keys on your phone to type an o or an a).

I like to pick up bits and pieces – foodie words – plus phrases I can use to be sociable. The odd asalaam aleikum and shukriya can make friends.

I have a neat trick, when corresponding with non-native English speakers of beginning and ending e-mails with “hello” and “thank you” in their own language.
It pays dividends. For this purpose, I commend to you the wonderful omniglot.com, for all your language needs. I’ve used it to write this column.

That looks a little intimidating, doesn’t it? To my uneducated ear, in Gaidhlig many consonants aren’t quite silent, but they’re softer than what we’re used to. I had to adjust to this in Swedish also (Gothenburg = Goteborg = ‘Yurterborr’. Something like that.). Gaidhlig sounds aren’t easily transcribed into English.

Keep at it. You doubtless already know that ‘slainte mhath’ is pronounced ‘slange-uh vah’. Ish. So at first sight it seems that consonants are either silent or a ‘v’. A friend joked that chances are, any random word will be pronounced ‘Vah’,. You can say ‘Bunnahabhain’, surely?

It was that at the Glasgow anti-austerity demo, and due to the kindness of a stranger, that my son carried a Common Weal placard reading ‘A-mach leis na Toraidhean!’ (Tories out!).

So why this sudden urge to learn more? I’ve just been stumbling over Gaidhlig lately, and I’ve become hooked, intrigued at the previously unglimpsed (by me) Gaidhlig culture.

And so it was that at the Glasgow anti-austerity demo, as by-product of the Common Weal’s Butterfly Rammy Facebook page, and due to the kindness of a stranger, my son carried a Common Weal placard reading ‘A-mach leis na Toraidhean!’ (Tories out!).

My Gaidhlig Slogans Project is ongoing. Please contact me for further details.

I was, of course, aware of the Scottish Government’s effort to promote Gaidhlig. Even douce East Renfrewshire, where I stay, has launched a consultation.

Some harrumph at the perceived waste of money on all of this. After all – who even speaks the language? But isn’t there a thrill when one drives north and the bilingual signs appear (becoming monolingual Gaidhlig in the Western Isles)?

Doesn’t this generate just as much tourist revenue as the fact that one can wave at Balmoral as one drives by? (I shall give Charles Windsor this: he has the Gaidhlig.)

Languages are political. Irish, Cymraeg, Euskadi have all had their places in various struggles.

And shouldn’t we cherish languages anyway? On principle? Just think of the millennia of high culture that Gaidhlig embodies.

Languages are political. Irish, Cymraeg, Euskadi have all had their places in various struggles. So too Bengali, which was central to a national movement, with Nobel laureate Rabindranath Tagore at its heart. Or English in apartheid-era South Africa.

Irish, in fact, has a special status. To be versed in Irish is a mark of education. Those who pass a government exam are entitled to wear the Fainne (ring) lapel pin which indicates that the wearer can and is willing to speak Irish. The Irish honour their vast linguistic heritage.

Gaidhlig shares that tradition. We forget. What language did St Columba speak?

It would be disingenuous to suggest that there was not a Scottish consciousness-raising behind the promotion of Scots and Gaidhlig. What of it? Why should we turn our back on our shared history, our shared culture, our land?

Let’s pause for a moment to recall the reason why Gaidhlig almost died out. While Scots – later English – was the language of the lowlands, The Highlands were the Ghaidhealtachd – the word still used administratively – literally the Gaidhlig speaking area.

The area is sparsely populated. We all know why. The language didn’t fade away because of the superiority of English. It was cleared out.

At a recent talk by land rights campaigner Andy Wightman, I learned that the last speaker of the distinctive Deeside Gaidhlig died in recent memory. Her language clung on because her family held rights to their pocket of land.

To respect Gaidhlig is to honour a people, their traditions, their history.

Gaidhlig comes into our lives – if it does at all – in bits and pieces. The government signs and letterheads. The BBC Alba programmes – Padraig Post, Eorpa, Haggis Agus.

To be versed in Irish is a mark of education. Those who pass a government exam are entitled to wear the Fainne (ring) lapel pin which indicates that the wearer can and is willing to speak Irish. The Irish honour their vast linguistic heritage.

And let’s give special applause to the excellent Diomhair, required indyref viewing detailing government dirty tricks against our movement. Quietly, subversively done, in a language the BBC masters didn’t understand. But it had subtitles.

I’m on the cusp, aren’t I? There are Gaidhlig lessons available locally. Join me?

POSTSCRIPT: Courtesy of Learn Gaelic (learngaelic.scot) I have now had my first Gaidhlig taster session at the Gaelic Cafe as part of the Merchant City Festival. I would like to thank Eilidh Lewsey for her encouragement.