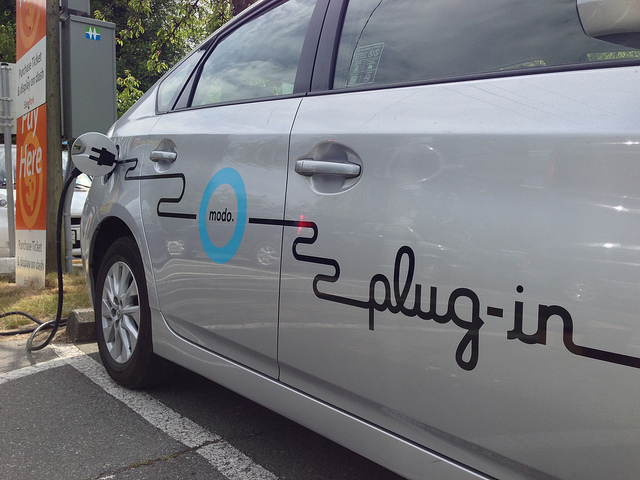 AS part of its Programme for Government, the Scottish Government has set itself a target to phase out the need for petrol and diesel cars and vans by 2032.

Lacking the powers for an outright ban, the government has focused on providing the charging infrastructure that will make it easier for drivers to switch voluntarily to electric and hybrid vehicles.

A key intention is to make ‘range anxiety’ a thing of the past by providing more charging points. Proposals include creating Scotland’s first ‘electric highway’ on the A9, including charging points along the route, making electric vehicles viable in a rural setting.

The motivations behind the sudden flurry of announcements on electric vehicles is intriguing. While there are some noises about climate change, the emphasis is on air pollution.

This ‘build it and they will come’ approach is complementary to ongoing developments in motoring. Volvo plans to phase out petrol and diesel models by 2019 – and it is unlikely to be the only manufacturer. The UK Government has a manifesto commitment to ban the sale of petrol and diesel cars and vans by 2040. France proposes the same timescale. Germany is pushing for 2030.

The motivations behind the sudden flurry of announcements on electric vehicles is intriguing. While there are some noises about climate change, the emphasis is on air pollution. (The acronym used by the Scottish Government is ULEVs – ultra-low emissions vehicles).

This is a good thing in itself. Air pollution from cars, vans and lorries is a major cause of ill health and premature death. But when it comes to the role of electric vehicles in combating climate change, here the story gets more complicated.

Cars contribute approximately 20 per cent of greenhouse gas emissions. Given the urgency of climate collapse, any solutions which will remove the need for them to burn fossil fuels are clearly good.

But the move from internal combustion to electric power begs an obvious question: where will all the electricity come from?

But when it comes to the role of electric vehicles in combating climate change, here the story gets more complicated.

There are considerable challenges in decarbonising our domestic and industrial electricity supply as is. For the techies among us, this useful site shows demand and supply in a system still heavily reliant on fossil fuels (as well as nuclear).

To put that in context, it’s the equivalent of around 10 new Hinckley C nuclear power stations or 1,000 Hywind floating wind farms of the kind currently being piloted off Scotland – all taking time and money to build.

So if we are to establish a supply of greenhouse gas-free electricity, the first decision to be made is whether to use nuclear or renewables. The big news recently has been that offshore wind has become cheaper – requiring fewer subsidies – than nuclear.

But wind still has the problem of intermittency. That is theoretically soluble – by connecting multiple generating and storage sources through a super grid. The big problem with that is that it is only at the evaluation stage. No serious proposals are in place. This is a much bigger barrier to electric vehicles than too few charging points.

The transition to electric vehicles will require a good deal more in terms of infrastructure than a charging network.

So the transition to electric vehicles will require a good deal more in terms of infrastructure than a charging network. That is not to rubbish the idea, but to place it in the context of a transition over and above that which needs to be made anyway in domestic and industrial electricity generation.

A good deal of the work that needs to be done is currently outwith the Scottish Government’s remit. One encouraging area, however, is financing. The Programme for Government includes the establishment of a Scottish National Investment Bank (Snib), focused on providing investment for, among other things, gaps in green infrastructure. A Snib would be able to provide the sort of long-term financing that the private sector is reluctant to provide.

A complex picture has emerged of what it will take to put electric vehicles on the road. The consumer-led approach taken by manufacturers and backed up by the Scottish Government’s infrastructure proposals are a useful contribution, as is the UK Government’s legislative approach.

But they are only the tip of the iceberg of what is needed. The unspoken reality is that the 2032/2040 dates are less about climate collapse than cleaner air (a good thing!), albeit as a stepping stone to reducing greenhouse gases.

There is still more to be done in terms of pressing governments, worldwide, for joined-up plans for decarbonisation. We do not yet see a Marshall Plan for renewable energy.

Their full environmental benefits will only be realised if we also plan the infrastructure to provide electricity from clean sources.

As to the role of electric vehicles, it is worth reflecting that we got where we are through what writer Kurt Vonnegut called “a hundred years of transportation whoopee”. Cars are ubiquitous and have shaped our cities, our countryside and our lives – in beneficial ways, but also detrimental.

Electric is better than internal combustion, yes – until you take into account that a large proportion of a car’s greenhouse gas emissions and other resource use occur before it has left the factory. And while manufacturers may want us to drive cleaner, they have little interest in selling fewer cars.

Can we wean ourselves off cars? Do we want to? Can we envisage a transport policy based not around electric vehicle charging points but buses and trains? (Note that 49 per cent of Glasgow households do not have cars).

Or – even better – can we reduce the need for travel by re-shaping our communities along more local lines? Fewer retail parks, more local shops?

We can be sure that electric vehicles are coming. The market is headed that way. The Scottish Government’s support for the transition is welcome. But their full environmental benefits will only be realised if we also plan the infrastructure to provide electricity from clean sources.

And even then, can we really consume our way out of climate collapse?