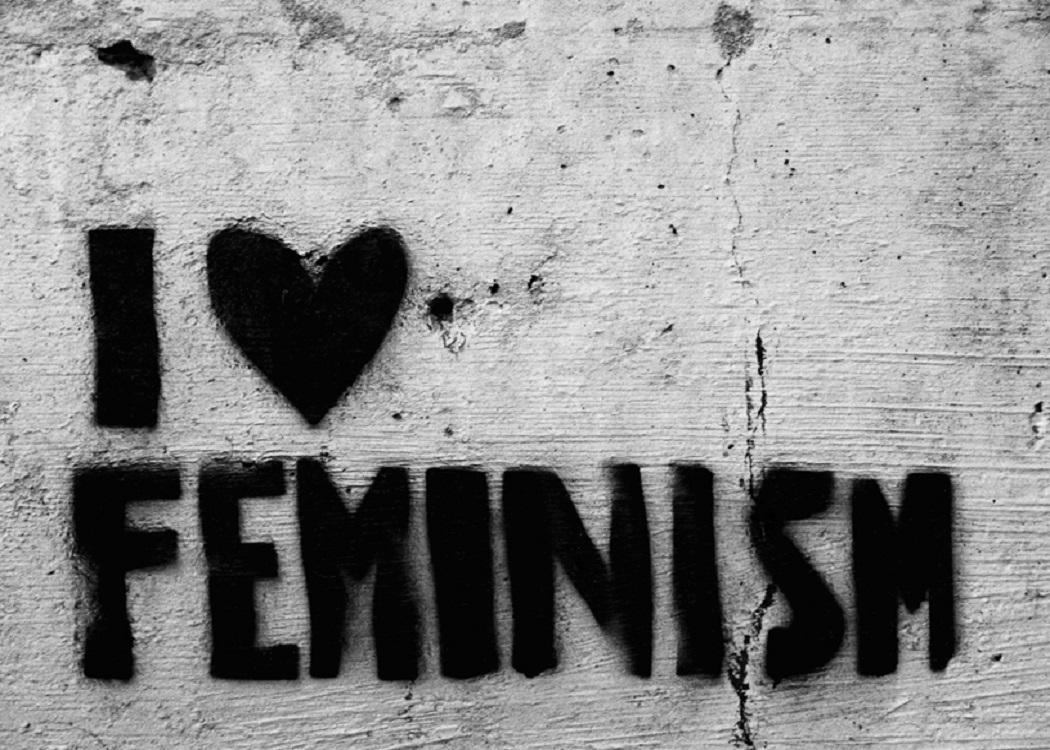 I AM not going try to explain feminism. I have not the lived experience. Many are more qualified, more entitled, more gifted.

It’s always a bit crap when men do the ‘I’m a feminist’ thing, but, please, indulge me a Feminist rant. I want to shout at some idiots.

(I will be directing this mostly at a certain kind of man. It’s entry-level stuff and women, who already live this, may wish to read something else.)

There are some that continue to deny, against all evidence, that disadvantage for women is built in to the very structure of society from top to bottom.

There are some that continue to deny, against all evidence, that disadvantage for women is built in to the very structure of society from top to bottom. And that this is a bad thing. This bland statement, evidenced everywhere we look, will be met with amazement by some.

I am tired of the bogus denials and prevarications around women’s rights. Among these is the quaint assumption – sometimes spoken, often not – that men are the more able, more gifted, more rational, more intellectual sex – and therefore are best placed to rule.

This can easily be defeated with evidence and reason. I will turn so-called masculine arguments against themselves.

For who in Scotland has a finer intellect than – one example among many talented women – Lesley Riddoch, Ruth Wishart, Nicola Sturgeon… shall I go on?

And who are these ‘reasonable men’ who keep lashing out at women?

To put things at their starkest, take the appalling figures for violence against women. We hear immediately that it’s because it’s reported more. That’s the first thing we hear – not horror at its obscene prevalence. That’s someone else’s problem. Besides – sometimes women cry rape.

Barbara Castle’s Equal Pay Act has turned out, even after all these years, to have been more aspirational statement than democratic law. Yet we find excuses.

These scandalous attitudes are embedded in our masculine culture and we know it. It’s rational men committing these crimes? Stop trying to play fast and loose with exculpatory logic while ignoring the basic fact of harm.

To stereotype, rational men like to measure things. Women’s disadvantage is easily measurable.

Let’s take an incontrovertible statement – that women are disadvantaged at work. We know this. Barbara Castle’s Equal Pay Act has turned out, even after all these years, to have been more aspirational statement than democratic law. Yet we find excuses.

Women should just be pushier. Women simply aren’t worth as much, what with going off to have babies. Which is where, we suspect, they should be all along. What can we do?

Plus there are all those subtle insinuations that inequality is an inevitable state.

Until recently I worked for a major multinational – I shall not name it out of personal embarrassment – not normally thought of as an enlightened employer. They were developing a diversity and inclusion policy. Why? They werenae doing it to be nice.

It is obvious, even to hardnosed business folk, that talent is equally distributed across gender, race, sexuality, physical ability, thinking style. If you are not attracting people who reflect the make-up of society – say, its gender balance – then you are missing out on talent.

It is obvious, even to hardnosed business folk, that talent is equally distributed across gender, race, sexuality, physical ability, thinking style.

But your competitors won’t be. And if, once you recruit women you do not create inclusive, female-friendly environments, you quickly lose out on recruitment and development costs as the talent you are trying to nurture votes with her feet.

So feminism makes sense. In sharp, masculine business terms. But we still don’t go for it.

Anas Hassan recently wrote for CommonSpace about the gender imbalance in Scottish politics and argued for its feminisation. We can debate the best solution to this. Some have argued that quotas are unfair. Others – often the same people – that they are unnecessary (I have even seen it argued that women simply don’t want to be politicians – otherwise what’s stopping them?).

‘It should be on merit’. Well, of course. But if people got where they are on merit, in politics or work, men and women would be represented 50/50. Sound, statistical theory tells us this. Where this is not the case, we can tell – reliably – that something is wrong.

There must be some sort of barrier. Why aren’t we addressing the barriers? We already know, rationally, that they are there.

Many of the barriers concern the place of women in society. It’s always been like this and so – rationally – must always remain so. Until we look at human development and ask why.

Some mistakenly think that gender roles are biologically determined. It is unarguable that there is one big thing that women can do that men can’t, but there are nowadays few – and less important – things involving strength that a few men do better than all women.

If people got where they are on merit, in politics or work, men and women would be represented 50/50. Sound, statistical theory tells us this. Where this is not the case, we can tell – reliably – that something is wrong.

It is not at all clear why this should be thought to account for the clear distinctions between female-male roles, and the subsequent patterns of relationships between women and men, that are the norm today.

All that we empirically observe is that some women have distinct economic roles. These shape their position within society. We have tended to think that productive/economic activity has historically been the sphere of men while women exist in the domestic sphere.

It is quite clear, however, that women’s work has always been economically vital. Writer Katrine Marcal pithily summed this up in her book ‘Who Cooked Adam Smith’s Dinner’ – some essential services are not traded for money so don’t count towards a nation’s wealth.

And let’s recognise that the essential domestic and caring roles are generally in addition to the conventionally ‘productive’ activity that women also contribute.

An obvious start would be to at least do the accountancy right and recognise women’s contribution to society, but if genuine progress is to be made, we must start to dismantle gender barriers in all spheres.

A certain kind of man may be feart of this. We are told of (boo hoo) the ‘crisis of masculinity’ in which men no longer know their place.

One of the great gifts of the feminist movement has been something called ‘consciousness raising’. Feminism gives us all a chance to examine what is wrong with our economy, our lives and to move together to somewhere happier.

Feminism gives us all a chance to examine what is wrong with our economy, our lives and to move together to somewhere happier.

There is no evolutionary evidence to suggest that gender imbalance is inherent in human societies: it is a mere artetfact of how we’ve set ourselves up to do business.

We already know, for blunt, economic reasons, that we need to change. Our natural, biophilic state is towards equality. Reason dictates this is where we must go.

The feminisation of life will benefit all.