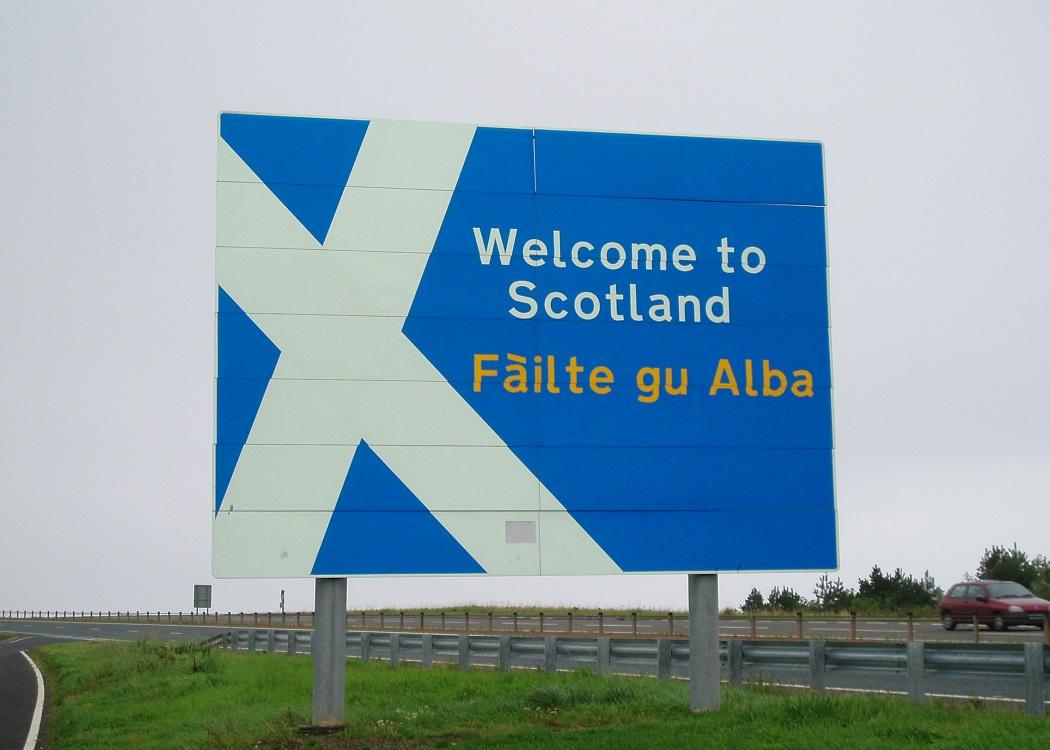 WE all know that the SNP – which is fully congruent with the indy movement as a whole – is anti-English. Don’t we?

I must disclose at the outset that my children are half-English on their father’s side and my wife is married to an Englishman. We’d be naturally sensitive to any Anglophobia. We see none.

It’s not like we haven’t tried. We mix freely in SNP, Women for Independence/Independence for Women, Scottish Left Project and Common Weal circles.

I hardly need tell you this – we just don’t hear it. Ethnicity is not an issue. Period.

And yet Scots, here in Scotland, will tell me to my face that the SNP – generally the only part of the movement they know of – is ‘blaming everything on the English’. We supporters of independence must absolutely take this perception at face value if we wish to move hearts and minds. Remember – we are still on the losing side.

I hardly need tell you this – we just don’t hear it. Ethnicity is not an issue. Period.

Where are people getting their ideas from?

Well, when JK Rowling makes a pronouncement about the SNP’s anti-Englishness, let’s think about whether this might be carefully stage managed. She is an intelligent, politically engaged woman and knows what she is saying. Words are her profession.

I shall not fall into the trap of dissing Ms Rowling’s work. My daughter would kill me. Her monstering by Vile Cybernats is inane. The excuse that there are equally vile Britnats simply bores me.

The majority take their information from the mainstream press. the Daily Record, the Scottish Sun and the Scottish Daily Mail outsell other titles many times over. The National and CommonSpace are important – but niche.

How do we change the perception?

It is insufficient to chalk it down to media brainwashing. There are folk tales out there – I hear these mainly from English friends – of some family that somebody might have known – they might even have been a real family – who settled somewhere in rural Scotland but had to leave because the kids got too much grief in the playground. Doubtless it happens. It becomes synecdoche.

From our side, everyone knows that the English hate the Sweaty Socks. This perception evaporates the second we visit. The 56 have spoken of the warm reception they have been given by ordinary Londoners.

But among all this chatter, with little media support, how do we get it over to the sceptical that this is not about blaming the English? That it’s about self governance? That it’s about, simply, making Scotland a better place?

How do we reinforce what we already know – that this is nothing to do with Scotland vs England?

Among all this chatter, how do we get it over to the sceptical that this is not about blaming the English? That it’s about self governance? That it’s about, simply, making Scotland a better place?

We know that many English folk will never get it. Why should they? They don’t have a dog in this race. Still, the heartfelt desire that Scotland should ‘stay with us’ is common across the political spectrum. David Bowie – who I once bumped into in the Charles Rennie Mackinstosh Hill House – was touching in his sincerity.

I did have an amusing/ frustrating/ futile dialogue with a friend-of-a-friend, a Tory councillor from Lytham-St-Annes who insisted it was all about Braveheart. I quietly unfriended him after he saw such sentiment in the ‘Saorsa’ engraved ring that my silversmith wife had made ( = liberty, redemption… freedom). There were no votes in talking to him.

Loathe though I am to admit it, there’s possibly a role for English voices. I do own an ‘English for Yes’ badge but was reluctant to wear it at indyref. I simply don’t self-identify. I arrived in Glasgow as an adult in The Year of Culture and immediately took to Scotland’s inclusive milieu.

The SNP – which I was wary of – quickly impressed me with its definition of a Scot as ‘somebody who stays in Scotland’. That meant me. We’re a’ Jock Tamson’s Bairns, an’ a’ that.

Maybe I have to stress the English accent more, while parading in my Yes regalia.

Tommy Sheppard MP played a blinder in the House of Commons. Speaking on the restrictions in the EU referendum franchise, he observed: “When I made my maiden speech, a Conservative Member -I think he was trying to be kind and helpful – said, in an attempt to endear himself to Scottish National Party Members, that he had Scottish blood in his veins. I did not get the chance to say so at the time… I have none whatsoever in mine.. It is not a question of identity or genetics; it is a question of residence.” (Hansards)

I must, sadly, share the one bad thing I’ve seen online. On a reasonably prominent and respectable Facebook debate forum that I dabbled with before I learned that face-to-face works better. The coordinator, who had already thrown me off a previous forum for knowing about shipbuilding, told a Tory contributor: “If you’re so keen on England, why don’t you go and live there?”

The SNP – which I was wary of – quickly impressed me with its definition of a Scot as ‘somebody who stays in Scotland’. That meant me. We’re a’ Jock Tamson’s Bairns, an’ a’ that.

Call me po-faced, but I call that unacceptable (substitute ‘socialism’ and ‘Russia’?) But that was just one man being an arse, online. It happens.

Have no illusions. This will be an uphill struggle. We need to call on our friends in the south here, many of whom basically get and approve of what we’re up to. There are a handful of prominent media voices that we could perhaps do more to cultivate. My own favourite is Bonnie Greer.

I must end with one potentially anti-English comment here. It is made with love and solidarity. I do blame England. England truly needs to get its act together. I’ll accept that the majority of you do not vote Tory. But you are not yet organised to beat them or the Red Tories.

Get online, pay your PS3 to elect Corbyn and we’ll take it from there. Rise up with us.