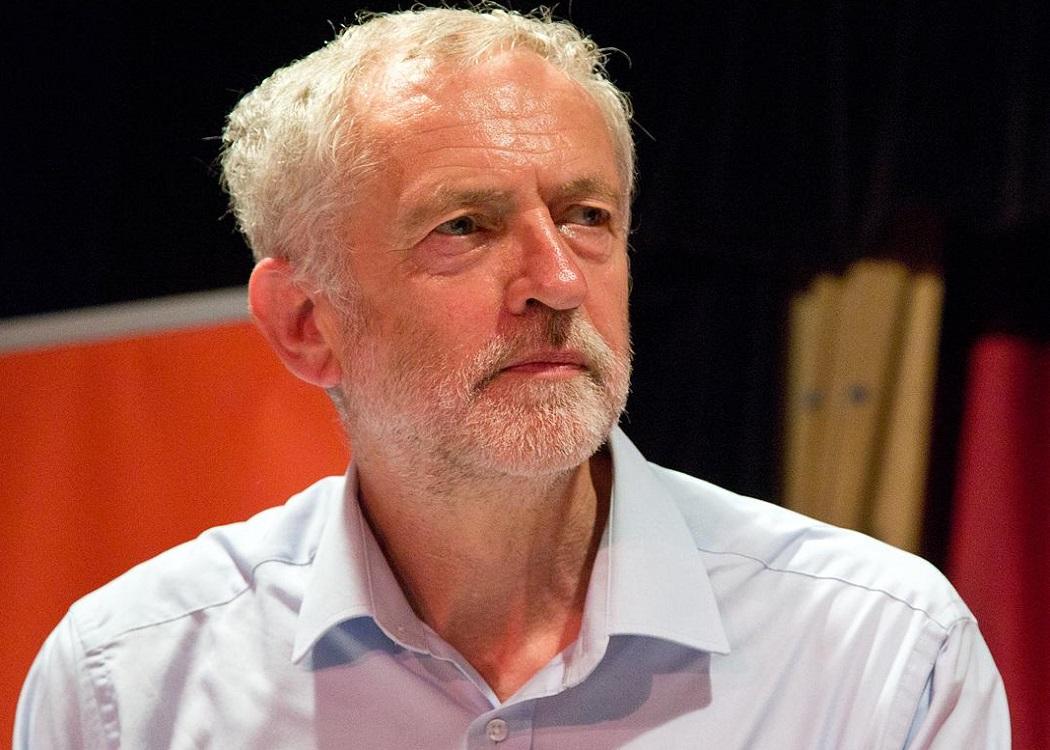 AT the tail end of last year I walked along to Glasgow’s Concert Hall to see Jeremy Corbyn speak to the STUC rally to oppose the anti-Trade Union Bill . I attended in my capacity as a member of the Eastwood Constituency Labour Party.

This would be my second Corbyn rally. Sharing in the hope across the UK, I joined Scottish Labour to vote him in – and said so on my application. At the leadership rally in the old fruitmarket, I was keen to hear his message.

It was a strange affair. Owen Jones made a few ‘I’m from Scotland’ remarks and used the slogan ‘Bairns Not Bombs’ – which had a few audience members looking aghast at one another. Was he entitled?

Don’t get me wrong. I truly want him to succeed. He has given hope to thousands. My Facebook timeline is full of quotes and videos.

There was a massive elephant in the room. Corbyn didn’t mention Scotland. Not a hint. It was almost as if he didn’t want to engage with the radicalisation and organisational capacity that we’ve worked so hard to build.

Still – he got a standing ovation. Jezzmania! Although, a fair few puzzled folk stayed seated, casting their eyes around and trying to work out what they were missing.

But it was great that he was elected. Don’t get me wrong. I truly want him to succeed. He has given hope to thousands. My Facebook timeline is full of quotes and videos.

The Concert Hall event was billed as Nicola Sturgeon/Jeremy Corbyn/Yanis Varoufakis. The Big Y didn’t show. I was hoping that Nicky and Yanis might have a go at explaining Scotland to Jezza – and Jezza and Yanis at explaining socialism to Nicky.

It was a good night. I met plenty of activist friends from Rise, the Common Weal and the SNP, including the Scottish Trade Union Group. That’s what these events are for. I have written previously about the importance of networking. We’ve worked really hard at this.

Sturgeon was on first. I’ll come back to her.

There were many great speeches – I was especially impressed by the young activists from the Better Than Zero campaign against zero hours contracts.

There were many great speeches – I was especially impressed by the young activists from the Better Than Zero campaign against zero hours contracts.

Then Jezza. Standing ovation. Nicky didn’t get one. He started by discussing the etymology of democracy, which I knew. He talked about the Chartists, which I knew. He discussed lots of things that I know – zero hours must go; executive pay is too high; austerity is a political choice. The two women either side of me got increasingly agitated as, after each point, I scribbled “Wheeee!”

None of it was making me think. Thought is important to winning. We can’t simply trot out a message. We have to process ideas, relate them to our own lives, share them with others. Telling me what I already think didn’t do it for me.

He was here to talk about trade unions and gave a nod to Scottish campaigns. I was especially pleased to hear mention of the East Kilbride workers’ stance against Pinochet.

No mention of Jimmy Reid? That’s quite significant for a Scottish audience – and I’m not simply miffed because a personal hero was left out.

The message was of the unions’ vital role in opposing Tory iniquities. Opposition is hugely important. But what else? What we learned in Fairfield and UCS is that workers are more than capable of participating in running their workplaces. They know how they work.

There is another narrative emerging which builds on this Scottish tradition. Scottish Greens co-convener Maggie Chapman has spoken of the right to cooperate. This was echoed in Sturgeon’s earlier speech – which acknowledged Human Rights Day – ‘workers’ rights are Human Rights.

This makes me think.

The message was of the unions’ vital role in opposing Tory iniquities. Opposition is hugely important. But what else?

Everyone is allowed a bad day. I’ll not write Corbyn off just for what I regarded as a lacklustre speech. Most didn’t – there was a standing ovation. But many who I spoke to afterwards agreed with me.

I can’t stress highly enough that I really, really want Corbyn to succeed. Many good friends in England have invested their hopes in him – and are getting mightily pissed off at my Eeyore-like attitude. Sadly, I have my doubts.

The Labour party has already moved against him. He couldn’t afford to whip the New Bennites at a crucial moment. Even the deputy leader opposed him. My friends tell me ‘Give him time!’, but doesn’t he know there’s a war on?

And it would have been helpful if he’d been allowed to show up for the SNP’s Trident debate. The following day he was appointed vice president of CND.

But I’m told that the Red Tories will be swept out. News of moves to stop new, Corbynite members from having a say in selecting Scottish candidates does not appear to have reached Englandshire.

New members and activists have perhaps not yet worked out how you do politics. You have to select candidates, work canvassing return software, manage budgets and argue for funds from central office. Parties provide a scaffolding which enables all that.

If he’s to succeed, Corbynites are going to have to get serious. Hold meetings, build networks: democracy means participating.

Party organisations are networks of friends. So what will happen when new Corbynites show up in Hilary Benn’s CLP intent on ousting him? Will anyone even tell them where the membership list is?

This sneery article gives me no pleasure. I voted for Corbyn.The hopes of my English friends are high – In Jez we trust – and I don’t want them to become disillusioned. But from where I’m looking, The Labour party is deid, as we already know in Scotland.

If he’s to succeed, Corbynites are going to have to get serious. Hold meetings, build networks: democracy means participating. Are they doing that yet? Are they doing it in the south-east where – Blair understood – UK elections are won? I genuinely don’t know. It’s hard to tell from here inside the indy bubble.

But I’m not convinced that the New Labour party is the platform to build on. Rip it up and start again. We did. There’s hope. Another England is possible.

Jezza doesn’t believe in Scottish independence. Fair enough. We should pool and share in a welfare state. What welfare state? It’s gone.

I am genuinely puzzled that, with his socialist background, he doesn’t get it. The state won’t wither away on its own. Has he not noticed that we’re already dismantling it?