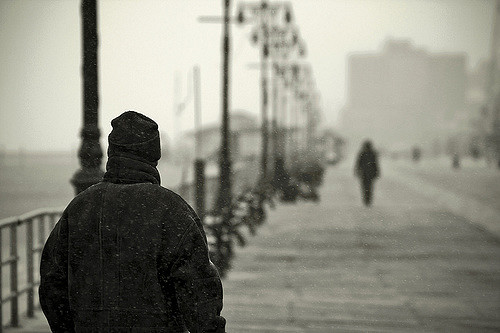 IT was one of those moments when I could do nothing but bark apoplectically at the headline in front of me on a Facebook post: "Sitting at home on sickness benefits is bad for health."

The work and pensions secretary, Damian Green, has reached the conclusion that sitting at home is bad for people who are ill or who have disabilities. He has launched a consultation on disability and sickness benefits which will look specifically at how people qualify for sick pay and doctors’ notes.

On the face of it it’s hard to disagree with that. Illnesses – whether physical or mental – can have profound psychological and social impacts on those who suffer from them. The inability to get out and about can be a major part of many people’s illness.

Read more – Sarah Glynn: The anger over 'I, Daniel Blake' needs to turn into action – here's how it can

So on that level, it’s nice to know that Green cares. If he does. Encouraging people to return to work can only be beneficial, surely, and any consequential reduction of the benefits bill is just the icing on the cake.

Only a cynic would point to Health Secretary Jeremy Hunt’s concern at the NHS’s £7bn cost of treating long-term health conditions that keep people out of work.

I declare an interest here. I’m on benefits. I have a health condition. Fortunately for me it does not confine me. In 2001 I was finally diagnosed with bipolar disorder – a debilitating disease with a high mortality rate – after many years of long absences from work due to depression. I have a personal policy of openness about my illness.

It is scary having to declare yourself unfit for work due to an invisible illness. However, I became confident that I could count on GPs to provide me with sick lines ('fit notes' as they are now called) pretty much on my say so. I would only have to return to work when I felt ready. This process is part of the proposed consultation.

Work gives a reason to get out the door, though, and now that I’m unemployed I’ve had to carve out my own ways of getting social contact, mental stimulation, physical exercise.

My employers were tolerant. But then when I was well, I was a valuable employee. Even so – it was stressful being off sick for long periods, even more stressful going back – and on more than one occasion I pushed myself into returning while still ill.

So that is one reason why Green has me apoplectic – his patronising assumption that I would need his encouragement to return.

Eventually – a long time after my diagnosis and a couple of hospitalisations down the line – my employer’s attitude turned from one of benign neglect to a more helpful occupational health policy. I have nothing but praise for the excellent and empathetic support I received from a company occupational health nurse.

If this were the sort of thing Green intends, that could be useful – for some. But let’s be realistic. Where is the DWP going to get the medically trained staff? Can we trust that the DWP and its Atos subcontractor won’t simply revert to Kafkaesque type?

So what do I do? I walk. Sometimes I swim. I write. I do research in shipping. I volunteer at an English class. I’m an activist.

Eighteen months ago, I was made redundant after 25 years with one company. In my dealings with the DWP, I count myself very, very fortunate. Realistically, I am not Daniel Blake. I have not been pushed into the stress of having to send out meaningless application forms or bullied into a non-job. With my bipolar disorder, that would be damaging.

And so I am on Employment and Support Allowance, which requires a medical assessment (via questionnaire in my case, although I may be called in for interview shortly). ESA claimants fall into the either the support or work related activity groups.

You’re not expected to look for work, but you can be asked to go to a work-focused interview and then do work-related activities.

This is a common pattern. I know countless unemployed, ill and disabled people engaged in all manner of purposeful activities, from caring for relatives to painting to growing food.

However, I’m in the support group. So in the words of Damian Green I can "sit at home collecting benefits". That’s the line that really had me apoplectic.

I wonder if Green has ever had to spend his time at home, whether through illness or simply through lack of job or money. I have, sometimes unable to get as far as the shops. I had encouragement from my excellent community psychiatric team, but a hugely significant factor was them not pushing me back into work before I was ready.

Work gives a reason to get out the door, though, and now that I’m unemployed I’ve had to carve out my own ways of getting social contact, mental stimulation, physical exercise.

So what do I do? I walk. Sometimes I swim. I write. I do research in shipping. I volunteer at an English class. I’m an activist.

This is a common pattern. I know countless unemployed, ill and disabled people engaged in all manner of purposeful activities, from caring for relatives to painting to growing food.

Mental health conditions don’t go away, but we talk about the concept of recovery’. The best definition I’ve heard is, 'Be the best you can be'.

And in the film – which Damian Green hasn’t seen but points out is a work of fiction – Daniel Blake did carpentry and listened to Radio 4 and helped people. We’re not the feckless stereotypes pushed by Benefits Street.

Mental health conditions don’t go away, but we talk about the concept of recovery’. The best definition I’ve heard is, 'Be the best you can be'.

This is what medical professionals say. They do not say, 'Get back to work'.