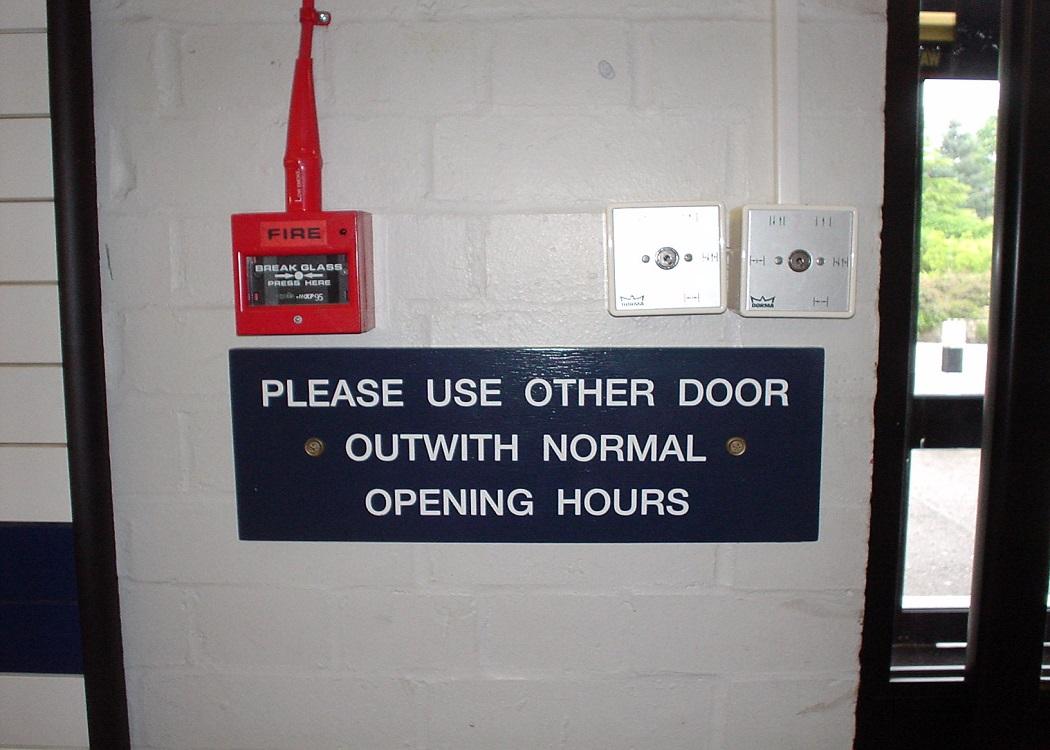 PREPARE for a surprise. The word ‘outwith’ is Scots, not English. It is used and understood only within, but not outwith, Scotland. Some may find this outwith their comprehension.

I have asked competent speakers of English as a second language from across Europe. Nichts. Nada. Ca n’existe pas. It is almost as though we Scots were speaking the language of a new, independent nation.

Outwith is out and proud. It takes its place outwith the family home.

Rammy, coorie, feart are more obviously Scots. While they are gaining some traction, they are still, by and large, words that we tend to use when we are among friends, when nobody will point the finger at our ignorance or guffaw at our quaint ways. They remain largely outwith the mainstream discourse.

Outwith is out and proud. It takes its place outwith the family home. We do not even realise we are being different, but quietly use it to organise and govern ourselves, to take care of business, outwith the control of our putative masters.

Recently on Scotland Tonight the newsreader gave me the phrase “The legal arguments were heard outwith the hearing of the jury”. I turned over to Scotland 2015 and, two minutes later, heard “Outwith the 12th July marching season”.

We use it ubiquitously. Outwith office hours. Outwith the scope of this report. Outwith the budget. Outwith our remit. Please do not circulate this e-mail outwith the organisation. We are being Scots all the time, even if we don’t realise, quietly self-governing. Nobody needs to tell us how to do this.

It is also a word of Scotland’s technological future. I have seen professional Clydeside shipyard engineers write “outwith the required tolerance”. In my own professional work, which was sent to management in England, I would quite deliberately, cheekily, make sure I included at least one outwith in every technical report.

We are being Scots all the time, even if we don’t realise, quietly self-governing. Nobody needs to tell us how to do this.

My technical authority would delete it. No such word! I would sit back and watch the stramash with his boss, who saw no problem. He was from Stranraer.

And I’ve taken it further outwith Scotland. I like to treat academic presentations as a form of stand-up with slightly fewer jokes, so in a human factors symposium that I taught to an invited audience at a Swedish Institute for Shipping and Marine Technology, I thought it might be fun to teach the audience a new, Scots word.

Example: “The crew is outwith the shipbuilder’s technical scope of supply.” One world renowned professor has picked up on it and continues to use it – if only in my presence. It would be de trop to try and make here a point about Scotland’s potential Nordic future.

I am a proselytiser for the word outwith. I have been since I first encountered it – I am not a native Scot. It immediately struck me as a word of difference, something distinctly Scots.

I have great battles with Scots friends to convince them that, no – really – it isnae English. Some dictionaries include it as ‘archaic’. Well – come up here and and say that to the citizens of a modern nation.

I’m told: “Oh – it just means outside”. Not quite. Sometimes it translates into English as ‘beyond’. Even that doesn’t quite convey the physical and metaphorical aspects packed into a single preposition, a symmetrical counterbalance to within.

Plus, it feels great in the mouth, Say it now! Feel what your tongue, your lips, your breath do. It has a remarkably poetic feel for such a pedestrian word. And what is Scots if not poetry?

Some dictionaries include it as ‘archaic’. Well – come up here and and say that to the citizens of a modern nation.

But outwith the wild meanderings of poets manquee, outwith is such a dull, dull, dull word. It’s a word we have to use while we’re chained to our desks, before we can go hame to our families, or out with friends, outwith the working day.

But at least we can work as though we are living in the early days of a better nation. Outwith is one of the tools of our trade.

Outwith is our word of self-governance, of organising our lives of shaping our futures. It tells us that we can choose do these things in our own, distinctive ways. Don’t let it be said that Scots is just the language of drinking and fighting. Although – that too.

Click here to find out more about Butterfly Rammy, Common Weal’s celebration of the Scots language at this year’s Edinburgh Fringe Festival.