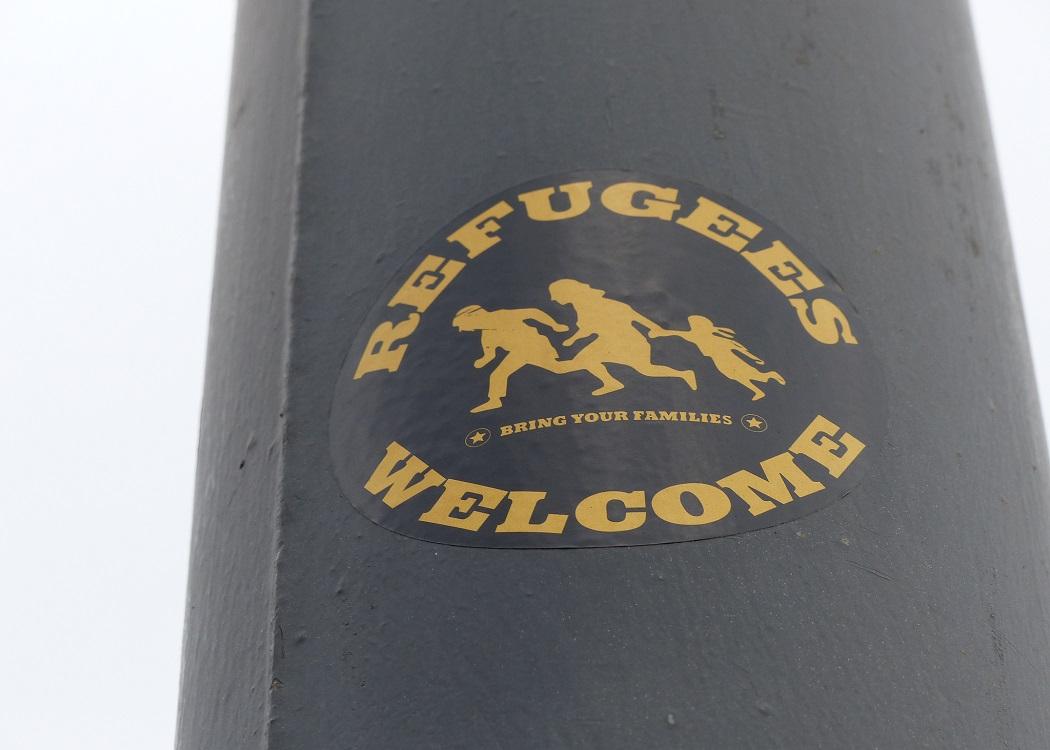 DO not be fooled into thinking that racism is but a minor problem in Scotland.

Do not buy the canard that ‘Scotland doesn’t have racism, only bigotry’. There are those who speak and act despicably. I have seen and heard too much, from the unfunny jokes at the name of the former Scottish Labour deputy leader up to and including actual Nazism, to ever feel complacent.

And we are treating our Roma abominably.

I don’t want to fall into the cliche of ‘We’re a’ Jock Tamson’s bairns’. Scots, as individuals, are not necessarily nicer than any other nation one cares to name.

But there is a crumb of comfort. On the whole, we do not seem to be reacting to inevitable migration as though it were a great evil. We do not wish to see people drown in the Mediterranean , crushed beneath the wheels of trains, suffocated in ISO containers.

Our government does not talk of ‘a swarm’. Rather, it – most notably with Humza Yousaf – states firmly what our moral obligations are as fellow humans. So why does Scotland not seem to be joining in with the clamour to send the army in?

I don’t want to fall into the cliche of ‘We’re a’ Jock Tamson’s bairns’. Scots, as individuals, are not necessarily nicer than any other nation one cares to name.

But I feel there is something in the national psyche, the culture, our history to explain why migration seemingly sits a little differently with us in contrast to other nations.

Scotland is a migrant nation.

The talk of migration is often centred on the Syrians, the Eritreans, the Zimbabweans, the Congolese who, for reasons not of their own choosing, are having to leave their beloved homelands and make new lives in this dreich and unfamiliar land.

This leaves out Scotland’s 200-year-old history of migration which fundamentally shaped us as a nation.

On the whole, we do not seem to be reacting to inevitable migration as though it were a great evil.

For who doesn’t know of the – not enforced, merely ‘encouraged’ – migration of peoples from the Gaidhealtachd? At best, they ended up in urban squalor, feeding the demands of industry.

At worst – they drowned. Drowned. On overcrowded leaky ships on which they they were sold passage by unscrupulous fixers. Forget the cosy half-myth of making new lives in the colonies. Remember those who drowned in the days before the Plimsoll line was fought for.

And what struggles did our migrants face in Canada, Australia, New Zealand and beyond, severed from their communities, families, culture? Worried sick about the fate of the loved ones left behind.

Then – think also of those who migrated to the country to escape famine, generally finding themselves in squalid conditions of desperate exploitation. Some found their feet, sure, but generations of the descendants of those who didn’t still experience disadvantage.

For the modern, Scottish immigrant the reality remains harsh. Among the poisonous lies about benefits tourism, some facts should be acknowledged.

Asylum seekers (and, by the way, who even recognises the difference between refugees and asylum seekers?) – who are forbidden from working on pains of being chucked out – have PS39 per week to exist on.

Until their claim is rejected, when they get nothing. All the time struggling to navigate an alien city and culture, walking miles between doctors and English lessons and libraries and immigration offices.

For the modern, Scottish immigrant the reality remains harsh. Among the poisonous lies about benefits tourism, some facts should be acknowledged.

Constantly hassled by the UK Home Office about not ‘integrating’ (without jobs?). Fearful of their precarity. Hearts aching for home. Desperate to hear of their families’ escape from Assad or Daesh or the waters of the Mediterranean.

It would be crass to make out that Scotland somehow understands the migrant’s fate because of our shared experience. For us, this is historical stuff. But if we don’t have entirely shared experiences then at least we can understand on a human level. You’d think.

But some survive – despite our seeming attempts to throw away the talents – the ‘human capital’ that migrants bring with them. They can find their feet with help, understanding and support.

And we see analogous struggles among our own family and friends making new lives outwith Scotland, albeit for economic reasons rather than for personal safety.

Under more conducive circumstances, Scotland exports her children and with them the education and upbringing we have poured into them. The Facebook updates we get from London and America to Bathgate, Linwood, Methil, Irvine give us glimpses into the life of the economic migrant. So perhaps we understand. A little.

It is hard to divine a national psyche. I said at the outset that we must not be complacent about Scottish racism. But in the dialectic between embracing and rejecting, it does seem to me that Scotland wants to be sensible about migration.

Asylum seekers – who are forbidden from working on pains of being chucked out – have PS39 per week to exist on.

I choose my words carefully here. The dominant rhetoric about ‘sensible’ migration is most normally a code for slamming the door of Fortress Europe to all but those of proven talents who we want to poach from the nations that have invested in nurturing them.

A more sensible version of sensible goes like this: parts of the world nearby are quite simply in a desperate situation. People are on the move. The door is being kicked open. Some will arrive here. The only sensible thing to do is to help them to fit in and join us in building our nation.

I have hope. Poets are our unacknowledged legislators. There is a particular poem we regularly sing to our Parliament, to remind them of our values: