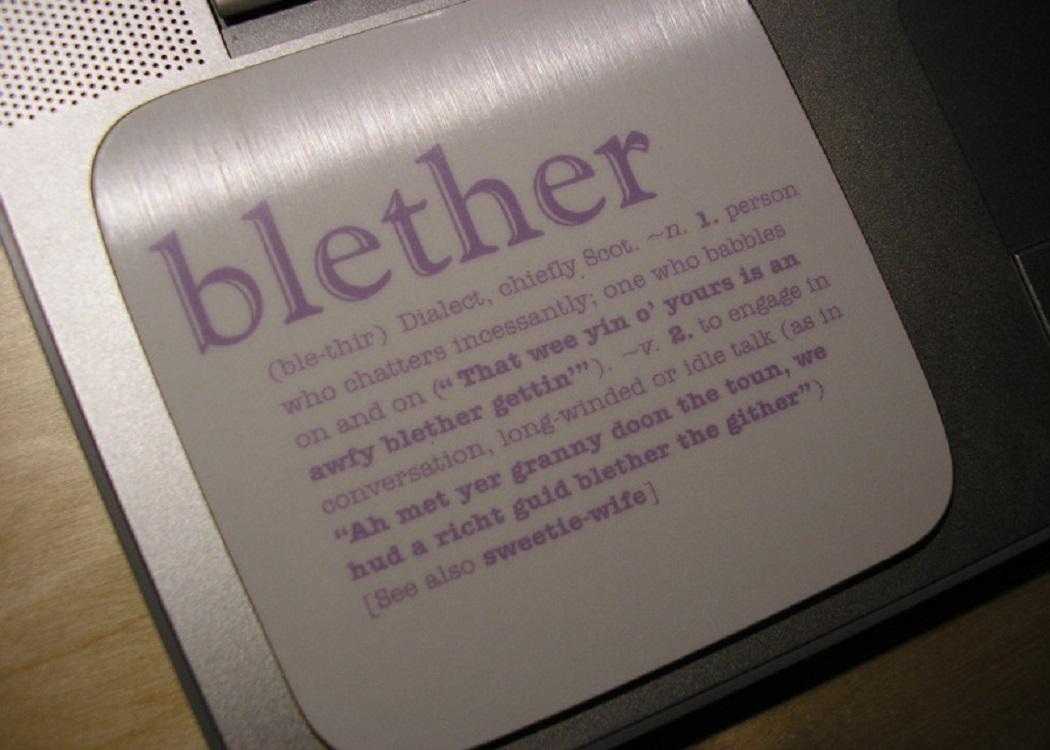 Let’s unpack that sentence. Awful? In Scots culture there is a dual dynamic. On the one hand, in Scotland you can start a conversation at a bus stop. On the other, we are reticent, dour, we hold it in.

How are you doin’?

Never brilliant, never miserable, just ‘no bad’. Don’t talk about it. Spare us the emotions.

And don’t mention politics. We’ve had enough of that.

At indyref, political conversation was essential to the cause. It was how ideas spread.

Not long ago I went from working in an office to working at home. The social transformation has been remarkable. I have been able to go out for walks. I bump into people and stop for a blether.

You hear all sorts. And without guilt. I am in charge of my own blethering time. It’s genuinely surprising how often Scottish independence just – comes up. Still.

At indyref, political conversation was essential to the cause. It was how ideas spread. As our media largely failed to do its duty (or – perhaps – as it succeeded in the utmost at its duty), leaving us uninformed, we were forced back on what we, as individuals, could pass on to one another.

In this process, the single most important medium was word of mouth. Sure, sure – we waged savage, futile keyboard wars, We handed out Wee Blue Books of facts and figures.

But before we even got to that stage – it was the everyday social interactions, over the garden hedge, in the office, in the corner shop that took us from 25 per cent to 45 per cent. And that will take us all the way.

What I don’t think is needed is shouty, in-your-face hectoring. Men (it is usually men) with megaphones is not my style.

My most memorable indyref experience was in the immediate run up to 18 September when I had the privilege of observing an Women for Independence / Independence for Women stall in Glasgow at which the women just talked to people. Talked, as ordinary women. This is how we must do politics – make it personal.

But there are obstacles in our way.

I don’t know about you, but in many cases I felt a nervousness, a reticence about talking. Was I allowed to mention it in the workplace? I worked at the time in a famously No-voting industry.

Public spaces are being locked down everywhere. But we can sometimes recapture our common spaces.

But they didn’t go quite as far as some employers – including one public sector employer that I know of – and ban referendum talk on pain of disciplinary action.

I don’t necessarily see this as an anti-indy plot. Rather, it’s just another example of the erosion of our workplace terms and conditions in recent years. When I started my career, tea breaks in the canteen and social clubs were the norm (yes – I am that old). These are now rarities as more and more of our social being is expected to be committed to work

Or was I allowed to hand out leaflets to strangers? We did that, of course, but some of the challenges of setting up a stall from which to do so could be interesting. It seems that if you can pay for a pitch to sell organic burgers at a Farmer’s Market, but beside that – you’d better be careful you were not encroaching on commercial space. Taking your chances in front of a boarded up shop seemed to be the best bet.

Oh – and even then – wanna talk about thrown eggs? How about cars driven onto the pavement and aimed at folk? Saw that.

Public spaces are being locked down everywhere. But we can sometimes recapture our common spaces – such as when my local Common Weal group staged a community ‘OXI means OXI’ demo , specifically to establish the high street as a place where politics can happen.

Common space is so important. Dear readers, I use those words deliberately. We have become aware of the need to carve out territory in the media space. But let’s face it – those inclined against independence read entirely different media to those who are for. As far as they’re concerned it’s all something cooked up by the SNP. The Common Weal? What’s that?

So the vital task remains: talk to people. And that means finding a social venue, a physical – not virtual – common space. We’re just going to keep having to look for ordinary opportunities if we want to keep it on the agenda. Because nobody else will.

I think we’re getting better at it. I don’t know about you, but there was a period where I went a bit quiet again. I was a bit feart of wearing my Yes badge. But then – the election gave an excuse. Heads are being held higher. We feel in control.

We have six years to go, so I am most explicitly not suggesting that we have to get in faces and discuss the Barnett Formula at every opportunity. I would be as bored by that as the other person.

But we must learn to blether. At the risk of sounding like Miss Manners, we must hone the art of conversation. Work out where people are coming from, learn to speak their language, learn to frame the debate so they can start to think differently for themselves.

The vital task remains: talk to people. And that means finding a social venue, a physical – not virtual – common space.

All of this requires the forgotten part of conversation – sometimes just STFU and listen. Look into their eyes.

Keep up to speed. Keep reading CommonSpace and all the others. Be the pleasant, informed person – optionally with the Yes badge. And remember: No voters are not the enemy, just friends we haven’t convinced. Yet.

Here’s how it goes. Actual incident that happened recently:

Scene – Continental Food Store in the west end of Glasgow

Delivery guy: What’s that badge for?

Me: Oh – this thing called the Common Weal.

Delivery guy: Naw! The other one.

Me: The Yes badge? It’s from the referendum.

Delivery guy: We’re no havin’ another one, are we?

Delivery guy’s pal: (Thumps Delivery Guy on shoulder) Aye! We’re no takin’ No for an answer!

And off they go, blethering about it.