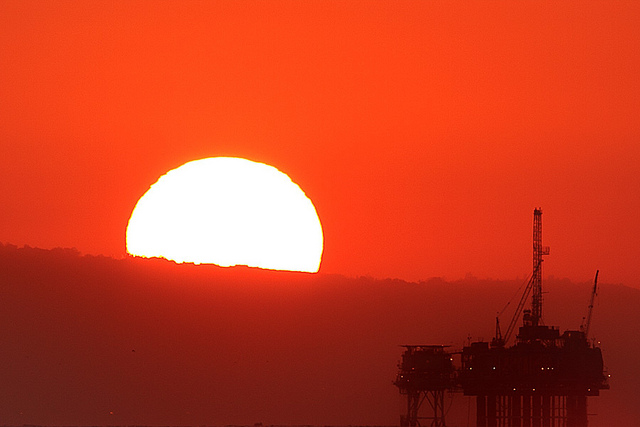 MENTION of oil always sparks an interest in Scotland as the backbone of a strong economy. Historically it has been mismanaged, but what should be done about this?

The indy media have featured various oil article lately. In advance of the latest GERS figures, a recent edition of the Sunday Herald splashed with a front page feature on Westminster and the big lie about Scotland’s oil. Recently, The National has featured stories talking up the oil industry’s prospects – such as this and this.

The Sunday Herald feature in particular generated a degree of online comment, some of it from opponents of independence accusing a “grievance culture”.

It is undeniable that successive UK governments have squandered oil.

It is undeniable that successive UK governments have squandered oil. Oil was used to maintain the balance of payments, keeping the currency strong and favouring financial products at the expense of other industries.

This had drastic consequences for the now post-industrial wastelands of the UK. The UK as a whole, not just Scotland, has a right to be aggrieved. That is, if it is a grievance to want a competent government and a sound economy.

In brief, The Sunday Herald report looks at how UK oil has fared since 2014. As reported by Business for Scotland (BfS), Norway has made nearly £29.33bn in oil and gas revenues, while the UK lost almost £22.8m. This is due to the cutting of taxes by the UK while Norway left its high rates unchanged.

(With respect to BfS, it does not say that Norwegian fields are larger and more geologically easy to operate in. Sensible Norwegian policies have played their part, but it is difficult to see how UK oil could have generated substantial revenue in the same timescale.)

In fact you could put the origins of this mismanagement further back in time with the failure to establish a sovereign wealth fund. Norway has managed to salt away $958bn for the future – and there are careful management structures in place to ensure that it is used wisely with respect to the rest of the economy.

This is a crucial time, not just for oil, but for energy as a whole. Oil isn’t the only area where the UK Government is failing.

Prior to indyref there was much talk about a Scottish sovereign wealth fund. With the oil price having shot up to $112 per barrel, this looked attractive – even if it, after so many wasted years, would not catch up with Norway’s.

But the oil price crashed and is now hovering around $50 per barrel. Granted, oil price is notoriously volatile – but this crash has every appearance of being related to global trends and there is no recovery in sight. It is difficult to see how a viable oil fund could be built up.

Meanwhile, oil companies have been telling the UK Government that it needs subsidies to defray various costs (more difficult exploration; decommissioning platforms near their end of life). Former chancellor George Osborne was glad to oblige, and so taxes were cut and oil revenues turned negative.

But was there an alternative? The SNP’s 2017 manifesto suggests maybe not: “Only after pressure from SNP MPs did the Tory chancellor abolish the petroleum revenue tax and halve the supplementary charge to 10 per cent. That’s just a start.”

I quote that quite genuinely not to discredit the SNP – it is rightly concerned about jobs –  but to point out a bind, because whereas we can talk all day about how oil has come to this, the point is: what can be done about it?

I want to say this clearly: oil will not make Scotland significantly wealthy in the future. Too late.

This is a crucial time, not just for oil, but for energy as a whole. Oil isn’t the only area where the UK Government is failing – we could add lack of support for renewables; how to secure energy jobs; energy resilience (e.g. whether to invest in nuclear); fracking.

Because here’s the real deal: oil is over anyway. This might sound perverse, given regular reports of new oil finds. In truth, many of these are of low quality and hard to extract. Furthermore, the UK and Scotland have signed the legally-binding Paris Agreement and extracting all our reserves would break that. And in any case – global competition from renewables will keep the oil price down, making it even harder to draw revenues from the North Sea.

I want to say this clearly: oil will not make Scotland significantly wealthy in the future. Too late.

Previously, I have written about Scotland’s “oil culture”. By this I mean the political mindset that places so much importance on oil that it becomes difficult to frame the independence question without oil as one of its key pillars.

For 40 years, people have grown up with the idea of mighty oil. For many, it is our livelihood or part of the landscape of our lives. But times have changed, and we must change our minds with them.

For 40 years, people have grown up with the idea of mighty oil. For many, it is our livelihood or part of the landscape of our lives. But times have changed, and we must change our minds with them.

At some point – soon – we will be making a transition away from fossil fuels, and as things stand at the minute we’re in danger of getting things very wrong. Sound familiar?

If we were sensible, however, we would make a plan for energy – not just oil. (Including oil, however, nobody’s suggesting we should simply stop pumping). It was the ideological lack of a plan that set the conditions for the UK to fail where Norway succeeded.

This is a critical time for oil, and for the transition away from fossil fuels. Indy spats about oil sit in a global context. What is needed is not simply to rehearse past iniquities – no matter how grievous we feel they may be (and some of them are!).

We need to move on. We need to give more attention to where we go from here.