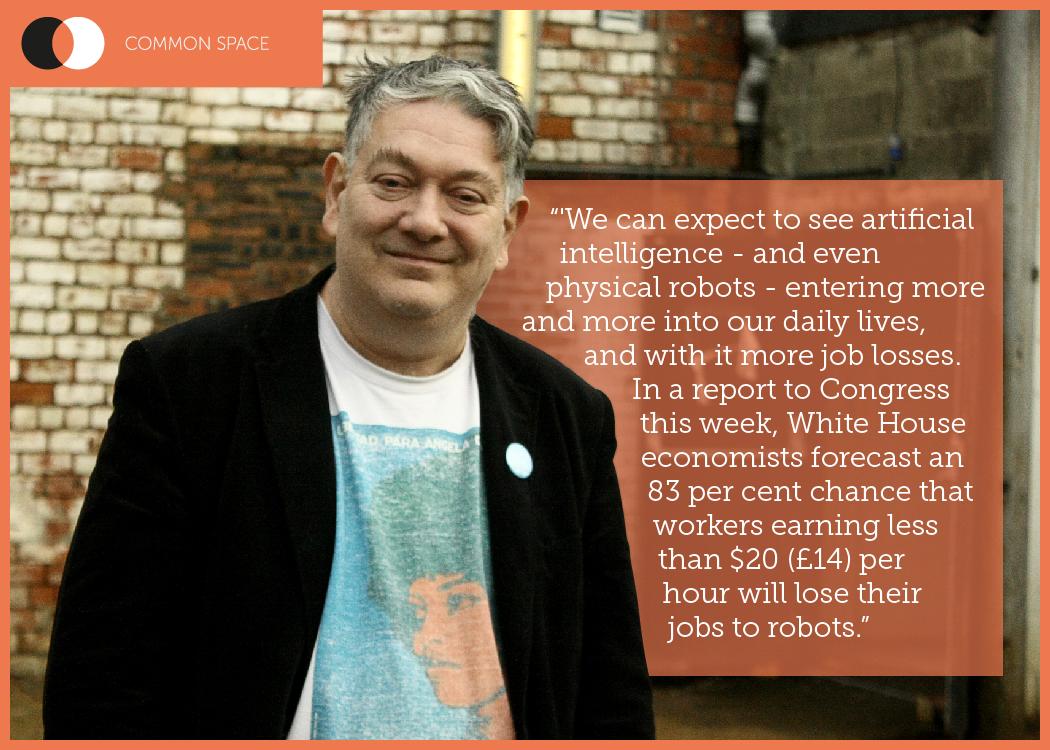 “TO secure for the workers by hand or by brain the full fruits of their industry and the most equitable distribution thereof that may be possible upon the basis of the common ownership of the means of production, distribution and exchange, and the best obtainable system of popular administration and control of each industry or service.”

So reads the abandoned Clause IV of the Labour party constitution, written by Sidney Webb in 1917.

Why the hand/brain distinction? Webb’s Fabian Society was keen to show common cause across a diverse working class. The struggle did not only concern the hewers of coal and weavers of cotton but also higher status jobs such as clerical work, teaching – and the intellectual contribution of people like the Fabians.

For all our nostalgia for the social cohesion of industrial communities, jobs like coal mining were dirty, hard and dangerous – it was far better to have high-status ‘brain work’ jobs.

The difference is moot. Even the most physical worker – say, an orthopaedic surgeon – works, one hopes, with their brain. Even a worker who has to use her brain constantly – say, a childcare worker – works hands on. And there have been numerous examples worldwide, including on Clydeside, when industrial workers have shared the intellectual knowledge of their jobs to cooperate successfully with management.

But we do make the distinction between intellectual and physical work. There is a hierarchy, reflected in the pay, working conditions and societal status of various career paths.

For example – despite protestations otherwise, vocational qualifications are clearly valued less than a university degree. The annual fees paid by The Scottish Government for each degree course is PS9,000pa. By contrast, funding for Modern Apprenticeship courses typically works out at around PS7,000 per student, spread over three years.

In the latter half of the 20th century the position of UK manual workers became ever more precarious. A major factor was economic policy that favoured the service sector, particularly financial services, over ‘old fashioned’ manufacturing – an impersonal matter of currency rates which tore the heart out of communities by wrecking the workplace relationships that were their foundation.

The decline of manufacturing was, certainly, also the result of overseas competition. However, our neighbouring countries were able to maintain and even grow their manufacturing base by investing in technology – although itself not without its effects on employment.

But these are now also under threat. Voices including journalist Paul Mason and SNP grandee Jim Sillars have been talking about the looming unemployment crisis as AI becomes able to do a whole host of jobs.

To some extent job impacts were mitigated by the arrival of new jobs. We saw the rise of the call centre. But it was a hirer’s market in which we simultaneously saw a marginalisation of work – lower pay, contractorisation, temporary and zero-hours contracts, unsatisfactory jobs and working conditions.

It is perhaps reflective of society’s underlying attitude towards physical work that some were secretly rather glad that these physical jobs have been replaced. For all our nostalgia for the social cohesion of industrial communities, jobs like coal mining were dirty, hard and dangerous – it was far better to have high-status ‘brain work’ jobs. And the continuing state of our de-industrialised wastelands suggests that governments didn’t care.

But these are now also under threat. Voices including journalist Paul Mason and SNP grandee Jim Sillars have been talking about the looming unemployment crisis as artificial intelligence (AI) becomes able to do a whole host of jobs thought to be the sole reserve of people.

This is not new. Many years ago I studied industrial ergonomics. We discussed writings by Clive Jenkins of the ASTMS trade union who predicted that we would soon have “more leisure than we’d know what to do with”. Even callow undergraduates could see a problem here: how would we pay for our leisure if our jobs were automated? Perhaps the only people earning money would be those who owned the machines.

We also learned about something called ‘Fitts List’. In 1951, industrial psychologist Paul Fitts compiled lists of what people and machines could each do best. In theory, work systems could be designed to make the most of the strength of each, but the reality is that work is often designed around cheap, efficient, reliable machines, with the people picking up scraps of whatever is left.

This week, the British retail consortium said that almost a million jobs could go over the next decade, and hundreds of high street stores could close.

My favourite example is automated checkouts in supermarkets . They perform all of the scanning and cash functions – or, rather, shoppers do. Staff are relegated to dashing between checkouts to verify shoppers’ ages for alcohol purchase, or to intervene when the machines turn out not to be as smart as they think they are. People become machine minders.

Things are getting worse. The jobs of the workers with brains have come under pressure from further automation. This week, the British retail consortium said that almost a million jobs could go over the next decade , and hundreds of high street stores could close.

Internet shopping is to blame: more jobs in face-to-face retail replaced by fewer, unsatisfying jobs in which people become warehouse stock handlers, their every move monitored for efficiency – people made to work as if they were robots.

The growth of technology is governed by ‘Moore’s Law’ – loosely that computing power doubles every two years. We are beginning to get to the stage that fewer and fewer jobs will be safe. This includes middle class, intellectual jobs.

For example, computers can now scan pages and pages of legal documents, extract relevant phrases and produce as summary – a job that would have previously required a legal qualification.

We can expect to see AI – and even physical robots – entering more and more into our daily lives, and with it more job losses. In a report to Congress this week , White House economists forecast an 83 per cent chance that workers earning less than $20 (PS14) per hour will lose their jobs to robots.

But if technology presents us with a problem, it also presents opportunities. Automation can become the servant instead of the master of humanity.

As well as spelling potential disaster for people, this gives capitalism a problem. For if nobody is earning money – who can afford goods and services? The whole raison d’etre collapses.

But if technology presents us with a problem, it also presents opportunities. Automation can become the servant instead of the master of humanity – although this will require thought into how we order our way of doing business.

Imagine a society in which the fruits of production were secured for people and distributed equitably. Sound familiar?

We might as well. Nothing else is going to work.The time has come for some old ideas – like community ownership – and some new ones, like a citizen’s income.