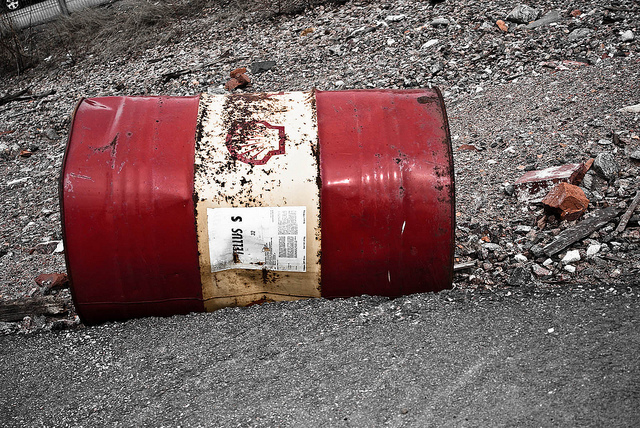 CommonSpace columnist David Carr calls for the carbon cost of an oil fund to be weighed up against its benefits.

NORTH SEA oil remains an emotive subject in Scotland. Its squandering over the forty-odd years since its discovery has left a bitter taste in many mouths. Comparisons are made with Norway who judiciously stewarded its resources to the extent that it now possesses a $1 trillion sovereign wealth fund, available for investment in its citizens’ future.

No such luck Scotland – nor, indeed, the UK as a whole. It is therefore understandable that many in the independence movement are keen to finally get their hands on ‘Scotland’s Oil’ and put its revenues to constructive use.

The recent call by the SNP on the UK Government to set out a timescale to complete the devolution of oil & gas has been welcomed by many. It potentially provides an opportunity for Scotland to position itself to use an estimated 20 years of reserves to drive future investment via a Scottish oil fund.

I make no secret of the fact that I think that oil should be left below the seabed. The recent UN Intergovernmental Panel on Climate Change report giving us twelve years to mitigate climate catastrophe should focus minds.

READ MORE – Pete Cannell: Join us on Saturday to plot a just climate transition in Scotland

I realise here that I am asking us to turn our noses up at an opportunity. It’s cruel to have oil wheeched away when we are so close to getting our hands on it. I recognise that I am challenging some cherished thinking and sacred factoids on oil and its relevance to independence. For some, the message is unpalatable. I have discovered from social media that things can get quite fraught when dissent is voiced about oil. Some believe that to challenge on oil is to declare for the Union.

We may have to disagree. That’s the point of a democracy. But we should at least open the books and  put the oil fund policy to the test. The question is whether the money generated by an oil fund is worth the extra tonnes of carbon added to the atmosphere? We are in the territory of Cost Benefit Analysis – a familiar tool in business and politics alike. My modest proposal is that we include carbon on the spreadsheet.

The Cost side is easy. To unfairly subvert the words of Maureen Watt, MSP for Aberdeen South in The National: “North Sea oil & gas took millions of years to form – and yet we face the real risk of its remaining potential being squandered in just the next two decades unless Scotland takes matters into our own hands.”

Nail on the head – sort of. If we are really foolish enough to pump millions of years more of sequestered carbon into our already chaotic atmosphere – it matters little who squanders it. Scotland should take matters into our own hands – and stop it. The IPCC report tells us clearly the consequences if we don’t.

In Cost Benefit Analysis terms, we should give anything that mitigates climate catastrophe a high weighting because of the risk it poses.

Now the Benefit side. We can use revenues from oil production to fund a Scottish Futures Fund and use this for social good.

Here we might have to manage expectations. Andrew Wilson writing, again, in The National is clear that “there is no pot of black gold at the end of the rainbow but there is a toolbox”.

A quick word about oil funds. The Norwegian fund is not used for current account spending. Capital is left untouched and a carefully constrained amount is taken from investment dividends, that amount being agreed democratically. This model is for sound economic reasons. A much smaller Scottish Fund for Future Generations would not easily build up for future years if also being used for immediate spending.

But any extra money is beneficial. Wilson has given the example of funding projects for social inclusion. This ask, however, is moral blackmail. Oil is not the only form of funding we could use. Another economy is possible. The same applies to concerns about jobs in the oil industry. The Just Transition movement is showing ways of retaining jobs in a post-oil economy,

It is counterintuitive that our fund will not generate much income. How can this be with such huge reserves? The reasons are complicated, partly to do with global trends in the oil price – and partly to do with tax breaks which the oil industry urge are necessary to keep turning profits. These tax cuts are supported by the SNP. From their 2017 General Election manifesto:

“Only after pressure from SNP MPs did the Tory chancellor abolish the petroleum revenue tax and halve the supplementary charge to 10 per cent. That’s just a start.”

This may have been a blessing to the industry, but as a result revenues went negative in 2016 and have stayed low since. The Office for Budget Responsibility forecasts just £0.9bn for next year and subsequent years. That’s not a lot. (Recent budget figures used by the SNP of £15bn over six years – also not a lot – conflict with the OBR).

Incidentally – there is a further cost benefit tradeoff to be made – whether to use oil to fund the transition away from oil. This has some merit – Norway and Denmark are both beginning to divest from fossil fuels and invest in renewables. However, despite what the oil lobbyists’ glossy brochures say, the numbers do not stack up for burning more oil to burn less. And in any case it is not explicitly the purpose of the Scottish fund which would – it needs repeated – be small. In addition the timescale we have for our ‘spend-to-save’ is also small. Could burning oil yield a benefit in the critical  twelve year period indicated by the IPCC?

A further thing to consider in the Cost Benefit Analysis spreadsheet is that oil comes at a financial cost. As this example from Climate Ready Clyde implies, there have already been measurable costs.  The IPCC report tells us that these are nothing to what is coming. These ‘externality’ costs must be subtracted from the benefits of an oil fund.

Cost Benefit Analysis is not just a matter of turning a handle and out pops an answer. The decisions are political. Build up an oil fund versus get serious about decarbonisation amounts to leave a (small) legacy of cash versus leave a legacy of a chaotic climate.  Which we would want for future generations is a matter of outlook.

I have written previously about the need for an urgent plan to tackle climate chaos. It is far from clear that we have one. The idea of an oil fund may look attractive – but it is only half the equation. On the basis of the evidence we have, and in accordance with the Scottish Government’s own commitment to tackling climate change,  it is not at all unreasonable to suggest that any policy that considers oil should also consider climate. The IPCC report makes it vital. Currently we are failing on oil – and on fracked gas, of which Scotland is Europe’s biggest importer for the Grangemouth petrochemical plant.

Speaking to CommonSpace. Green co-convenor Patrick Harvie MSP said First Minister Nicola Sturgeon should respond to the IPCC report by calling a summit with “no limit set on our ambitions’ to tackle climate change. This could be the sort of democratic approach to the problem that we need – an opportunity to put carbon on the spreadsheets. Maybe it’s right that we should pump twenty years more oil to fund the transition from oil? I doubt it – but at least let’s have a proper discussion which brings all the facts to the table.

I expect to be unpopular. In indy circles, oil has become a touchstone for some. But how sure are policy makers that the public don’t by now understand enough to equate oil with climate catastrophe?

Shortly before indyref someone asked me: “What is the first thing you would do after independence?”. “Oh – set up an oil fund!” I replied. I was wrong. I had not understood  the paucity of such a fund. The naked clarity of the IPCC report has since convinced me of the urgency of action on climate catastrophe.

An oil fund and the benefits derived from it would be a regrettable loss – but not a game changer. But there is more than one side to the equation – and as my maths teacher used to say: “show your working out”.