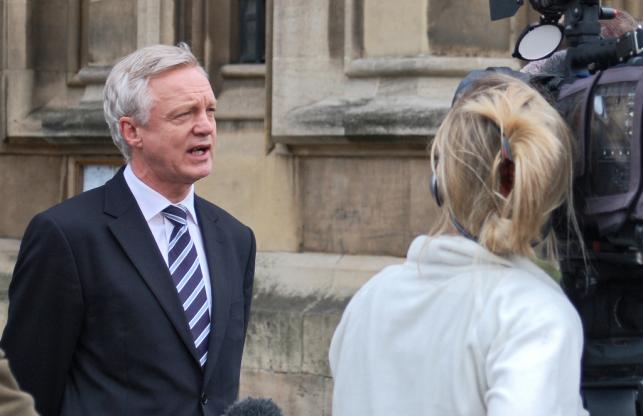 THE CONSTITUTIONAL CHAOS of a Tory Brexit has intensified following the admission of the UK Government that it will have to seek support from Scotland, Wales, and Northern Ireland for its major Brexit law.

Brexit minister David Davis finally, after months of prevarication, admitted that the Tory’s legal changes will impact the power of devolved parliaments, and therefore Holyrood, Cardiff, and Stormont will get a say on that aspect of the Brexit deal.

The admission has been welcomed by the SNP – but it still remains unclear whether the Tories will reconsider any of the compromise proposals that the party has rejected over the past 12 months. It is also unclear what would happen if the Scottish Parliament – which overwhelmingly opposes the Tory’s approach – rejected consent for the Repeal of the European Communities Act 1972.

The so-called ‘Repeal Bill’, planned by the Tories to transfer EU law into English and Welsh, Scots, and Northern Irish law, will be the major challenge for the newly elected Westminster Parliament.

While the Tories have refused to agree any compromise with the Scottish Government, the UK Government is required to seek legislative consent through a ‘legislative consent motion’ for any law that seeks to change the powers of the devolved legislatures. However, given devolved power is retained at a Westminster level, the UK Parliament does have the power to impose any legislation upon Scotland – although such a move would undermine the agreed devolution settlement of the past 20 years.

Davis, explaining the need for consent, told the House of Commons: “Nothing is more central to this than the so-called great Repeal Bill. The principle is straightforward: it is to repeal the European Communities Act 1972 and to transfer existing European Union law into UK law…I cannot stress enough to the house and to the nation the importance of this bill in ensuring that we have a smooth and orderly exit from the European Union.

“Every part of the United Kingdom needs to prepare its statute book to ensure that it can function after we leave the European Union. The repeal bill will give the devolved administrations the power to do just that, to ensure a smooth and orderly exit for all. As we have also said repeatedly, we expect there to be a significant increase in the decision-making power of each devolved administration once we exit the EU.

“The UK Government must now publish full details on the LCM and how the devolved administrations will be involved in Brexit negotiations going forward.” Stephen Gethins

“That is why, given that the Bill will affect the powers of the devolved institutions and that it legislates in devolved areas, we will seek the consent of the devolved legislatures for the Bill. We would like everyone to come together in support of the legislation, which will be crucial to delivering the outcome of the referendum.”

Every area of Scotland voted to Remain in the European Union.

Commenting on the confirmation, SNP International Affairs spokesperson Stephen Gethins MP said: “I welcome the secretary of state’s confirmation that Scotland and the devolved administrations will receive a LCM on the Repeal Bill.

“The SNP will always protect Scotland’s interests as we face this extreme Tory Brexit. The UK Government must now publish full details on the LCM and how the devolved administrations will be involved in Brexit negotiations going forward.”