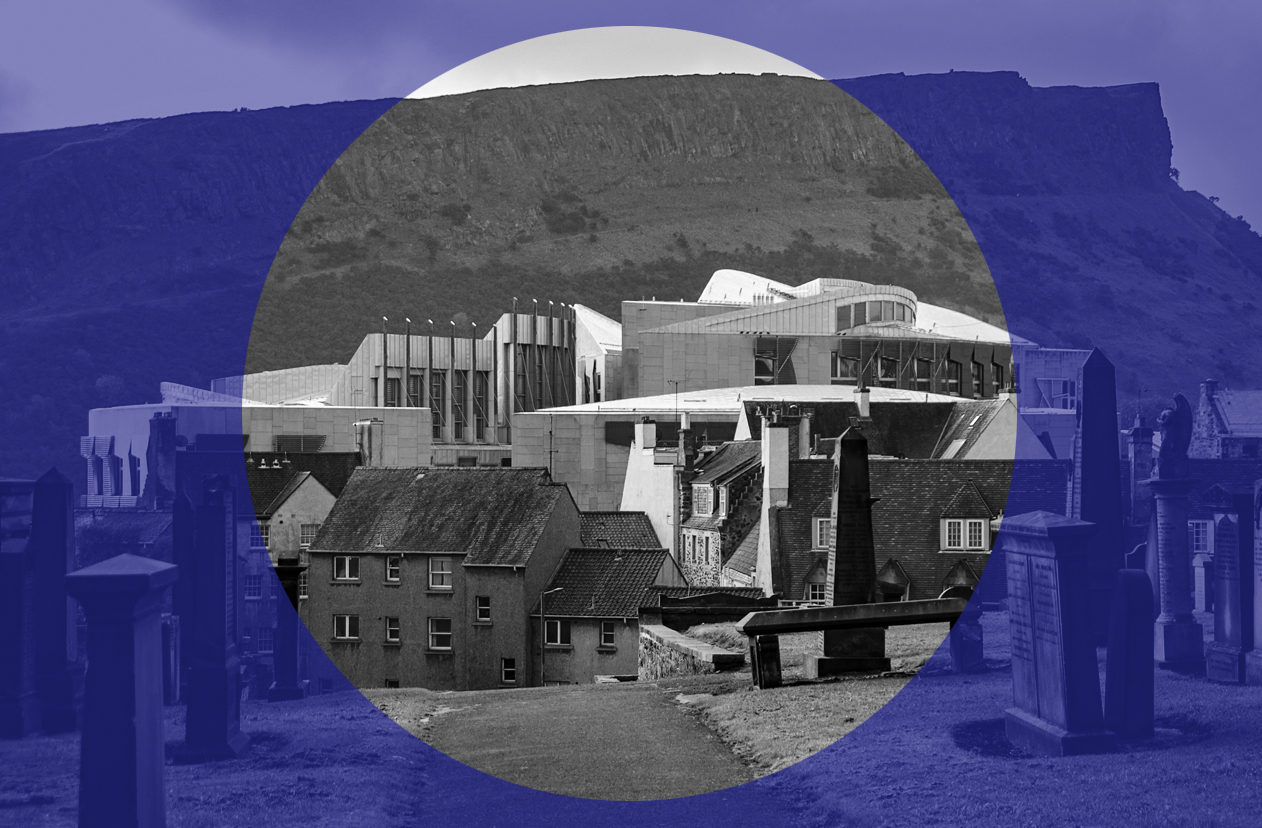 “Findlay’s Devo Max option is wildly ill-conceived, taken from the perspective of his own political commitments to a more egalitarian, democratic and just society. His own Devo Max option is the perfect vehicle for elite interests.”

NO ONE can any longer believe that September 2014 represents consensus on the national question. No one is pretending to believe either, not even Prime Minister Boris Johnson, who has branded devolution a “disaster”.

Scottish Labour MSP Neil Findlay has made his (nothing if not consistent) pitch for a third ‘Devo Max’ option to be placed before Scots in any future vote on the national question.

The most common response to Findlay’s intervention was to say that the time had come and gone for such an idea. Historical forces have pressed us forward to where we are – with a country split between independence and Union camps, with a historic pro-independence majority in recent months.

Indeed, we should recall that a ‘Devo Max’ option had its brief moment in Scottish politics, when it was advanced by the Scottish Government in the 2012 negotiations on what would eventually become the binary 2014 vote. It was then PM David Cameron who refused what was widely seen as a sure-fire victory for gradualist nationalism. Since then, it is true, the new framing of Scottish politics has buried Devo Max.

This argument is not, however, a satisfactory conclusion. It answers the Devo Max case with a fait accompli, rather than a repudiation.

We have no idea what twists and turns lie ahead of us on the national question. A three option referendum has been mooted by some academics and thinktanks, and within the British establishment further devolution is seen as a spoiling method against independence. Though the development of a so-called UK internal market, with all its new burdens on the existing devolution settlement, is part of a strategy to see-off the challenge in Scotland, that strategy will likely include concessions. It is inconceivable that future Unionist manoeuvres would include a wholesale roll-back of devolution, as this would risk massively increasing support for independence.

Findlay’s option (or some version of it), therefore, is a distinct dynamic in future debates. The hope of at least one faction will be that an area of soft independence support – perhaps motivated by disgust at Johnson, Brexit, the handling of the pandemic or the years of instability that have rocked the Union – can be drawn together with pro-Union sentiment that accepts the need for change. As noted above, a Devo Max option was expected to sweep away ‘No’ and ‘Yes’ options had it made the ballot paper.

That said, Findlay’s Devo Max option is wildly ill-conceived, taken from the perspective of his own political commitments to a more egalitarian, democratic and just society. His own Devo Max option is the perfect vehicle for elite interests.

His conception of Scottish politics as trapped in a Trumpian nightmare of false binaries and political tribalism paints the SNP leadership as their usual media caricatures; pro-independence fanatics bent on separation at any cost. Devo Max by contrast is moderate and conciliatory on the constitutional question, allowing a return to the real politics of public policy and governance.

This characterisation of the nationalist leadership is almost the photo-negative of reality.

Far from reviled, further devolution, including full fiscal autonomy, is very much desired by the SNP leadership. Findlay is highly (and rightly) critical of the current SNP case for independence, based as it is on proposals from the party’s Growth Commission for an austere state, financial regulatory alignment and Sterlingisation – the use of the pound without recourse to monetary policy or a central bank. But these measures represent an attempted conciliation of the independence cause with powerful institutions in London and beyond. They are not the signs of a red-blooded obsession with independence or sovereignty.

This is the nature of ‘elite capture’ of the constitutional question. We should not be surprised by this phenomenon. We live, as Findlay well understands, in a class society where all political questions ultimately relate to the conflicting interests of different social elements. The rich and powerful were never going to sit idly by and leave the majority population to redesign the country.

That meant, for most of the elite, opposing independence in 2014. Since then the independence case has been refashioned to more closely accommodate a wider section of establishment opinion, this is true. But what would make Devo Max immune from these forces?

On the contrary, it would appeal to all of the most conservative forces in Scottish society. The existing settlement is adrift and chaotic. It continues to distract and distort governance at a UK wide level. Many among the powerful will want things to change so that they can stay the same.

The fresh devolution of powers – for example Scottish finance minister Kate Forbes’ desired ‘full fiscal autonomy’ – would not necessarily generate a more progressive tax and spend policy. The Scottish Government has all manner of powers to construct a more egalitarian policy now and doesn’t use them. New slush for devolved government would more likely see an intensification of existing patterns – a patronage model of politics with hand-outs to trusted elite figures and organisations.

Nor would Devo Max generate new accountability. Even the ‘maximum’ leaves huge and vitally important areas of policy that effect Scotland at Westminster.

In his article, Findlay asks us to imagine the ideal level at which different powers might be devolved at a UK, Scottish and local level. Does anyone really believe that foreign and border policy are best left at Westminster – given the record of recent decades?

Perhaps the biggest winners from Devo Max would be the very SNP leadership which has benefited so much from the continuance of the Union. They hold a position of political strength with few parallels in the democratic world thanks to the failures of the Union and their record of fighting for independence in 2014. This faction is now struggling to reconcile independence to the Scottish Government’s wider orientation on big business and big landlords, on the ‘international community’ (the governments and organisations of powerful states), and on a conservative vision of ‘middle Scotland’ and its imagined interests.

Why remove the greatest threat to this elitist politics? There’s no reason to think Devo Max would threaten it.

Of course, for now the dominant independence case is firmly under the control of the SNP leadership and the bankers lobby that drafts independence policy. Those who support independence as a vehicle for social justice face a hard fight to reclaim their hopes of 2014.

But Devo Max faces precisely the same problem. It won’t be Neil Findlay in charge of some grand constitutional reform. Nor will it be the mass of ordinary Scots. It would be designed and implemented in Whitehall, Charlotte Square and St Andrews’ House.

The truth of Devo Max and ‘Federalism’ demands is that they most often represent – to their adherents, at least – a magic wand that will dispel the national question, doing away with all of the difficulty of our present political juncture. The class politics of the national question would be better taken head-on than evaded in this way. Our national debate could do with fewer, rather than more illusions.