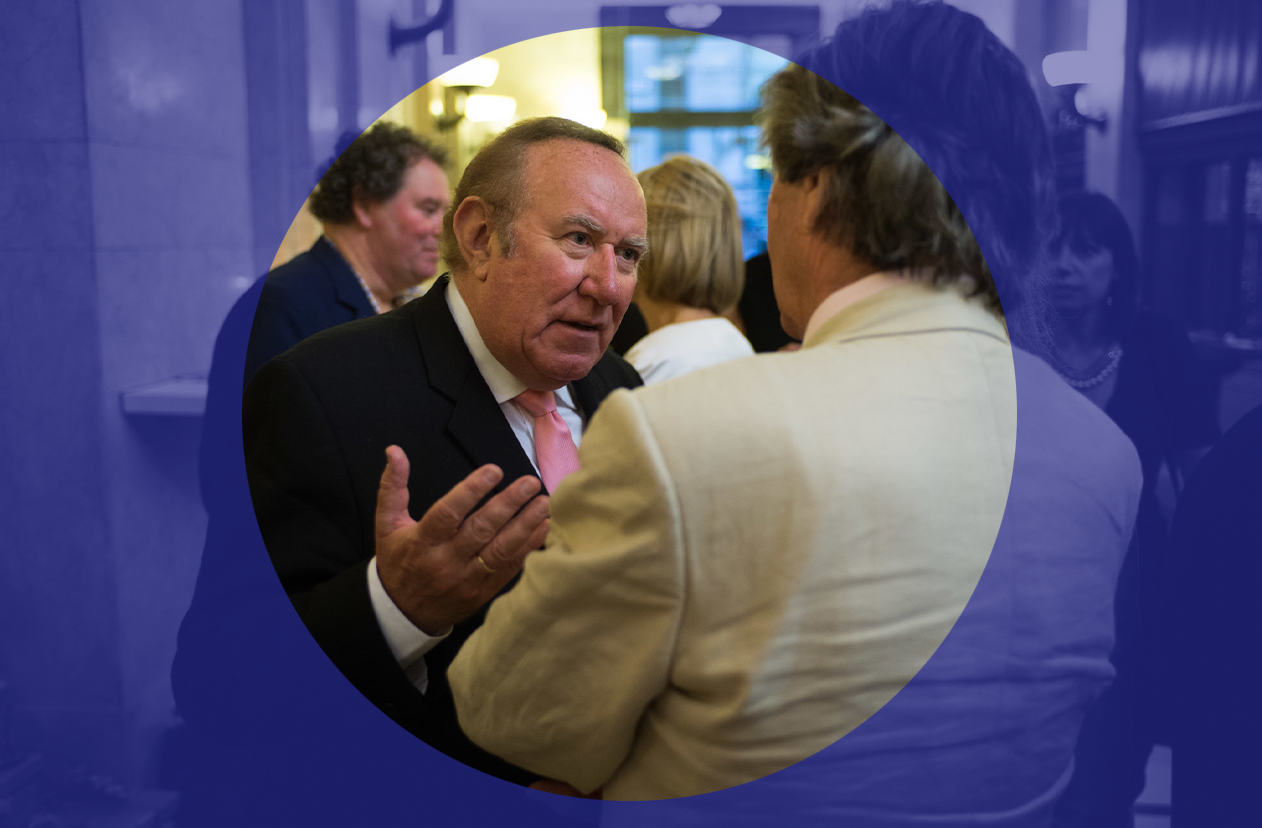 “It’s hard not to view GB News as Neil’s next step in his march of destruction through institutions which once promoted stability for Britain’s ruling strata.”

IF you watched any of the first 48 hours of Andrew Neil’s new GB News platform, you weren’t watching much.

A dark and dingy studio, with patronising monologues about flags and Britishness delivered by nervous-looking former Conservative MPs and tabloid pundits, frequently interrupted by glitches and gaffs. By ‘frequently’, we are talking roughly every two minutes or so.

Neil himself introduced a segment called “Woke Watch”. Another recurring feature was called “Union Jackass” and seemed to have something to do with people being disrespectful to the flag. Around half an hour of discussion failed to solve the question of whether “Britishness is political” – an argument at once byzantine and bovine. Whether one likes its views or not, The Spectator is a serious publication. GB News, on the other hand, is being pitched as infotainment, though there was strictly no fun to be had.

Neil began his career at his home town Paisley Express before working for the Conservative Party as a researcher, and from there to another staple of British Torydom the Economist. He then really came into his own as a creature of the media mogul Rupert Murdoch, after he was speeded to the editor’s position in 1983.

Neil was very much in the praetorian guard of the Muroch generation, and under his stewardship of the paper in the 80s it would become, in his own words, “the champion of a market-led revolution” against the “collectivist mindset” of the 1960s. It backed right-wing causes and Prime Minister Margaret Thatcher, and whipped up a moral panic about Britain’s amoral ‘underclass’.

He infamously celebrated the tycoon’s victory over print unions in the Wapping dispute in 1986; the crushing of industrial democracy put an end to “all that was wrong with British industry: pusillanimous management, pig-headed unions, crazy restrictive practices, endless strikes and industrial disruption, and archaic technology.”

Yet Neil has a patchy record of success in promoting the sales of his various publications. A US-based Fox News show, promising to court “controversy” as he said he did at the Sunday Times (and quite possibly therefore, an antecedent of GB News), fell apart before it even aired. He took over as publisher of The Scotsman in 1996 and by 2005 had reduced circulation to 70,000. According to the NUJ and staff, he had also savaged the historic title’s stature, quality and workplace culture with lay-offs and department mergers. In 2021, The Scotsman was sold for just £10 million.

Neil has therefore been at the top of the game of British media during its period of sharp decline. He ‘rationalised’ significant parts the industry by hacking away at resources and capacity, helping to make the desert we live in today.

Though a stalwart of right-wing politics, his turn to GB News was also the product of his falling out with the BBC, a publicly funded platform which has provided him with lucrative and high status work for a quarter of a century – a tenure very few in the industry (and many other industries) could hope for today.

However, the claim, so frequently made, that figures like Neil, his co-hosts and certainly the big money backers of the new venture are themselves ‘metropolitan elites’ – even more ensconced than the academics, columnists and Labour MPs they deride – is to take the phrase at face value.

Modern elite layers can be said to be split into two broad camps: those employed by state institutions, NGOs, universities and cultural industries and whose social function is the perpetuation of official morality. This section, usually highly educated, high-status and well remunerated, provides some of the functions that clerics would once have, leading the leftwing economist Thomas Picketty to call it the ‘Brahmin Left’ after his analysis of recent elections showed it now tends to favour centre-left parties.

The second camp – just as metropolitan in its composition – is more representative of the actual owners and managers of big business in the private sector. This element has accrued enormous wealth and political influence in recent decades, but it does not see itself as performing a wider moral leadership. This is because its ideology promotes a loosely libertarian message, the tropes of which are well known by now: greed is good, personal satisfaction is a legitimate end, competition is the best way to organise and so on. At its most extreme, this message has even become nihilistic, with figures from Berlusconi to Trump benefiting from the idea that they give the public license to ignore the moral proclamations of the ‘elites’.

The trick to popular anti-elitism which targets the first camp – as GB News seeks to do – is that businessmen make few moral claims on society, and thus can neither be ‘found out’ for their hypocrisy, nor depicted as petty authoritarians who want to place a bridle on public expression. The fact that, like Neil, they are often exceptionally controlling and authoritarian in their own industrial practices, and exert a not inconsiderable ideological influence over wider society, falls outside of the frame of the culture war.

What’s the future of GB News’ stoking of these embers? Success may look like the Australian version of Sky News – a ranty and opinionated right-wing soapbox which has become a staple of a structurally right-wing political ecosystem. Failure may look like the dissipation of ‘anti-wokeness’ with mass fatigue. The culture war has remarkable powers of self-reproduction, but if they are disrupted and public attention moves on, what will GB News offer, beyond what the BBC and other broadcasters provide but at higher quality?

Taking in the longue durée of Neil’s career in British media, it’s hard not to view his latest project as simply the next step in his march of destruction through institutions which once promoted stability for Britain’s ruling strata. He is at once an author and product of the unwinding of the ‘common values’ and civic sphere whose passing he now mourns… for a considerable fee.