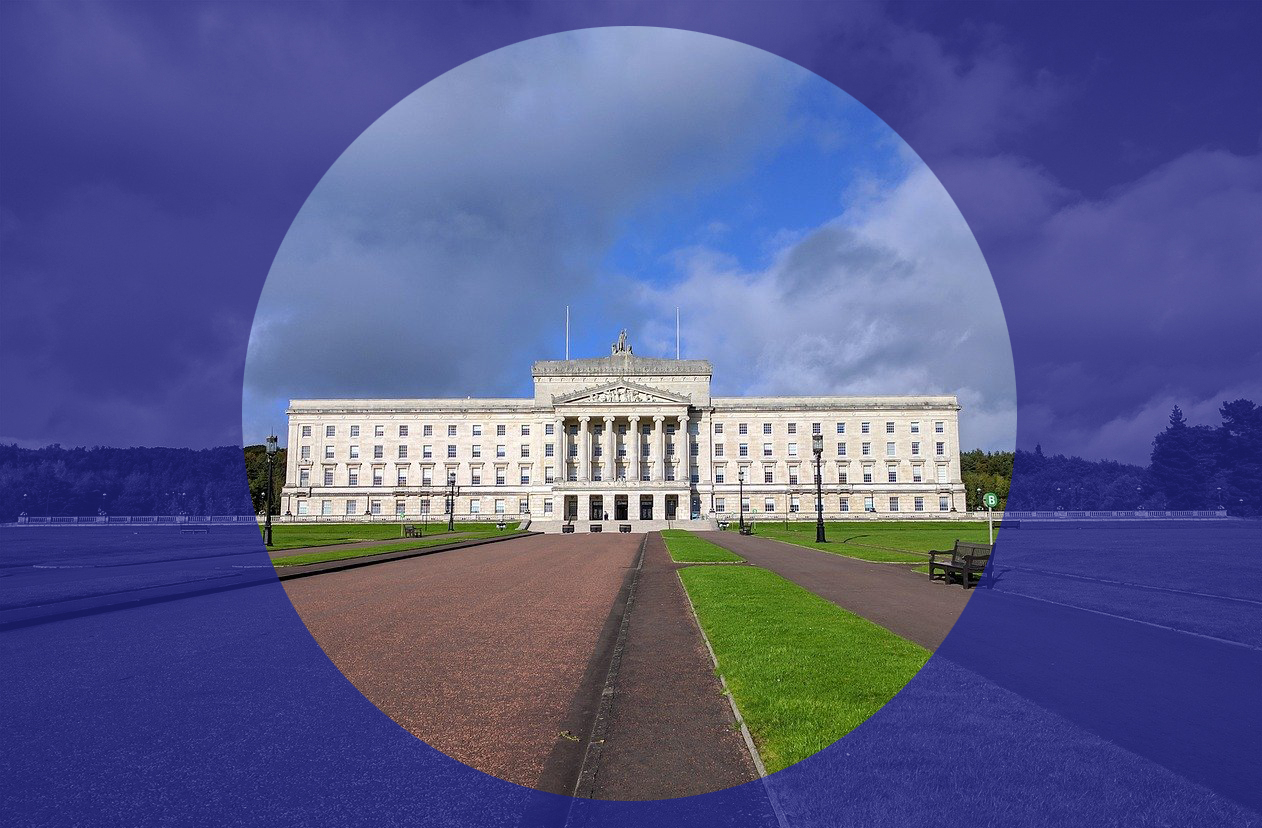 “The saddest thing about attempts to batter Northern Ireland’s distinctive and prolonged traumas into a Brexit-shaped argument groove, is the implication that things would be grand if only the boat hadn’t been rocked: we should seek to maintain the present ludicrous settlement, which has seen poverty and alienation flourish.”

FOR MUCH of the British punditry and political class, this is the first time they’ve seriously thought much about Northern Ireland since the Good Friday agreement in 1998, when the peace deal was welcomed in broadsheet land as a triumph for New Labour.

In this view of the world, the events of recent weeks, which have seen loyalist rioting in Derry, Ballymena, Newtonabbey, Carrickfergus and Belfast, signal the unwinding of these achievements. According to some, Brexit is to blame: the creation of a trade border in the Irish Sea is perceived as a threat by many Unionists, as it degrades their status as part of an undifferentiated United Kingdom.

This is a metropolitan framing, of course – it places London and the heart of events. To such a mindset, the UK’s diplomatic and trading status determines the political life of Northern Ireland, which is otherwise simply tribal, reflexive and unthinking. This is all ‘our’ fault, and we should have listened to those centrist sages of the 90s John Major and Tony Blair, before plunging into exit from the EU.

The truth is, that while we looked away, problems have festered in the six county state for 23 years. Good Friday instituted a power-sharing arrangement which overcame barriers to a stabilised political life, but it did so by locking the country into communitarian blocs. In this environment, local militias had to be bought off, and became service providers in many communities. The gun may have been largely extricated from Northern Irish politics, but the gunmen remained.

The new settlement offered the bulk of the population freedom from the worst of the violence, but little else. Jobs continued to fall away from the once heavily industrial region. Unemployment remained embedded in areas still controlled by gangs. By 2020, over 300,000 citizens lived in absolute poverty.

The leading force in the Northern Irish Executive, the Democratic Unionists, have been in a tough spot for years. Firm Unionist control over politics and institutions has slowly eroded, generating anxiety for the future. The long tail of Good Friday, its inability to provide communities with democratic and economic rights, has exacerbated traditional tensions between working and middle class Unionists.

The DUP’s cross-class appeal can only be maintained by its brand of intransigent nationalism, which leads it into a series of bizarre contradictions. The DUP therefore insisted on the hardest available Brexit, proving its British identity and tub-thumping against (half-imagined) antagonists in foreign, quasi-Catholic Europe, even though this would make a sea border with Britain more likely. Having aided in the symbolic separation of Northern Ireland from the new British customs and trade regime, they now call foul.

DUP leaders have helped to stoke disorder, by lashing out at rivals Sinn Fein over a Republican funeral that broke lockdown rules. This appeal to their own constituency is an attempt to hide their own blushes over a number of policy failures, including being used then dumped by the Conservative party (a recurring motif of Unionist history).

Before we pull this apart the claim that all was well in the land before Brexit, it’s worth conceding that Brexit has played its part. The re-organisation of borders, even invisible trading, customs and regulatory borders, was always likely to trigger animosity in Northern Ireland. But this is only so because of the artificial character of the statelet and its arbitrary physical and legal delimitations.

Infamously, Northern Ireland is not ‘Ulster’, because when the state was being constructed as an institutionally sectarian entity in the 1920s, its founders wanted to ensure a Protestant majority. More Catholic parts of Ulster were therefore carved out when the lines were drawn on maps. Internally, gerrymandering and the ghettoisation of the Irish Catholic population created new arbitrary borders within towns and cities – which were only re-enforced when upsurges of violence forced communities to flee into self-protective enclaves.

The Good Friday agreement, as much as it helped stem the worst of the violence, continued the institutionalisation of physical and cultural division. The events of recent days has concentrated at the ‘Peace Walls’ (which have become an item of gallows humour) which separate communities. As mentioned, the government itself operates (or in recent years, doesn’t operate) on the basis of power-sharing between communitarian voting blocs.

All this is to say that when you structure a multi-national community on unjust and arbitrary grounds, any movement of any of these borders is prone to spark conflict. So today Brexit may be the trigger, but tomorrow it might be the Irish language, the distribution of jobs or resources, the removing of a flag from a town hall, and so on.

Perhaps the saddest thing about attempts to batter Northern Ireland’s distinctive and prolonged traumas into a Brexit-shaped argument groove is the implication that things would be grand if only the boat hadn’t been rocked. In other words, we should seek to maintain the present ludicrous settlement, which has seen poverty and alienation flourish.

But the failures of the post-Good Friday settlement, and the hopelessness of Unionist ideology and loyalist violence as a response to these conditions, necessitate a different political approach.

This has been indicated ably by working class people themselves. Members of communities have gathered at Peace Walls to deter clashes, while hundreds of Translink workers have gone on strike in anger at an attack on a bus by loyalist rioters.

In Stormont, the socialist MLA Gerry Carrol expressed anger at loyalist violence, but also dismissed what he said were hypocritical condemnations from the ruling executive who had continued to promote loyalist groups and advanced policies which drove social collapse and desperation: “That is the legacy of this Executive who gathers today without a semblance of humility or recognition of the impact of its actions on the ground in working class communities, before issuing a hypocritical blanket call for law and order when anger erupts, after politicians have stirred the pot.

“In condemning the violence unreservedly last night, I am today calling for proper solutions to the crises in working class communities, for a radically different approach from the Executive and overall, for unity on the ground in disaffected areas.”

Northern Ireland is not a toy which British political factions can use to advance their various squabbles. It is made up of real people trying to live their lives in a grossly, institutionally dysfunctional state. Of course, it got that way after a century (and a great deal more) of British state involvement. There’s hope that the example of cross-community activism in defiance of a complacent political elite indicates a future beyond the Good Friday fix.